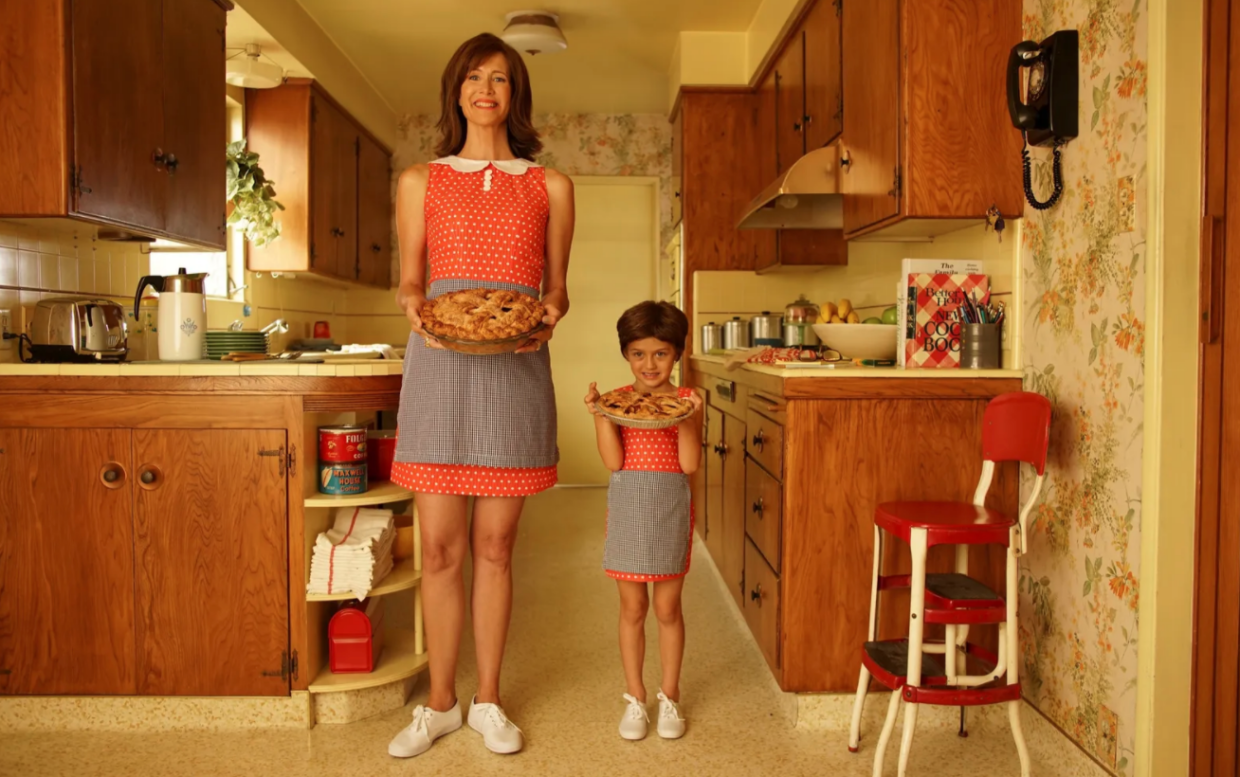 On this episode of Big Table, artist and photographer Jona Frank talks with J.C. Gabel about her visual memoir, Cherry Hill: A Childhood Reimagined (Monacelli Press), which documents, in elaborately staged sets, her troubled childhood growing up in the suburbs of New Jersey. Frank’s mother suffered from mental illness, as did her brother, who was eventually diagnosed with schizophrenia.

In the photographs, three different actors portray Frank at various stages of her adolescence, with actress Laura Dern cast as her mother. Frank’s writing, produced in vignettes, augments the original photography in Cherry Hill, a beautifully packaged book, designed by Alex Kalman. As Arthur Lubow pointed out earlier this year in a New York Times feature about Frank’s latest book, Jona Frank has “recreated non-Kodak moments, the kind that were hidden rather than commemorated.”

Jona Frank: All my previous work has been photography, but I carried these stories around with me and I thought about how my photographs all came out of personal experiences. There is this quote by Evelyn Hofer, the German photographer. For every iteration of the book—really until the very, very end—this was gonna be the first page of the book. But the quote is: “In reality, all we photographers photograph is ourselves and the other, all the time.”

If I look back at my previous work, I remember the day in my studio that I had all these pictures from High School, and I was editing them and realized as I looked at all these faces of these high school students from all around the country that I had recreated my own high school experience. I could look at the pictures and say, “this is that person” and “this is that person and that person,” and I understood at that moment what Evelyn Hofer meant: all of our photographs come out of our own experience.

It was the same with the religious right project. I grew up in a very Catholic family, and I felt like, if I became really devoted to my religion would it be as much a part of my life as it was for these kids? There’s a root to everything I’m doing in my own life. And really what I’m doing with this new work is turning it on its side and saying, “I’ve made portraits of all these other people for so many years that now I’m going to make this portrait of myself.” But if I was going to tell this story, I needed to write it as well as photograph it. The writing is meant to feel photographic; it’s meant to feel like there are these blurred edges between beginnings and endings and that some of it has the brevity of a snapshot. There are characters in it—me, my mother, and my brother—that anchor the story, but we sort of move in and out of this period of my life.

J.C. Gabel: I really loved the stylization of the photographs and the recreation of the set pieces from your own life. The book is building toward this rejection of the supposedly idyllic suburban existence of postwar America. I think that thread runs through this book pretty clearly. But there’s a lot of playful moments and a lot of humor too, and I think it was really fun how you balanced that out because there’s obviously some serious stuff with both your mother’s mental illness and your brother’s as well.

JF: I actually love that you pointed out the humor because obviously those are heavy issues with my mother and my brother, but I really wanted there to be my sense of humor in it. That hasn’t been noted very much, and part of me hopes people see that there’s also things in it that are meant to be funny—the absurdity of the repetition of this life. So I appreciate that.

JC: Not to single out a few episodes, but there’s that Lucky Charms, I guess we can call it the Lucky Charms Incident, where you bump into this display at a grocery store. It’s a total almost Seinfeldian moment, but to break that up with all the other stuff going on in the book was delightful, and I assume that was partially Alan Rapp and some of the other folks on your team who were responsible for you sequencing this in this order. Or did you have the sequence in your head yourself as you were doing it?

JF: Well, I had a pretty strong sense of the sequence, and when I started writing I knew where I wanted to end up. I knew that I wanted to end backing up out of that driveway and headed to wherever I’m headed. I like that it’s undefined, this sort of openness. What you have to do is go; you don’t have to specifically know where, but you just have to go. But there was a pretty loose thread through the book that school would be the anchor and that would be the path that we follow.

The writing was definitely a challenge, but I worked with a writing teacher and I loved the writing. I mean I loved it in a way that I didn’t expect to love it. I found it really fulfilling having this exchange with people and photographing people and spending time in their world, but there was this solitude in the writing. The way things would work out in my head—it was amazing to me. If somebody had said, “You’re gonna really indulge in the writing and it’s gonna be incredibly fulfilling,” I just don’t know if I would have believed them. But it was really this lovely surprise.

But I also will say that sometimes the writing made me feel a little bit crazy. When I was really in the midst of writing I couldn’t see people. I remember that twice I tried to meet a friend for coffee or something, and they would be talking to me, and I had this incredibly strange experience of seeing words, like actually seeing words, on the side of them. Twice, I had to say, “I’m sorry I have to leave” really abruptly. Fortunately, I have good friends who forgave what must have seemed like lunacy at the time. But my head was so involved, and the stories were emerging, and how to write them was emerging, and I just needed to be in it. That was a fantastic experience.

Jona Frank(b. 1966, Camden, NJ) grew up in Cherry Hill, New Jersey, the daughter of an accountant and homemaker. Her previous books include High School (2004), Right: Portraits from the Evangelical Ivy League (2008), and The Modern Kids (2016). Frank’s photographs have appeared in print and online publications including Newsweek, The New York Times Magazine, The New Yorker, and Mother Jones. Her films and photographs have been exhibited internationally and are held in the collections of the J. Paul Getty Museum, SFMOMA, and the Museum of Fine Arts, Houston, among others. She lives in Santa Monica, California, where she is beloved for her cherry pie.
Big TableCherry HillJona FrankLit Hub Radiopodcasts
Share:

Caroline Chambers on Substack and Alternative Forms of Publishing 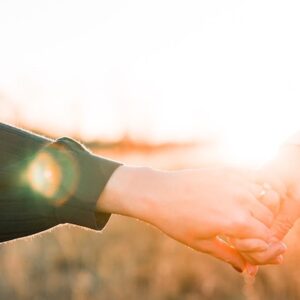 Caroline Chambers on Substack and Alternative Forms of Publishing