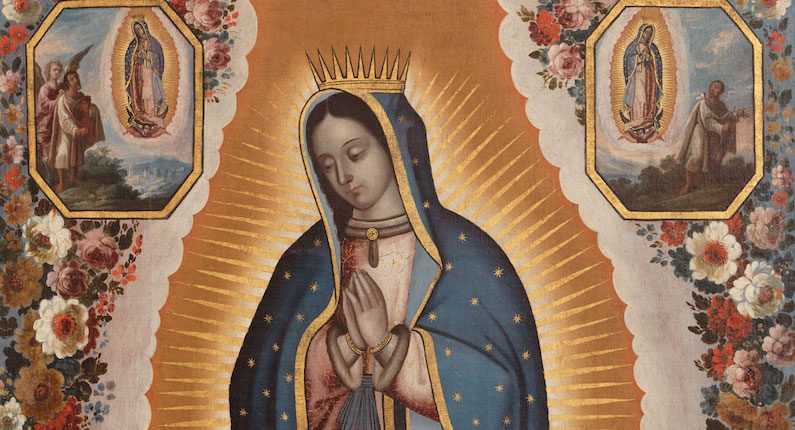 “Our Lady of Supaya”

A Poem by Roy G. Guzmán

I believed in our Lady of Suyapa before I believed in the Phoenix Force,
in her opaque gold aura of an 8, in the 12 mojados above her distended

coronet of erupting, devalued lempiras. Before I believed in possession,
I learned when to vanquish the barbarous eyes of those who crave

universal forms—platonic adversaries. Anchored against the loss
of flesh, a hand or a skeleton. I knew resurrection before I knew death,

identified the hazardous chemicals that equaled higher wages, my mother’s
lungs gone AWOL, a hacking in the meat sky, arid the reverberation.

I have cast eclipses from my house of tremors, only to find them revived
under the floorboards upon my return—the tricks perception pulls

as when night consumes a nebulous man, a star’s stern birth the kernel.
Nothing touched is ever sacred unless it’s robbed first. Our pilgrimage

When Cyclops holds whatever angle of immortality can perish
in issue #136 of Uncanny X-Men, we run into grief that aspires

to exist as nothing more than grief. Smoldering shadow of the Phoenix
as quintessential disaffection, onslaught, either slaughter or sainthood,

stateliness or snapped wire. In every uniform seal the stranded
feather of an extinct bird. Which is what I meant to show my mother

when I led her down the staircase of vine handrails within my crypt—
though she shrieked that love like mine is nonviable, holding a plate

under the hot tap water, as if to stand on thin ice past the season’s rotting.
For now, outlines. For now, letters of grief inside church domes

in lieu of tonsils. You are no longer a virgin, he rustled as I guzzled
his entire pool of handsomely green leaves, as if the Minotaur’s myth

had been unwarranted. What conviction will foment in the exoplanets.
I trusted servitude before belief, the fires that cavalcade without pageant.

But those ashes: how they gather in the faceless ether—masterless gloom-
glowers remarking, I’m not from here. When & why would I leave? 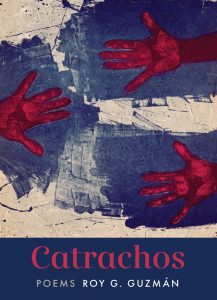 Excerpted from Catrachos by Roy G. Guzmán. Reprinted with permission of the publisher, Graywolf Press.

Roy G. Guzmán received a 2019 grant from the National Endowment for the Arts and a 2017 Ruth Lilly and Dorothy Sargent Rosenberg Poetry Fellow. Raised in Miami, Guzmán lives in Minneapolis.
Share:

Roshani Chokshi on Flipping the Script on the Mahabharata Myth 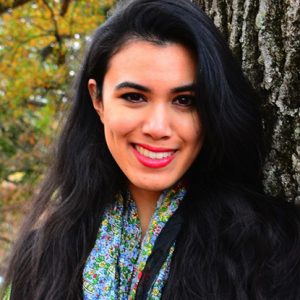 Roshani Chokshi on Flipping the Script on the Mahabharata Myth This week, Kendra talks to Roshani Chokshi about her latest novel Aru Shah and the Tree of Wishes, the third book in her Pandava...
© LitHub
Back to top
Loading Comments...