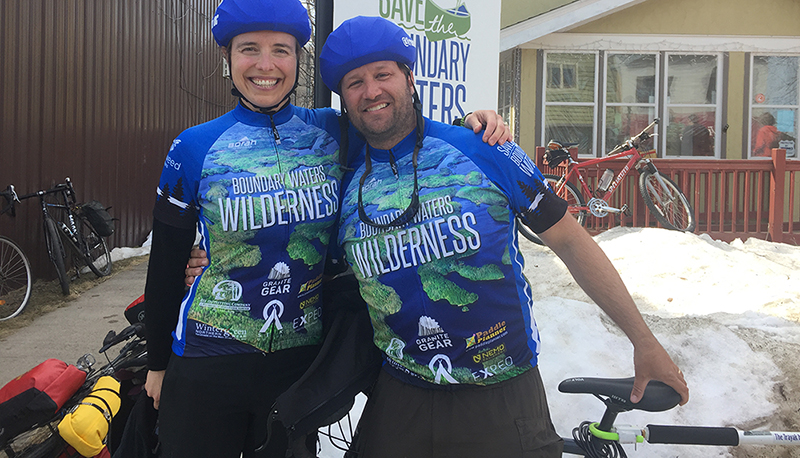 On Conservation, Sustainability, and Finding Community on the Road

By Amy and Dave Freeman

Drops of rain began lightly drumming on our helmets as we pedaled south towards Evanston, Illinois. We pulled over to quickly put on rain gear, scarf down a couple granola bars, and check the bearings on the wheels of our trailer, which carried a 14-foot canoe covered in hundreds of signatures. Why, you may ask, were we towing a signed canoe through Chicago on bicycles? The answer is simple: We were in the middle of a book tour.

Nine months earlier, my wife and I were excited to hit the road to promote our new book, A Year in the Wilderness: Bearing Witness in the Boundary Waters. Like many authors, we spent several weeks driving and flying from our home in Minnesota to Chicago, New York, Madison, Omaha, and more than a dozen other cities and towns to share our new book. We enjoyed interacting with audiences and sharing our story, but by the end of the tour, we felt terrible. Weeks of eating out, spending all our time indoors with little exercise, and staying in hotels had sapped our energy and left us feeling lethargic. Piled on top of this was our guilt about the massive amount of resources we were consuming and the greenhouse gasses being pumped into the atmosphere as we zipped from one book signing to the next.

We were touring for a book about the 366 days we spent in the Boundary Waters Canoe Area Wilderness, a 1.1 million-acre wilderness area in northeastern Minnesota. The BWCAW is an iconic part of our national fabric like the Grand Canyon, a place where wolf packs roam freely and loon chicks ride on their parents’ backs, a place dotted with more than 800 pristine lakes, rivers, and streams filled with water so clean one can drink the water right out of the lakes. We had spent a year traveling through the area without crossing a road, entering a building, or leaving the Wilderness. Over the course of the year, we’d learned how to slow down, to see, smell, and hear the world in a new way, and to distill life down to its very essence—food, water, shelter, companionship, and a strong sense of purpose.

The book tour that followed was the antithesis of our time there. We felt rushed, hollow, and isolated from the communities we were visiting. As we drove from one event to another, we realized that, especially considering the message of our book, there must be a better way. We wanted something sustainable for the planet, in line with our values, and engaging for our minds and bodies, so we decided to do a book tour by bicycle. This idea rapidly evolved into our current project, Pedal to DC: A Book Tour to Save the Boundary Waters. With our book, and our tour, we hoped to share our experience in the Boundary Waters with people across the country and inspire them to speak loudly for this quiet place. To this end, we set off to visit 40 bookstores, libraries, coffee shops, breweries, and bike shops, spanning 2,000 miles and 9 states in 60 days.

We’ve spent the past two months feeling the wind, sun, and rain on our bodies. We were thrilled to spend so much time outside being active, observing the natural world, living and traveling simply, promoting and selling our book. Our muscles were tired at the end of the day, and our minds were bright and active from hours of quiet contemplation as we rode. The lakes were still frozen when we left northern Minnesota, the roads lined with snowbanks that slowly disappeared as we pedaled south. We noticed frogs calling for the first time and watched sandhill cranes migrate overhead. We felt spring gradually turn to summer and, as the temperature soared into the 90s, appreciated resting in the shade of a tree along a country road, a small moment we would have missed rushing past in an air-conditioned car.

“We wanted something sustainable for the planet, in line with our values, and engaging for our minds and bodies, so we decided to do a book tour by bicycle.”

When we initially pitched the book tour idea to our publisher and the Campaign to Save the Boundary Waters, both were excited about the idea but seemed skeptical about our estimated daily travel expenses: $100 per day for food, lodging, and travel seemed impossible for a 2 month, 9-state book tour featuring two authors. In fact, our actual travel expenses were less than $50 per day. We have learned that traveling slowly through rural and urban areas alike allows us to tap into communities in ways that traveling by car, plane, and train cannot. Out of our 60 days on the road, we stayed in hotels for 5 nights and camped for 7 nights; for the remaining 48, we stayed with friends, family, and strangers. People welcomed us into their homes, often feeding us and stuffing our pockets with snacks for the next day.

This ability to engage with communities was, by far, the most impactful part of the trip. We spoke with people all along our route, interactions that couldn’t have happened during our traditional book tour; we were able to stop in small towns like Viroqua, Wisconsin, and Kokomo, Indiana instead of hopping from large city to large city. Plus, newspapers, TV stations, and radio shows took a keen interest in covering our unconventional tour, allowing us to call even more attention to the Boundary Waters. We educated those we met about their importance and encouraged them to take action by signing our canoe—and a petition that we delivered to our elected officials and decision makers when we finally reached D.C on June 18th in 90-degree heat and a Code Orange Air Quality Alert. 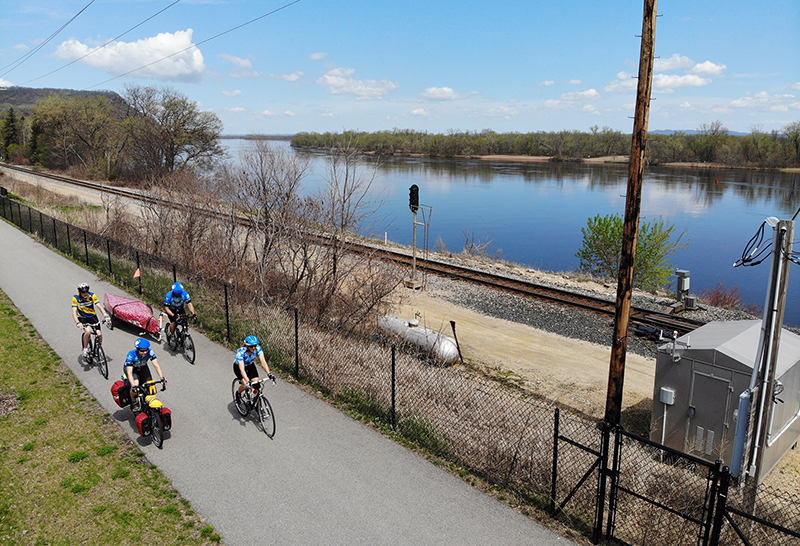 Our mission had become even more urgent by the time we arrived. Two weeks into the trip, the Trump administration reversed a decision by the previous administration and handed a series of expired mineral leases to a Chilean mining company called Antofagasta. Antofagasta wants to build a copper mine on the edge of the Boundary Waters Canoe Area Wilderness; this toxic mining practice has never before been allowed in Minnesota. If built, the mine will cause acid mine drainage, threatening the pristine waters of the BWCAW with sulfuric acid and other contaminants. Even conservative models of pollution show that waterways would carry contaminants into the Wilderness, and a single mine in this watershed will continually pollute the wilderness for at least 500 years. Supporters of the mine say it will create 427 jobs; however, it will also endanger 4,490 jobs in local tourism that depend on a clean Boundary Waters, including our work as dogsled and canoe guides.

A book tour by bicycle, towing a 14-foot canoe is certainly not for everyone, but for us, it has been a way to merge our interests, skills, and values with our desire to help protect the Boundary Waters. We would prefer to be paddling a canoe deep in the wilderness, but right now we need to be out on the road, spreading our story, visiting communities—big and small—and this tour has allowed us to do that, on our own terms. When we arrived in D.C., we could show decision makers physical proof that hundreds of Americans were invested in protecting the Wilderness. We, and the people we met, are committed to making real, rapid changes to ensure a sustainable future for generations to come. Preserving and valuing wild places like the Boundary Waters plays a critical role in this, so please join us in speaking loudly for these quiet places.

Amy and Dave Freeman are the authors of A Year in the Wilderness, an account of their year living in the Boundary Waters Canoe Area Wilderness to raise awareness about the threats of sulfide-ore copper mining. They have traveled over 30,000 miles by canoe, kayak, and dogsled through some of the world’s wildest places, from the Amazon to the Arctic. National Geographic named them Adventurers of the Year in 2014, and their images, videos, and articles have been published by a wide range of media sources from the CBC, NBC, and FOX to the Chicago Tribune, National Geographic, Outside, Backpacker, Canoe and Kayak, and Minnesota Public Radio. They also run the Wilderness Classroom, an educational nonprofit organization that introduces children to wild places and unique cultures. 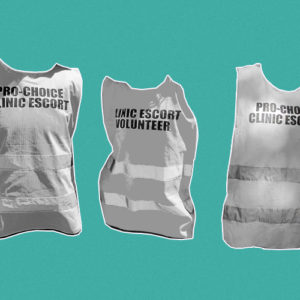 Just after my mother learned she was pregnant with me, and a few months before she married my father, she was prescribed...
© LitHub
Back to top
Loading Comments...