On today’s episode of The Literary Life, special guest Amanda Keeley is joined by Ottessa Moshfegh to discuss her latest novel, Lapvona, out now from Penguin Press.

Ottessa Moshfegh: Why do I write about such darkness? I guess my first my first thought is … I kind of see myself as part comedian, and comedy is about the horror of humanity, like trying to find the absurdity and humor in it. Also… my imagination is dark. I’m not sure you know, but I’m married to someone whose imagination is stars and galaxies and amazing animals. And it’s like, wow, I’m like a murderer, you know? So we watch really different kinds of television.

I think I’ve always been obsessed with death, to be perfectly honest, both as a touchstone for my way of understanding what divinity is and also connecting to what it is to be alive. So oftentimes my contemplation of God is also synonymous sometimes with the contemplation of death.

Ottessa Moshfegh is a fiction writer from New England. Eileen, her first novel, was shortlisted for the National Book Critics Circle Award and the Man Booker Prize, and won the PEN/Hemingway Award for debut fiction. My Year of Rest and Relaxation and Death in Her Hands, her second and third novels, were New York Times bestsellers. She is also the author of the short story collection Homesick for Another World and a novella, McGlue. She lives in Southern California. 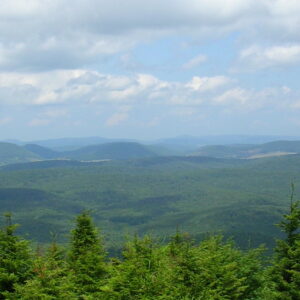 When I first speak with novelist William Brewer, he is wearing a blue-black trucker’s hat that reads Gene’s Beer Garden,...
© LitHub
Back to top