The Story of an American Classic, "The Dock of the Bay"

When I heard some of the songs he was writing, I said, “You’re right. You are going to be new. You’re not begging anymore.”

Around the middle of November 1967, five weeks after a throat opera­tion, Otis Redding began to sing—gingerly at first, then with growing confidence. His voice felt good, better than it had in years. Encouraged, he reserved a block of studio time at Stax the following week. Dick Fraser flew him to Memphis in the new Beechcraft, and Otis phoned Steve Cropper from the airport to tell him, “I’ve got something I need you to hear.” When the two of them got together, “something” turned out to be a medium-tempo ballad called “The Dock of the Bay.” It was one of more than a dozen songs that Otis had sketched out during his convalescence from the surgery, but this one was special. Otis regarded it as the song that inaugu­rated his idea of the “new Otis Redding.” In its contemplative mood and acoustic instrumental texture, “The Dock of the Bay” bore some affinities to “A Day in the Life,” the final track on Sgt. Pepper, on which the Beatles had dropped the curtain on the gaudy self-assertion of their Pepper Band personas in order to expose the deep well of ambivalence and vulnerabil­ity that lay behind the mask of the crowd-pleasing entertainer. In his own way, Otis was attempting something similar.

A few weeks before the start of these November sessions, in an ef­fort to keep pace with the growing demands for studio time from Stax’s expanding roster of acts, Jim Stewart had finally relented and hired a full-time recording engineer. Ron Capone was a Louisiana native in his thirties who had made his home in Memphis, where he learned his craft at a studio called Pepper Tanner that specialized in the production of advertising jingles. Capone was also a capable drummer who had played with members of the Mar-Keys at club dates around town. He was an amiable man, and Otis warmed to him quickly. Most important, he was well versed in the use of the four-track system, and he did not share Jim Stewart’s superstition that mono recording was in and of itself a key to the “Stax sound.”

The sessions that began that week had the same focused intensity as the sessions for Otis Blue; the difference was that they continued for days on end, driven by Otis’s pent-up energy, his backlog of new material, and the shared excitement at how good his voice sounded after his throat sur­gery. “His voice was so clear, we just couldn’t get over it,” Steve Crop­per recalled. “We just couldn’t record enough. And when the band would leave at night, we’d break and go have a little dinner somewhere, and come back to the studio and start recording.” Whereas the daytime ses­sions involved the entire Stax band, the night sessions centered on Otis, Cropper, and Ron Capone, who would run the board and play drums while Otis sang and Cropper overdubbed instrumental parts, making four-track demos that could then be refined and rerecorded by the full group the following day. When Otis learned that Don Covay was pass­ing through Memphis, the two of them spent an evening together that yielded a pair of cowritten songs. All told, in addition to “The Dock of the Bay,” they cut around a dozen new tracks. These included the titles “Hard to Handle,” “Direct Me,” “Love Man,” “The Happy Song,” “You Made a Man Out of Me,” “Nobody’s Fault but Mine,” “Think About It,” “Champagne and Wine,” and Otis’s new manifesto, “I’m a Changed Man.” Most were medium-to uptempo songs with markedly stronger, wittier, sexier lyrics than Otis’s previous work. And many were collabora­tions, with Covay, Steve Cropper, Al Bell, Deanie Parker, Alan Walden, and others, most of whom helped out on the lyrics.

In addition to the new material, Steve Cropper and Ron Capone en­couraged Otis to go back and recut his vocals on some of the tunes he had recorded earlier in the year, using the four-track to overdub his “new” voice. But the song that set the tone for the whole enterprise was “The Dock of the Bay.” The basic track was one of the first things they re­corded, with acoustic guitar, bass, drums, and horns. On the initial take, Otis forgot the words to the last verse and then tried to whistle a melody in the coda that served mainly to demonstrate, as Ron Capone announced over the intercom, “You’re not going to make it as a whistler.” It didn’t take long for them to get the song down, and when they did, according to Cropper, “We knew when we cut it that it was the best thing he’d ever done. We just looked at each other and said we got it, this is it, we did it.”

Ultimately, Otis Redding didn’t need anyone else to write his epitaph. He had done that himself, with a newfound grace and eloquence. “(Sit­tin’ on) The Dock of the Bay” was released as a single in January 1968. Having contributed to the verses, harmonized the bridge, and, in Otis’s absence, produced the final track, Steve Cropper justly claimed a cowrit­ing credit. In one of the crassest acts of his crassly opportunistic career, Al Bell arranged to have “Sweet Lorene,” the nondescript tune he had writ­ten with Otis more than a year before, placed on the B-side of the single, thereby endowing himself with a share of the record’s publishing royal­ties. Within days of its release, “(Sittin’ on) The Dock of the Bay” as­sumed the trajectory of a runaway radio hit, rising into the Top 10 by the middle of February. A month later, having already sold more than a mil­lion copies, it crested at #1 in both Pop and R&B: the first posthumous #1 record in the history of the Billboard charts. Atlantic followed it with a hastily assembled album called The Dock of the Bay that included Otis’s recent singles “Tramp,” “The Glory of Love,” and “I Love You More than Words Can Say,” supplemented with an outtake ballad called “Open the Door,” his updated version of “The Hucklebuck,” and a pair of tracks, “Nobody Knows You When You’re Down and Out” and “Ole Man Trou­ble,” from Otis Blue. The album sleeve, once again designed by Atlantic’s Loring Eutemey, was beautifully produced. It featured a fine front-cover photograph of Otis at Monterey, a candid back-cover photograph of Otis playing the guitar (thereby acknowledging his role as a music maker for the first time), and erudite liner notes by Jon Landau, who added to his litany of praise by describing Otis as “the best one-man campaign soul music ever had.” Together with the History of Otis Redding greatest hits collection, The Dock of the Bay rose into the Top 10 on the LP charts and remained among the bestselling albums in the country for six months.

When Jerry Wexler described “(Sittin’ on) The Dock of the Bay” as “the perfect record,” he wasn’t just referring to its commercial appeal. Like the sort of “divine invention” that Louise Redding ascribed to her brother as a child, the song seems to have emerged fully formed, without prec­edent in Otis’s work, setting an evocative mood and then elaborating on that mood in a concerted and unexpected way.

The instrumentation of the opening bars signals an immediate departure: the track begins in a hush of softly strummed acoustic guitar, washed by the sound of waves in a way that faintly suggests the static of an AM radio. “Sittin’ in the morning sun, I’ll be sittin’ when the evening’s done,” Otis sings over the gentle, bobbing rhythm of bass, piano, and drums, introducing himself as a man on the edge, sitting on a dock, moored but not rooted in place, looking out to sea as the ships roll in and the “ti-i-ide” rolls away. All at once, with a confident grace, Otis seems to have mastered the use of metaphor, and in the second verse, he applies his new technique to a more personalized form of narrative than he had ever attempted before: “I left my home in Georgia, headed for the Frisco Bay,” he sings, quietly joined by the chorus of horns that had provided him with his main source of mu­sical companionship since the early days of his career. “I’ve got nothing to live for, looks like nothing’s gonna come my way.” The reference to home in Georgia gives the lyric an autobiographical cast, but the opposite was really the case, for this was the song on which, more than any other, Otis drew on the possibilities of fictional imagination. This Georgia boy with “nothing to live for” is the antithesis of the real-life Otis Redding, a man who had everything to live for at the time he wrote those words. “Looks like nothing’s gonna change,” he sings in the bridge of a song whose very existence was a testament to change, a declaration of the “new” Otis Red­ding, even as he halfheartedly resolves to “remain the same.” After invok­ing a loneliness that “won’t leave me alone,” Otis sings the refrain a final time, his every word shadowed by Steve Cropper’s lacy, loving filigrees on guitar, ending his somber masterpiece in the guise of a man at rest, if not at peace, indulging in the one activity he had never allowed himself in real life: “Sittin’ at the dock of the bay . . . wasting time.” And then, like the great artist he was, Otis saved the best for last. Instead of his customary coda of rising horns, driving rhythm, and vocal pyrotechnics, the instruments evaporate, leaving only the pulse of the rhythm and the whisper of the acoustic guitar to accompany the sound of his whistling, a musical metaphor for contentment and nonchalance, applied here to the sort of syncopated countermelody that would normally be carried by the horns, stepping up and then winding down through a series of bluesy flat­ted thirds.

Like the songs that Otis drew inspiration from on Sgt. Pepper, “(Sit­tin’ on) The Dock of the Bay” is something much more compelling than autobiography. Instead, it is the work of a musical artist adopting a new form of identity to reach for a larger truth. Like John Lennon in “A Day in the Life,” or Sam Cooke in his transcendent epitaph, “A Change Is Gonna Come,” Otis was shedding his usual persona of self-assurance and self-assertion in order to convey the uncertainty and ambivalence of life as it is actually lived. “It’s unwise ever to assume that they’re doing only one thing or expressing themselves in only one style,” the critic Richard Poirier wrote of the songs on Sgt. Pepper, which “remind the listener that one kind of feeling about a subject isn’t enough.” The same could be said of “(Sittin’ on) The Dock of the Bay.” At the age of 26—the same age as John Lennon when he wrote “A Day in the Life,” the same age as Sam Cooke when he began his secular career—Otis was verging on a similar form of artistic maturity. Having made his name, in Jon Landau’s words, by “doing something simple perfectly,” he was preparing to intro­duce a new emotional complexity into his work. 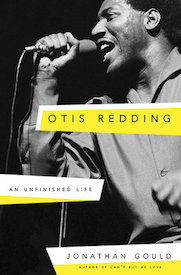 Reprinted from Otis Redding: An Unfinished Life. Copyright © 2017 by Jonathan Gould. Published by Crown Archetype, an imprint of the Crown Publishing Group, a division of Penguin Random House LLC.

Jonathan Gould is a former professional musician and the author of Can't Buy Me Love: The Beatles, Britain & America. He divides his time between a home in Brooklyn and a house near Hudson, NY.

What Abolishing the NEA Will Mean for Women Artists

I Found My Family in Jesus' Son 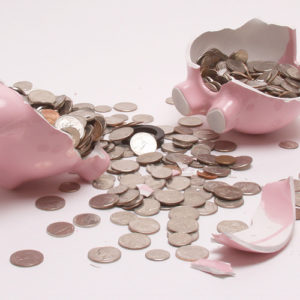 What Abolishing the NEA Will Mean for Women Artists

In late September 2011, almost three years after receiving a creative writing fellowship from the National Endowment for the Arts,...
© LitHub
Back to top
Loading Comments...