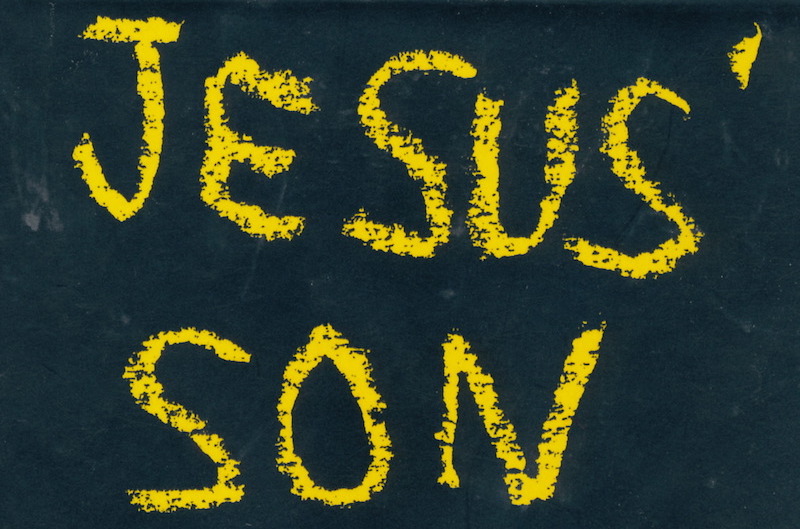 I Found My Family in Jesus’ Son

I stumbled upon Denis Johnson in City Lights Bookstore early in the year 2001. I was 18, alone in San Francisco, on the far side of the country from where I had grown up. I was coming from a public school education, an isolated upbringing in a suburb way outside Washington, DC. I was learning how to be a fiction writer. I had no idea what that meant, really. I was hungry for writers not named Hemingway or Salinger or Kerouac, writers who spoke to an 18-year-old boy but were still alive and might through their example show me not just how to write well but how to be a writer in modern times, what that life might look like.

No better example, I would soon learn, pulling Jesus’ Son off the shelf, than Denis Johnson. It must have been the strange size of Jesus’ Son that drew me to it. I was not sophisticated—if it was oddly shaped or brightly colored, I pulled it off the shelf. This is how I met writers like Irvine Welsh (the bright green of The Acid House) and David Foster Wallace (the hardcover-sized paperback of A Supposedly Fun Thing I’ll Never Do Again). Heady times for a lost neophyte, discovering al these writers at once.

I recognized the title from the Velvet Underground song “Heroin.” Here was someone speaking my language. I was looking for the nexus of rock n’ roll and literature that was less Henry Rollins in its preening, self-absorbed performance and more Bob Dylan in its reverence for the human soul. Maybe I’d find it in this book. It seemed serious, studied. Not a punk rock stab at literature like what I’d often find in the zines I’d buy from Tower Books, but capital-S Short Stories, something from the academy. Professional shit.

I read Jesus’ Son on the stoops of San Francisco, which back then was still at least pretending to be bohemian. I had a red cowboy shirt, a gray knit hat, I smoked Camels—I wandered the city chatting with homeless people and attending poetry readings, thinking I was the first ever young white guy to do such things. There was no ubiquitous internet back then, so my profound experiences were my own, and they were so mind-expanding that the world turned upside down. Of course, I would come to realize that like David Foster Wallace, Denis Johnson and Jesus’ Son was a checkpoint many young male writers passed through. But it wasn’t that way yet. This book was sitting on the shelf of that bookstore for me. There were not several copies of it—I took the only one. Jesus’ Son was mine and mine only.

I looked at the copyright page and saw that it had the author’s birthday, 1949. I remember that because it was the year my father was born. My father and I had deep problems that rendered me for all intents and purposes fatherless. Here was a potential new father. The bio said Johnson lived “with his family” in Idaho. This was all the information I had on the man. There was a photo, but it could have been an image of anyone—an anonymous-seeming man with dark hair. I developed an image of Johnson in my mind that I held onto, no matter how old I would get or what information I would learn about the man or about life in general. The image was of a pure spirit. His family wasn’t a spouse or children, it was maybe his parents, or sisters, uncles. I saw a farmhouse in Idaho, on lots of land, in the dusk, with lights on inside. A room in back where the pure, childlike spirit of Denis Johnson lived with his extended family who nourished him and what was certainly a fragile psyche. I imagined him, I guess now, more like Daniel Johnston. But what I saw was what I wanted for myself: a writer so devoted to his craft he was almost like the priest I had once thought I would grow up to be; a writer who had the family that I never did, the love I never had.

Writing and family and love: these are things I learned I wanted, from reading Jesus’ Son.

Of course, the story collection would influence my writing in all the endearingly fatal ways over the next few years. How many bad Jesus’ Son wannabe stories sit on my old hard drives right now? I’m afraid to look. How many hungover mornings would I sit looking out windows at the rain and the cold outside, in rural towns, smoking and writing and being a sad, romantic young man blessedly free of self-awareness, feeling connected to the universe because I recognized my experience as something out of Jesus’ Son, written by a man who was alive somewhere on this planet at that very moment, maybe even writing too just as I was?

Not anymore. I mourn for us—that young man learning every single thing one baby-step at a time, and I mourn for Denis Johnson and his family—but I don’t mourn completely. His books are still there—Jesus’ Son when you’re a young man, and Train Dreams when you’re an older one, and, in between, Angels and Tree of Smoke and Already Dead and Fiskadoro and The Name of the World and Nobody Move and all the rest. They still sit on shelves. They sit on mine. I can go read them anytime, for the rest of my life. So can any young person who is alone and lost right now, hungering for that connection with the transcendent. And they will. Many will. And they’ll find warmth and foundation and guide posts for how to write and how to keep a naked soul. And they will find family.

How can we ask for anything more?

James Boice is the author of three previous novels, MVP, NoVA, and The Good and the Ghastly, all published by Scribner. His work has appeared in Esquire, McSweeney's, Salt Hill, Fiction Magazine, and Salon, among other places. In 2006 he was selected as the New Voice in the Esquire 100. He lives in Jersey City, NJ. 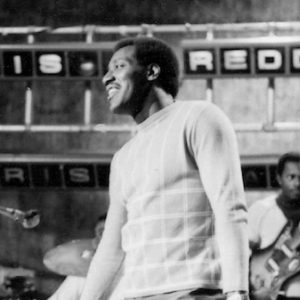 When I heard some of the songs he was writing, I said, “You’re right. You are going to be new. You’re not begging anymore.”...
© LitHub
Back to top