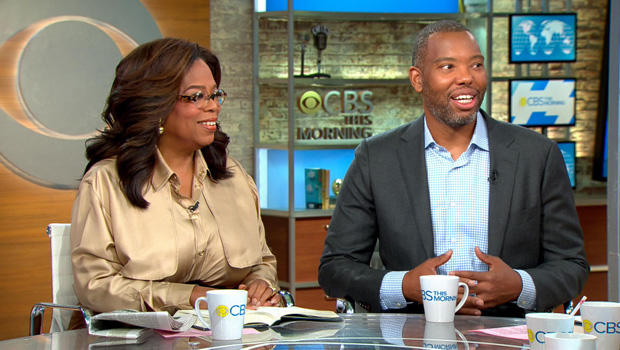 Making the announcement alongside Coates on CBS This Morning earlier today, Winfrey called The Water Dancer (the story of a young boy born into bondage on a plantation and the mysterious power he discovers) “one of the best books I have ever read in my entire life. Right up there in the top five.”

I was enthralled, I was devastated. I felt hope, I felt gratitude, I felt joy—I mean, it’s the range of emotions. That’s why I think it has everything that a novel is supposed to [have]. I’m on my second read now, because the first read I was just reading to see if I was going to choose it. And then the second read, I actually am sort of spoonfeeding every word to myself.

Coates himself called the selection “a tremendous, tremendous honor. You’re going into the company of people like Toni Morrison, Colson Whitehead. This was, like, a huge, huge honor for me.”

Perhaps the most influential literary endorsement in modern history, Oprah’s Book Club began as a segment on The Oprah Winfrey Show back in 1996, with the selection of The Deep End of the Ocean by Jacquelyn Mitchard, and made bestsellers of dozens of books—including Cormac McCarthy’s The Road; Edwidge Danticat’s Breath, Eyes, Memory; and Jeffrey Eugenides’ Middlesex—over the next fifteen years.

After a year’s hiatus from book-clubbing, Winfrey founded the digital media-focused Oprah’s Book Club 2.0 in 2012, recommending titles like Cheryl Strayed’s Wild, Colson Whitehead’s The Underground Railroad, and Michelle Obama’s Becoming over the next six years.

For this third incarnation of OBC (which is in partnership with Apple), Winfrey announced earlier this year that she would be using Apple TV Plus for “building the biggest, most vibrant, most stimulating book club on the planet… I want to literally convene a meeting of the minds connecting us through books.”