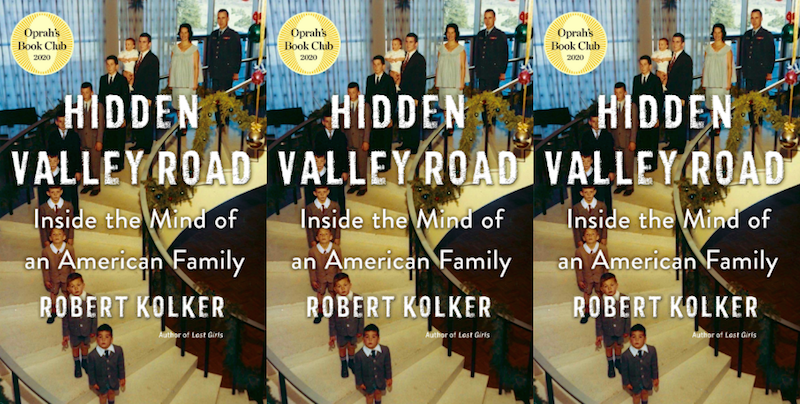 Kolker book is a work of narrative nonfiction—with elements of biography, reportage, and scientific investigation—about the life of a family in Colorado, six of whose ten sons are diagnosed with schizophrenia. Winfrey described the book as “a riveting true story of an American family that reads like a medical detective journey.”

Hidden Valley Road has garnered rave reviews from The New York Times, The Wall Street Journal, and Publishers Weekly, among others, for its compassion and empathy as well as its gripping narrative.