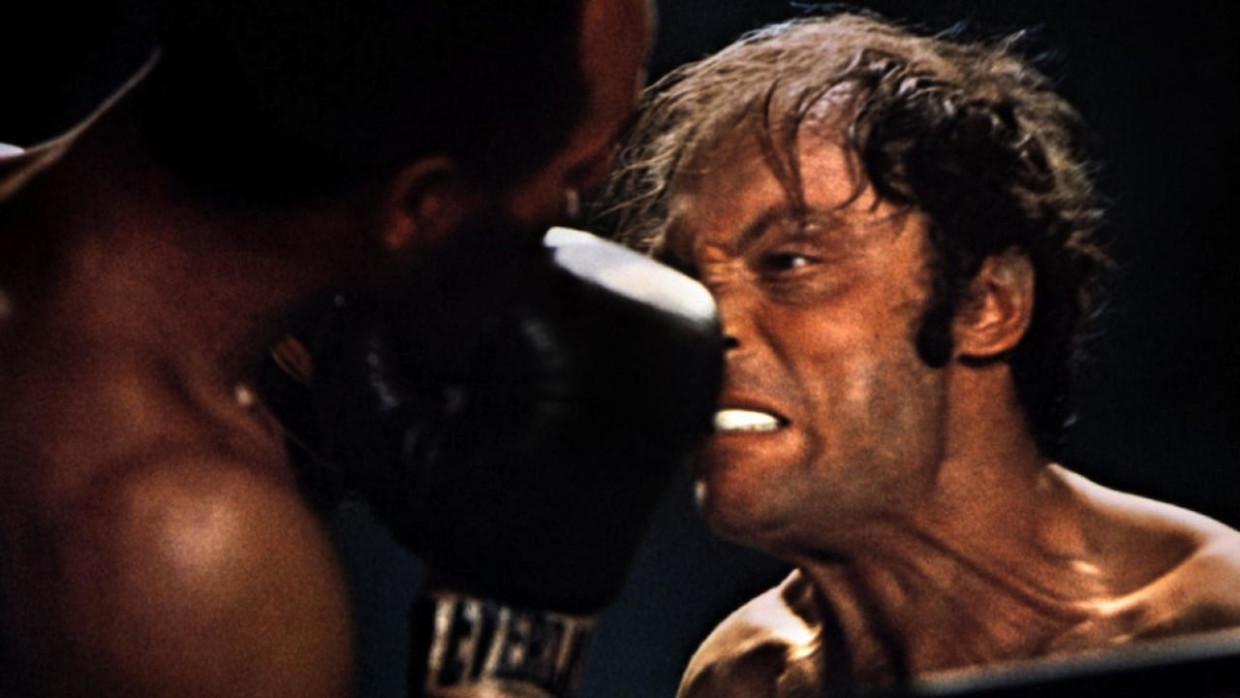 One of the All-Time Great One-Hit Wonder Novels

When Farrar, Straus and Giroux first published Leonard Gardner’s Fat City in 1969, the novel created a bit of a stir. A reviewer for the Atlanta Journal said the book was “destined to become a classic,” calling it “a novel more moving than any I can recall in a decade.” The Cleveland Plain Dealer called Gardner “a craftsman of the first magnitude.” There were comparisons to Twain and Melville. The novel was nominated for a National Book Award, and in 1972, John Huston directed Gardner’s screen adaptation of Fat City into a well-received film. Then Gardner fell off the radar.

Sure, in 1988 he turned one of his short stories—from a 1966 issue of the Paris Review—into a low-budget movie called Valentino Returns, and he had a cameo in Francis Ford Coppola’s Tucker, playing a character known only as the “Gas Station Owner.” But if Gardner kept writing literary fiction, he published none of it. While Gardner’s visibility shrunk, Fat City grew into one of the great sleeping giants of modern literature, a slim volume that evokes as much reverie in its devotees as Charles Portis’s Norwood, Barry Hannah’s Ray, and Frederick Exley’s A Fan’s Notes. If there’s any justice in this crazy world, Fat City will secure Gardner’s place in that legendary pantheon of one-book authors alongside Harper Lee*, Ralph Ellison, and Emily Brontë.

Fat City is, on the surface, the braided narratives of two boxers in Stockton, California: Ernie Munger, an 18-year-old greenhorn who hopes his natural talent will lead to a professional career, and Billy Tully, a worn-out 29-year-old whose glory days are behind him. Working odd farm jobs and sleeping in fleabag hotels, Tully drinks in order to endure the painful realization that “the peak of his life . . . had gone by without time for reflection, ending while he was still thinking things were going to get better.” Conversely, Ernie’s future lies unformed ahead of him; if Ernie represents all the squashed hopes and delusions of Tully’s youth, in Tully, readers see the disappointments looming in the young man’s future.

You can tell from the first pages that this isn’t going to be a buoyant book. It starts inside Tully’s flophouse room—the fifth hotel room he’s inhabited in the year and a half since his wife left him—and the story unfolds in equally dismal locations: musty gyms, dark bars, gas stations, Greyhound buses. The gritty settings enrobe the story in a desultory fuzz reminiscent of John Fante’s Ask the Dust and Denis Johnson’s Jesus’ Son, except, unlike those books, here the motel life has neither the air of blithe nostalgia nor the ethereal sheen of a morphine dream. Whatever redemption Gardner’s characters find comes in the form of their resolve. Perseverance is success in Fat City, not a championship belt or escape from the poorhouse. These troubled souls don’t ask for pity, and therefore one does not pity their desperate stations so much as celebrate their tenacity. This sympathetic reading stems from the author’s skillful rendering—Gardner doesn’t pander. His touch is tender, his treatment compassionate, yet his vision remains as dutifully realistic as any camera.

Subtlety and tenderness aren’t qualities one might expect from a so-called “boxing novel.” Then again, to label this a boxing novel would be no less accurate than calling John Coltrane “just a sax player.” Boxing is the window dressing. Fat City’s true subject is the way life pits a person’s hopes against his abilities, and the ways in which people deal with the ensuing disappointment, which is to say, the book is about endurance, that peculiar drive innate not strictly to men with powerful uppercuts, but to all living things: the will to survive. Fat City meticulously depicts the way we all fight—or succumb to—what Gardner calls “the desolate reality of defeat.” That’s no simple boxing metaphor; that’s the universal truth of blood and bone, the essential nature of our shared human experience.

Like so many of my favorite things, I discovered Fat City by accident. During my mid-twenties I became fascinated by the region in which Stockton sits: California’s Central Valley. Following my first visit in 1995, I had to read and know everything about the place: natural history, Spanish exploration history, early settlers’ accounts, native plant names. Sometimes my intellectual interests border on loony, or at least, their ferocity resists explanation. It isn’t like the Central Valley is some overlooked Big Sur. This flat, smelly, rural landscape is scorching in summer, foggy in winter, and devoid of significant topography—what most interstate travelers consider a 430-mile-long roadside bathroom break. It’s the largest raisin-producing region in the world, if that tells you anything. Yet while other college kids guzzled margaritas on Mexican beaches, I spent some of my spring breaks hiking tiny, derelict natural areas between Bakersfield and Sacramento. Highway 99: A Literary Journey through California’s Great Central Valley, one of the many anthologies I took to help pass time in motel rooms and truck stops, includes a selection of Gardner’s novel. I never read it. I was so busy devouring John Muir’s and William Henry Brewer’s historical exploration accounts that I routinely neglected fiction. When I bought California Heartland, another anthology, I came across one of Gardner’s short stories, entitled “Christ Has Returned to Earth and Appears Here Nightly,” originally published in 1965 in the Paris Review. I ignored that, too.

Fourteen years later, I got a job at Powell’s Books. Other interests joined my Valley obsession and opened me up to the pleasures of fiction. Then Fat City popped up on the sidebar of the Powell’s website. The University of California Press had republished Fat City as part of its California Fiction series, which includes such novels as Carolyn See’s Golden Days and James D. Houston’s Continental Drift. Joan Didion’s blurb says Gardner’s novel affected her “more than any new fiction I’ve read in a long while.” That sold me, but it was the Stockton setting that grabbed my attention. I kept thinking: Stockton? Nobody set novels in Stockton. It’s a sprawling, back-bay Valley town known mostly for its high crime rate and deep-water ship channel. It seemed this Leonard Gardner shared my obscure regional interest. Were it not for this Valley connection, I would never have noticed the book. But I bought it and became a Gardner disciple, only later realizing that all these years a selection had been with me in Highway 99.

In addition to making Gardner a perfect fit for the infamous one-book pantheon, Fat City also fits squarely within the Central Valley literary canon, a regional body of work that few people, even Californians, know exists. Composed of work written about the Valley, as well as work written by Valley residents, this canon includes poets such as Philip Levine, Lawson Fusao Inada, and Larry Levis; the fiction writers William Saroyan, William Haslam, and Gary Soto; and nonfiction writers such as Maxine Hong Kingston, David Mas Masumoto, and Richard Rodriguez. It also includes historical pieces such as Thomas Jefferson Mayfield’s Indian Summer and Mark Twain’s “The Eternal Summer of Sacramento” from Roughing It. Frank Norris’s 1901 historical novel, The Octopus, is arguably one of three Valley opuses, though Steinbeck’s The Grapes of Wrath is unquestionably king. Even Didion contributed to the Valley canon, with her incredible essay “Notes from a Native Daughter,” about growing up in Sacramento.

Despite the gritty streets and characters’ many failures, most everyone in Fat City hunts for the small pleasures that make life’s turbulent froth bearable, whether it’s a bottle of Thunderbird or a liaison on a levee. Even when they have only feeble sports aphorisms and flawed logic to propel them, the sense of tenacity—the absolute hunger of their need to carry on—rings true, as when the teenage boxer Buford Willis tells Ernie, “‘If you want to win bad enough you win.’” It’s so foolish to believe that hope alone can make our desires manifest, yet there’s an affecting resonance to such locker room talk, something terrifyingly familiar: hope, and the need to cling to it at all cost.

Had Gardner written the story of his literary career into one of his novel’s characters, we might find it tragic: One book from such a talent? That’s it? Such is the mystifying legacy of the one-book author. Spilling praise and allusions to his promising future, it’s too easy to perceive Gardner as a sui generis talent who should have gone on to write numerous follow-up works of equal power. But to me, writing one book this powerful is accomplishment enough. Maybe Gardner, like Ernie, still clings to hope. Or maybe what Gardner wanted “bad enough” was to write one perfect novel. As the Kansas City Star said, “Probably there isn’t a living novelist who, if he were honest with himself, would not be proud to have written Fat City. That’s how good it is.”

Aaron Gilbreath has written essays and articles for Harper's, The Paris Review, The New York Times, Kenyon Review, The Believer, Tin House, The Threepenny Review, The Morning News, Vice and Longreads, and wrote the musical appendix for The Oxford Companion to Sugar and Sweets. He used to work at Powell's Books. @AaronGilbreath 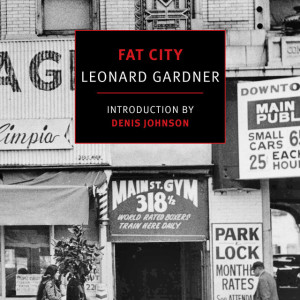 Days were like long twilights in the house under the black walnut trees; through untrimmed shrubs screening the windows the sun scarcely...
© LitHub
Back to top