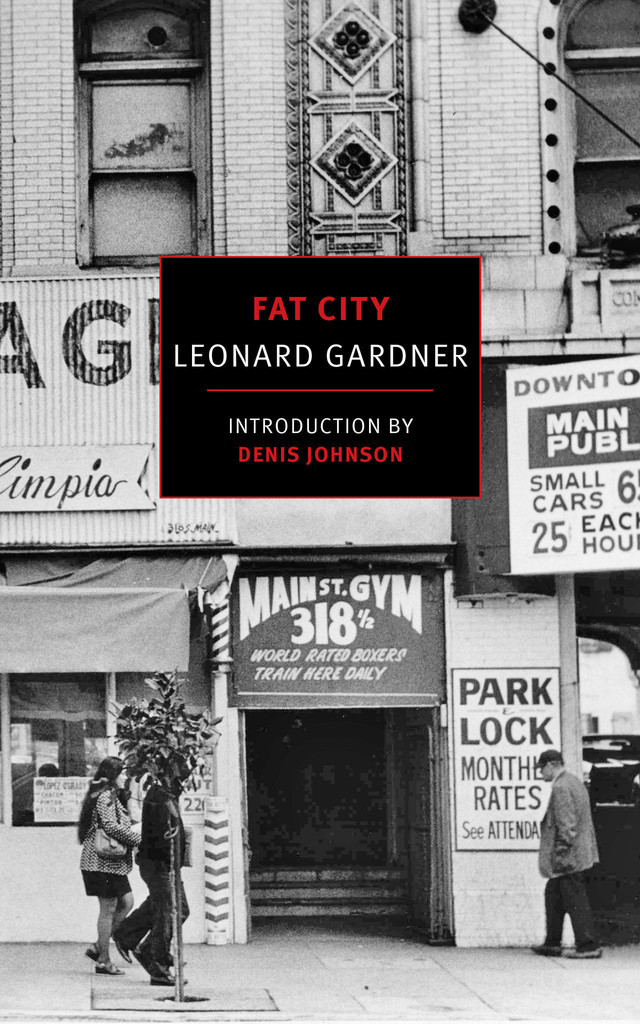 The following is from Leonard Gardner’s 1969 novel, Fat City. Gardner’s only novel, the book is considered a classic of boxing fiction. Gardner was born and still lives in California. His short stories and articles have appeared in The Paris Review, Esquire, Southwest Review, and Brick, among other magazines. His screen adaptation of Fat City was made into a film by John Huston in 1972; he subsequently worked as a writer for independent film and television.

Days were like long twilights in the house under the black walnut trees; through untrimmed shrubs screening the windows the sun scarcely shone. It was a low, white frame house with a sagging porch roof supported by two chains that through years of stress had cracked the overhang of the main roof where they were attached, pulling it downward at so noticeable an angle that everything—overhang, chains, porch roof—appeared checked from collapsing by nothing more than the tar paper over the cracked boards. Inside, from other chains, hung light fixtures that never totally dispelled the murkiness of the rooms. At the back of the house, Ernie Munger slept late, stirring only briefly to the chatter of water pipes, subsiding back to sleep and waking at the hanging of a frying pan, eating breakfast in his dreams before waking up at noon. Sluggish, he lay on his belly thinking of young divorcees and of a girl in a house in Isleton, a farm labor town he had visited one night with Gene Simms and a carload of acquaintances, its short main street in the shadow of the levee of the Sacramento River. It had been at the height of the harvest season; footsteps and fragments of Spanish passed constantly along the hall outside the room where he and his party waited with several stoical Filipinos smoking gnarled toscano cigars. They waited two hours before giving up. But before that ride home at a hundred and ten miles an hour between delta fields, the door to the room had opened once and Ernie had seen a girl of surprising loveliness. He had thought of her, a blonde in a pink formal, for several weeks before he returned one night alone. In another crowded room he waited for her, thinking he was at last going to know what it was, until the anticipation began to exhaust him. When he finally climbed with her to the top of the stairs, he confronted a woman at a table with a pan. The girl went on ahead while this matron in nurse’s white made it clear what was expected of him. He balked, and at her first assisting touch his breath was stopped by the erratic pounding of his heart. Bathed by her antiseptic hands, he tried to resist the welling urgency, wanting to rush with his passion to the room where the girl was waiting, but he remained where he was, hopeless, the dismayed hygienist then calling down the hall: We had a little accident. He had not gone back again. Now he had developed a loyalty to Faye Murdock, a girl whose uncooperativeness excluded her from these morning reveries.

He ate breakfast alone—soft-boiled eggs, whole-wheat toast, oranges and milk. By then his father, a tire recapper, would have finished half a day’s work and his lunch. At the hour his father came home, Ernie was at the gym. From there he went to the service station and worked until two in the morning. He saw his father seldom, and though his mother was home all day, Ernie’s association with her had long been only perfunctory. Short, impeded by her flesh, spreading and sagging from fifty years of gravity, hotcakes and pies, she showed on her face an almost constant expectation of mistake and mishap. Earlier in his life he had countered her worried curiosity with shouts of defiance. Now he eluded it with shifting eyes, shrugs and a completely unanimated face. After his first day at the Lido Gym he had taken a bottle of liquid make-up from the accumulation on her dressing table, and with it he hid his bruises from her as he and his sister, who had recently married with no advance warning, had long ago learned to conceal their private lives. As he grew older he had begun to feel that it was no longer his father but he whom she held responsible for a life that seemed to him perfectly natural for a mother.“ Why don’t you leave if you don’t like it,” he said to her one day in answer to a complaint encompassing the house, his father, his sister, himself, the entire town; and then her stricken face had filled him with anguish not only for what he had said but for the inconsiderate act of existing.

With a bowl and a carton of salt he retired to the bathroom. There he mixed a solution that he snuffed up his nostrils over the basin, a remedy Ruben Luna had recommended for toughening the interior of the nose. Sucked into his head, the warm salt water trickled down his throat. He choked, spat into the basin and, sneezing, sprayed his face in the mirror with blood-tinted drops. He snuffed in harsh handfuls, pinched his nostrils shut and dabbed the solution on his swollen brows, the make-up dissolving over his fingers like the pigment of his skin. He shook salt from the box and caked it on his eyelids and lips. When he released the brine from his outraged nose, cords of mucus dangled out after it. Sneezing and coughing, his eyes watering, he went on dabbing and snuffing.

Later he drove to the levee beside the river channel where freighters and tug-towed barges entered and left the port. Zipped up in his leather jacket, each fist squeezing a small rubber ball, he ran along the dirt road past burst mattresses, water heaters, fenders, sod-den cartons, worn-out tires and rusty cans strewn down the steep bank. At the shore rocked bottles and drift-wood, blackened tules, papers and occasionally a reeking, belly-up fish. Gulls turned in the gray sky and stood on piles across the channel. By the time Ernie was opposite the warehouses he was hot and sweaty. His breathing fixed to the plopping of his long black tennis shoes, he pounded past the port. As larks rose with flashes of yellow from the dead weeds and wild grass, sailed ahead, landed, sang their six tremulous notes, hushed and flew up once more, he came unflaggingly on, feeling he would never tire.

Where the channel forked off from the San Joaquin River the bank took a gradual turn. The oaks of Dad’s Point stood ahead in the distance, their trunks painted white. Mouth gaping, his damp hair in his eyes, his body like a fired-up furnace, Ernie held his stride opposite Rough and Ready Island, where rows of moth-balled warships, their gun mountings sealed in protective pods, were moored three abreast for the future. Gagging on a dry throat, he chose some object as his finish line and, plodding up to it on weighted legs, plodded right on past. His head back and his heaving chest shot with pains, he strained on to a farther landmark. He did not quit there either. He fought on with himself to the edge of the park and, stumbling over the lawn past picnic tables and barbecue pits, careened with flailing arms farther and farther under the trees, until at last he stood gasping on the muddy bank of the point with nowhere else to run.

From FAT CITY. Used with permission of NYRB. Copyright © 1969 by Leonard Gardner.

The Joy and Terror of Learning to Surf at 49

One of the All-Time Great One-Hit Wonder Novels 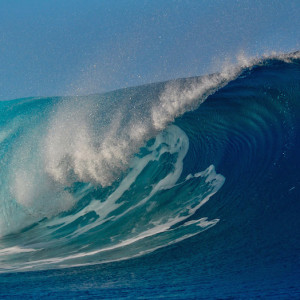 The Joy and Terror of Learning to Surf at 49 I didn’t take my first surfing lesson until I was 49. My friend Maia, who started surfing at age 40, talked me into it. She told...
© LitHub
Back to top