One Man’s Escape From North Korea

Masaji Ishikawa Flees Totalitarianism Under the Cover of Night

The Yalu River separates China and North Korea. A lot of people cross over it, and even more try to. Bizarrely, some thirty years earlier, many Chinese Koreans and Chinese had tried to escape to North Korea during China’s “Great Leap Forward” and Cultural Revolution, that country’s own attempt at mass starvation. Now the whole migration had been thrown into reverse.

The town of Hyesan is famous for its coalfields and copper mines. About twelve miles northeast of Hyesan, there’s an area called Pochonbo, famous for a battle that took place there in 1937. The Koreans were attempting to push the Japanese occupiers out of their country, and the Anti-Japanese Guerrilla Corps, allegedly commanded by Kim Il-sung, beat the daylights out of the Japanese army. Because of that, it became known as “the Holy Land of Revolution.” The city has a huge monument to the revolution and a statue of Kim Il-sung. How things change!

By 1996, the Holy Land of Revolution was infamous as a place people holed up when trying to escape to China. It was patrolled 24 hours a day by legions of border security guards. I’d heard some terrible stories about what happened to people caught trying to escape; everyone had. Horrific stories. Who knows if they were true, or if they were just propagated by the state to keep us in our place. One of the worst I’d heard was the “nose-ring case.” A family of four had escaped, but the North Korean police caught them in China. The North Korean police pushed a wire through their noses to link them all together. The Chinese customs officers were shocked at such cruelty and explained that such things weren’t allowed in China. Irritated by the Chinese officers’ judgment, the police, showing off their barbarous power to the Chinese customs officers, shot the whole family as soon as the group stepped back onto North Korean soil.

After hopping off the train, I walked for such a long time that my legs became as stiff as boards. But finally, I got to Hyesan. I hadn’t eaten for two days, so I headed for the market. It was huge, and there were so many products, I felt dizzy. Rice . . . flour . . . walleye pollock roe . . . you name it. Some people were clearly shopping for something to buy, while others looked like homeless people, unable to do anything but look on enviously. I had no money, of course, so I tried to find something on the ground. I eventually spotted some abandoned corncobs. There were no kernels on them, but I fastened my teeth on the cobs and ate what I could. When I turned around, I saw a small child behind me. All alone. An orphan, I guess. Like me, he was looking for something edible on the ground. And when he found something, he picked it up and ate it. Like a pigeon. I wondered what had become of his parents. I couldn’t think too much about it because it brought to mind images of my own children. And I didn’t have the energy to weep. I wanted to recover my strength, such as it was, so I went to a park in the city center.

I found a bush and crept under it. I soon fell asleep on the hard ground. In the morning, I got up and walked around in front of the train station for a bit. I got lucky and found an apple core. I started munching on it and headed for the river. By the time I got to the banks, it was nearly midday. The first thing I felt when I saw the river was surprise. The river was so narrow; it couldn’t have been more than about thirty yards wide. If it had been winter and the surface had been frozen, I could have crossed it in a matter of seconds. More than enough time to get shot in the back, mind you, but I tried not to think about that. I spotted some men standing around talking and smoking cigarettes on the opposite bank—in China. On the North Korean side, there were sentry boxes every fifty yards or so, and guards carrying rifles were on round-the-clock patrol. Some of them had menacing-looking German shepherds by their sides. I spotted a woman washing some clothes in the river and quite a few children scampering about on both sides of the river. The guards paid no attention to them at all.

A boy started crossing the river in front of me. The guards didn’t do anything. I kept waiting for them to take action, but they didn’t react at all. He was carrying an object above his head so it wouldn’t get wet, but the water was only up to his waist. He got to the other bank after only a few moments and gave the object to a man who was waiting for him. The man took it and promptly disappeared, but the boy sat down on the riverbank and started smoking a cigarette, job done. It seemed that crossing the river was a pretty easy affair. I decided to move on. If I stood looking at the river much longer, the guards would surely get suspicious. Just as I started to walk away, one of the guards yelled, “Get back!” I was so jumpy, I thought he must be talking to me, so I stopped and turned around very slowly. The woman who was washing some clothes was hurrying to step back. She was the one the guard had been yelling at. It seemed that the children had no problem crossing the river, but adults could only go out a yard or so.

I returned to the riverbank that night and hid under a bush to observe what happened after dark. The guards were patrolling with flashlights. Worse still, the moon was out. I could see its reflection in the river. It was far too bright to attempt a crossing, so I made my way back to the train station area. There was a long bench at the station where people would sit to wait for their train. When I noticed people snacking, I stood or sat nearby and waited for them to throw the remnants of their food away. After grabbing whatever I could, I crawled under another bush and hid myself. I knew I’d never be able to get across the river in broad daylight without being seen. And after dark, it was just too bright because of the moonlight and the guards going round with their flashlights. I didn’t know what to do next. The only thing I could think of was to try to cross when one set of guards was handing over to the next. But how was I supposed to figure out the guards’ routine without giving myself away? I mulled this question over endlessly in my mind as I lay awake on the cold ground.

It took me two more days of surveillance to figure out the best time to cross the river. By then, I was physically very weak. And of course my nerves were on edge. I kept checking my back whenever I walked anywhere. I got so paranoid, I thought everyone I passed was a policeman. Eventually, I gave myself a stern talking-to. Look! You don’t have time for this. Your family’s starving! You are getting weaker by the day. You have to get across that river! Otherwise, your whole family will die, and so will you.

On the third night, I went back to the riverbank just after sunset and hid myself under the bushes, waiting for my chance. The guards were prowling around. I can’t be shot! I can’t die here! I thought. But I couldn’t concentrate properly, so I lay down on the ground and closed my eyes. When I tried to stand up, I found I didn’t have the energy to lift myself up. I thought this was it, that I was dying. I had made it so far; I was so close, but I had waited too long. And suddenly, the faces of my mother, my father, and all of my children came to my mind. My mother said, You have to stand up and go! You must find the strength. And then it started drizzling. I could feel the drops on my face. I opened my eyes, but I couldn’t see properly through my tears. I turned my face to the sky. It was totally dark. Pitch-black. The rain grew heavier, and, strangely, my strength returned and my mind grew clear. I must go, I thought. I must go now. Otherwise, I’m going to die here. It was no longer just drizzling. It was a torrential downpour.

Ten, twenty minutes later, I stood up and looked at the river. It was unrecognizable. Totally transformed. In that brief time, it had become a raging torrent. I waded through the mud, toward the water. What difference does it make? I get shot . . . I commit suicide . . . I stay here and starve . . . I die. So if you wanna shoot me, just do it, then! I thought as I tried to summon the courage to act.

I started walking along the riverbank. I didn’t care anymore about the guards behind me. If anything, I actually hoped to die. Something cracked under my foot. A twig? A root? Convinced I was about to be shot, I instinctively looked back. And to my astonishment, there wasn’t a single guard in sight. Were they handing over to the next watch? Yes! It was now or never. I threw myself into the river and started to swim. But then my head crashed into something. A rock? I have no idea. Water flooded into my mouth, and I was vaguely aware of being swept downstream. Then I lost consciousness.

I have no idea how much time passed. When I came to, I found myself lying on the riverbank. Shit! I didn’t make it across, I thought. I was shivering uncontrollably, my strength completely gone. I managed to raise my head, and when I did, I saw a light in the distance. It seemed to be coming from a house. How strange to turn on the light. Who would do such a thing? I wondered. Turning the light on at night in North Korea was tantamount to high treason. I couldn’t stand up, but I found I could move enough to crawl. So I crawled toward the house with the light on. Then I heard barking in the distance.

From A River in Darkness: One Man’s Escape from North Korea, by Masaji Ishikawa, courtesy Amazon Crossing.

Born in 1947 in Kawasaki, Japan, Masaji Ishikawa moved with his parents and three sisters to North Korea in 1960 at the age of thirteen, where he lived until his escape in 1996. He currently resides in Japan.

Haunted by the Ghosts of Henry James and Jean Rhys 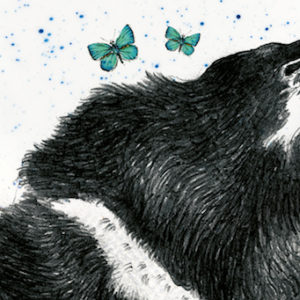 A quick start to the new year with The New York Times Book Review’s new 2018 calendar app, which tracks literary moments...
© LitHub
Back to top