In this episode, Chelsea Steinauer-Scudder explores when a marble mine began to strip a village of its forests and the people of Piplantri, India, developed a tree-planting project that reclaims a vital and ancient relationship between trees and women.

The Indian subcontinent was once a vast sea of green forest intersected by the Ganges, Indus, and Brahmaputra rivers, whose waters ran down from the high mountains, weaving and running through the trees.

Many of these primeval forests have been severely depleted or have entirely disappeared in the last three hundred years. After the arrival of the East India Company in 1757, the British Empire began seizing land to create a “commons,” a way to bring India’s natural resources under state rule, which permitted vast tracts of forest to be cleared for timber, railways, and agriculture. After India’s independence in 1947, the new government launched a process of economic expansion and rapid development. More trees were felled to make way for industrial projects, farming, grazing, and mines.

Through it all, rural communities in India have protected small groves of trees: evergreen forests in the Western Ghats, tropical jungle in the south, desert shrubland and Himalayan forests in the north. India’s forest dwellers are mostly tribal people who are indigenous to the subcontinent, referred to as “scheduled tribes” within India. Though the areas around their groves may have been widely cleared, these communities have kept small pockets of green safe from felling and other forms of environmental destruction. These increasingly isolated pockets of forest are often sources of both food and livelihood. Today, one-fifth of India’s population—approximately 275 million people, most of whom live on fewer than two dollars a day—relies on forests for clean water, wood for fuel, fodder for livestock, and timber. Some rural forest dwellers receive as much as half of their daily caloric intake directly from forested areas.

But the people who live among these groves do not merely see them as sustainably managed practical resources: communities relate to these groves as sacred and as the abode of local deities.

For thousands of years in India, trees have been entwined with divinity—a relationship that permeates Hindu mythology. The peepal tree—Ficus religiosa, sacred fig—is the tree of creation. A broadleaf evergreen native to India, it is known as the dwelling place of the trinity of Brahma, Vishnu, and Mahesh. (This tree holds a deep significance in Buddhism as well—known also as the Bo tree and Bodhi tree—it is the tree the Buddha sat beneath when he reached enlightenment.) The peepal is an epiphyte: if a seed is deposited (by a bird, perhaps) in one of the tree’s upper crevices, it can germinate and send out roots that grow to the ground from above, take hold in the soil, and become new trunks. In Hindu mythology, the peepal, also referred to by the name Ashwattha, is often depicted upside-down, with its roots stretching into the heavens and the branches of its crown reaching toward the earth. The fifteenth chapter of the Bhagavad Gita opens with the lines: “With its original source above (in the Eternal), its branches stretching below, the Ashwattha is said to be eternal and imperishable; the leaves of it are the hymns of the Veda.”

There is also the neem, Azadirachta indica, with its lush crown of narrow leaves, which is inhabited by Shitalā, the goddess of smallpox. It is a healing tree, sought for its curative properties. Lord Krishna played a flute made of green bamboo, whose name in Sanskrit, vansh, means “clan.” There is the banyan, Ficus benghalensis, with its many trunks, the tree of immortality; mango, Mangifera indica, whose branches are used in sacrificial rights; bael, Aegle marmelos, associated with Lord Shiva; and amla, Phyllanthus emblica, whose fruits are divine medicine.

Often, these protected sacred groves surround a temple, and following local spiritual traditions, the community takes from them only what is needed for firewood or food. The protection of these forests has, in turn, helped to protect local sources of water and places where diverse species find needed refuge.

In the last twenty years, India has lost as much as 1.5 million hectares of tree cover to agriculture, development, and industry. The sacred groves are increasingly isolated. And the whisperings of industry are there, moving closer to the forest’s edge, wondering how much these sacred trees are worth. 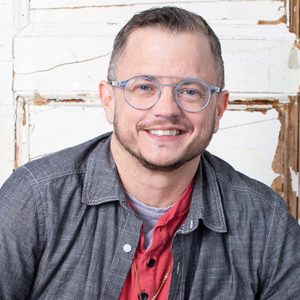