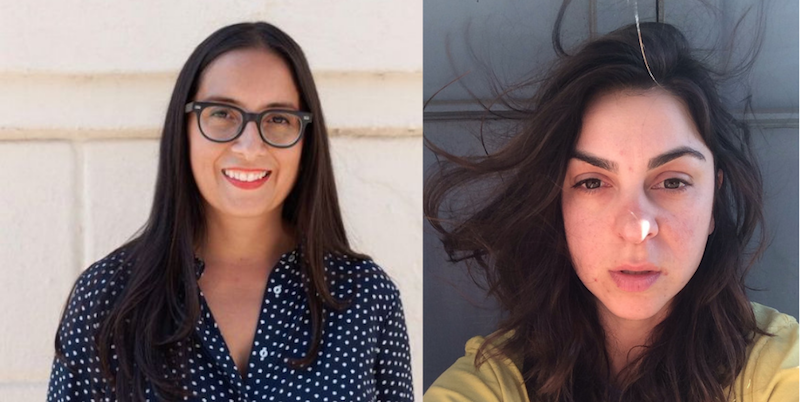 On Writing Science Fiction and New Narratives for Women of Color

Writers Nikki Darling (Fade Into You, Feminist Press 2018) and Lilliam Rivera (Dealing in Dreams, forthcoming from Simon & Schuster 2019) met recently to talk about new narratives for characters of color, fantastical world-building, and what it might look like to burn down the patriarchy. Below is the transcript of the conversation.

Nikki Darling: There’s a rich tradition of authors of color using science fiction as a way to tell stories of adversity and violence in order to highlight the absurdity of violence in our real world. I’m thinking of course of Octavia Butler, Samuel Delaney, and so on. What about the story in your new novel Dealing in Dreams drew you to science fiction, and how was that decision made? Did you find the genre gave you freedom as an author to tell the story, in a way you couldn’t have if it was set in contemporary society?

Lilliam Rivera: I grew up reading Ray Bradbury, and Octavia and Samuel—science fiction books. I knew that was where I was going to go. I knew it was my way of being able to write about difficult topics without being heavy-handed. I didn’t want it to be, “I’m going to tell you a story about gentrification, I’m going to tell you a story about racism.” I already know those things, I live them. But instead, I asked, “How do I find a way of writing about it?”

I like writing horror and I like writing speculative stuff because it’s a way for me to deal with these bigger themes in a way that I can handle. If I wrote about them honestly or if they had a contemporary setting, it would read like a history book or lesson.

ND: It’s true. I wanted readers to know that Los Angeles has a history and life beyond what has stereotypically been portrayed as the “LA experience.” Namely, that’s Hollywood, west side Anglo neurosis, or a seedy noir underbelly. While that’s certainly part of what LA has to offer, it completely erases 90% of the county and almost any and all communities of color. And when communities of color are shown, it’s usually associated with violence and turmoil. In my lived experience, all sections of the city contain a swirled variance of different lived realities, histories, and ancestries. People have lived here long before Mulholland Drive and Raymond Chandler. Los Angeles is as old as the fault lines that run beneath it. I wanted to shake the city loose from its static image.

I was being told by other women that I had to give up on my dream because I have two daughters.

Going back to Dealing in Dreams—I also love reading a book with characters of color whose experiences are different. I’m not saying that I don’t enjoy reading books that deal with contemporary narratives, but it’s also exciting when these stories are set in the future. Characters of color can have alternative experiences and storylines, but their struggles can still be grounded in contemporary interior issues. And—how do I say this in an inoffensive way?—I loved not having a bunch of white people in this science fiction book.

LR: For sure. I wanted to write a book that I would have loved to have read when I was young. It’s the truth—I wanted that action-packed book that’s about girls being violent. I wanted that.

ND: Yes! In Dealing in Dreams, you’ve created a society that is clearly a matriarchy, but the character Déesse is still operating using the rules of patriarchy. Men are objects to be objectified. Mega City is not a matriarchal utopia. At the beginning of the novel, I thought of women like Sarah Huckabee Sanders, Susan Collins, and Sarah Palin. Can you speak a little bit about this? Did you intend to model a patriarchal society within one that, for all intents and purposes, appears to be a matriarchy?

LR: When I first wrote my first draft, I had just given birth to my second daughter. As soon as that happened, everyone was like, “Wow, this dream you have of becoming a novelist is going to be put on hold.” I was being told by other women that I had to give up on my dream because I have two daughters. So while I was taking care of this newborn, there was this aggressive ambition, where I refused to be tied down by any kind of role that I was “meant” to have as a woman, as a Latina, as a mother.

Dealing in Dreams came out of this question: What does it look like when we embody these male roles? For the girls in the book, it really is about incorporating violence while the men are submissive. The women in this book are the only ones who have a voice or power. And I just kept thinking about that and what that would really look like in the future. When I finally came back to the novel, it was last year when the Women’s March was happening. There was a lot of talk about women burning down the patriarchy but I kept thinking of this one image. There’s this one image, I’m sure you’ve seen, of a black woman holding up the sign that says . . . I can’t remember, it’s just this image of these white girls, behind her, taking selfies. It was like this idea of, what does that really look like when you say you’re going to burn down the patriarchy? What does that look like for women, for women of color?

I wanted to write the book I feel like I would have read, as well as write about bigger things that I’m trying to grapple with as an adult. That’s why I like writing in young adult voices, because there is that freedom. It is a lot of experimentation, but with young adult books in general, there’s a lot of experimentation going on. There’s a lot of really great stuff that’s happening in the genre, and it’s not at all what everyone assumes young adult literature is. That’s why I always gravitate to that voice. It’s exciting to me.

I want to know about writers or books that you first read that spoke to you when you were young. For me, it would be S.E. Hinton’s The Outsiders, which is an obvious young adult choice, but also Gunter Grass’ The Rat, which was so surreal and violent.

I want to analyze this genre New Narrative and its lack of authors of color and also throw my own work in as a mixed-race woman.

ND: I have a confession to make. I did not read a lot as a kid. My dad was gone and my mom worked full-time, and I was a latchkey kid from eight-years-old on. What imprinted itself on to my brain instead, like a stamp I can’t scrub out, was television. I would get home, throw my bag on the ground, and turn the tv on and sit there until I fell asleep. Maybe that’s why I’ve had my writing describe as cinematic or dialogue-heavy. I tend to use dialogue as the way to paint a character’s interiority.

Being inside a character’s head and creating motive from that perspective is difficult for me, and it’s not where I write from naturally. I loved after-school specials—all of that purpley preteen soap opera stuff about anorexia, drugs, sad boys, girls who used sex as an escape.

But high school is when I discovered books in earnest. I fell hard and deep, now I’m two books a month on average.

LR: That’s so interesting. I feel for both of our books, our teenage characters are not even necessarily rebelling but instead trying to find their space in this world that is sort of unable to understand their voices at all. What connects your character, Nikki Darling, and Nalah in my book, was this sense of violence. You know, for me when I was reading about those moments with Nikki and her friends, there was this despair but also beauty within violent acts. They’re just desperately trying to connect. Does that have anything to do with why you wrote Fade Into You as a hybrid novel?

ND: Do you mean the usage of my own name as the protagonist?

ND: I’m not sure that’s very interesting! I’m in the USC Creative Writing/Literature PhD. My dissertation is on the genre o New Narrative, so I have been reading and writing, for the past five and a half years, a lot of New Narrative texts. My dissertation is called “New Narrative, Same Story: Authors of Color and the Voices That Are Missing.” I’m a big fan of New Narrative, but like many sections of the so-called progressive feminist world, it’s made up of predominantly queer white women, and a few queer white men. Dodie Bellamy, Kathy Acker—all writers that I love.

I was trying to figure out what that’s all about. There are these really experimental works written by writers of color written during the same time, but for whatever reason aren’t considered New Narrative texts, like Push by Sapphire or Borderlands by Gloria Anzaldua.

So these kinds of stylistic choices were and have been on my mind as a result of my dissertation. As a reader, I respond most when I’m reading a text that blurs the line between the reader and the author. I make a decision when I go in, okay, I know that the author wrote this, but there’s something so compelling when I’m not sure what is real and what is not. For instance, Black Wave by Michelle Tea.

ND: Michelle always uses her own name; her characters always have her name. And I really read the characters in a different way because I’m like, Is this Michelle, and what is not Michelle? It creates a tension for me as a reader that alters the reading the experience. So that was part of the decision. I personally identify as a white woman because I pass—I say I’m the daughter of a woman of color because my mother is Latina, but my father is a white man. But I’m also invested in creating—not to say that my book will be in this thing—and also articulating a new canon of already existing works and saying New Narrative isn’t a stagnant or done process, it’s still happening. I want to analyze this genre New Narrative and its lack of authors of color and also throw my own work in as a mixed-race woman and tell a story with a diverse cast of characters. Characters that look like the Los Angeles I grew up in, which was not white by any means.

In the Long Fight for Reproductive Justice, Storytelling is a Weapon 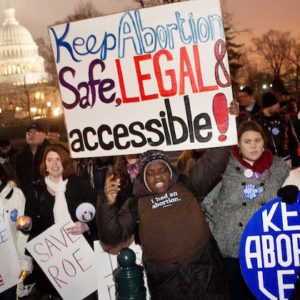 In the Long Fight for Reproductive Justice, Storytelling is a Weapon