The Baillie Gifford Prize: Making a Name for Itself on Both Sides of the Atlantic

If you’ve never heard of The Baillie Gifford prize, the most prestigious prize for non-fiction in the UK, it wouldn’t be surprising. For 18 years, it was known by another name: the Samuel Johnson Prize. Before that, from 1987 to 1997, it was The NCR Book Award for Non-Fiction. Although the prize has had three different names in its 30-year history, its goal has remained the same: to recognize the best non-fiction writing the English-speaking world has to offer.

When Toby Mundy became the Prize’s executive director in January of 2015, he was tasked with finding new sponsorship for the award. “We drew up a prospectus, detailing the Samuel Johnson Prize’s then-18 year history, and I set about talking to everyone I knew and everyone I could think of,” he says. “Lots of people had useful advice and suggestions. In the end, we had serious interest from two companies, but Baillie Gifford, the investment company based in Edinburgh, was clearly a perfect fit.” As the UK’s main sponsor of writing and book festivals, including the massive Edinburgh International Book Festival, Baillie Gifford has a long and well-documented history of supporting writing and literature in the UK. The prize was renamed The Baillie Gifford in 2016 under the new sponsorship terms.

Mundy’s goal then became increasing the prize’s significance in the UK and beyond. “Those of us closely involved in the Prize believe that there is currently a vacancy for the English-speaking world’s pre-eminent non-fiction book award,” he says. While there are some distinguished awards in the US and elsewhere, the Baillie Gifford differs in that it covers the entire swath of non-fiction writing. “In non-fiction, almost all the awards focus on a specific category—science, travel, history or biography, for example,” Mundy says. “The Baillie Gifford Prize is the only major award that covers the whole waterfront of non-fiction, including history, current affairs, science, memoir, and so on. We think that to really make an impact that can be felt throughout the world, a prize needs to make a single award, to pick one book. It is a way of saying to readers: ‘If you only read one work of quality non-fiction this year, this is the book for you.’”

Changing the name of such a prestigious award always includes some risk, but Mundy says there hasn’t really been much loss of traction in the UK. While he has witnessed some loss of visibility for the Prize in the US and other markets, he’s aware that building a reputation (even for an award that has been around for decades) takes time. “Despite the cult of overnight digital transformation, it actually takes a long time to build a strong cultural brand,” he says. “Opera houses, publishing houses and book prizes all, in my view, need significantly more than a decade to really have an impact on the culture.”

For Mundy, though, the impact non-fiction can have as an antidote to our subjective culture of “fake news” is a cause worth striving decades for. “I feel passionately that non-fiction books are the only medium of thick description of the world that human beings possess,” he says. “There is brilliant journalism and superb documentaries of course, but these are still only puddle-deep compared to the thick descriptions the best non-fiction books provide. Not only that, but the finest journalism and documentary invariably relies upon book length studies to tell their stories. So do policy makers, teachers, and innumerable others. I would argue that in this sense, the unique nature of quality non-fiction—quite unlike any other descriptions of the world that humans create—provides the building blocks of our culture and civilization… In the battle for our attention, I think we have forgotten the centrality of books to so much that is good about our cultures and societies.”

Mundy’s hope, then, is that the Baillie Gifford will provide readers a way of cutting through much of the noise. “The public really likes that there is an award of this kind,” he says. “And so do booksellers. In a world in which there is a super abundance of choice, there are millions of self-identifying non-fiction readers who now [have] a high quality prize that could help shape their reading choices.”

“Most all of us, trying to make sense of the world, turn to a work of general non-fiction that is authoritative, yes, but also accessible, and well written,” Mundy says. “The storytelling dimension of quality non-fiction is incredibly important… Writers who can tell big, true stories, often based on original research and interpretations, and who can also write great sentences are as rare as hen’s teeth. Of course these extraordinary women and men should be recognized and honored, and it is the greatest privilege for me to be involved in a prize that does that.”

You can see the shortlist for The 2017 Baillie Gifford Prize on the award’s website. The winner will be announced on November 16. 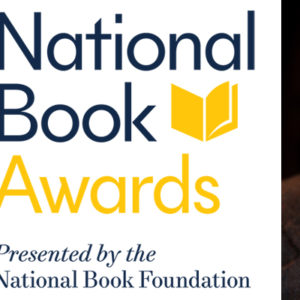 The 2017 National Book Awards (also known as the Oscars of the literary world), will be held on November 15th in New York...
© LitHub
Back to top