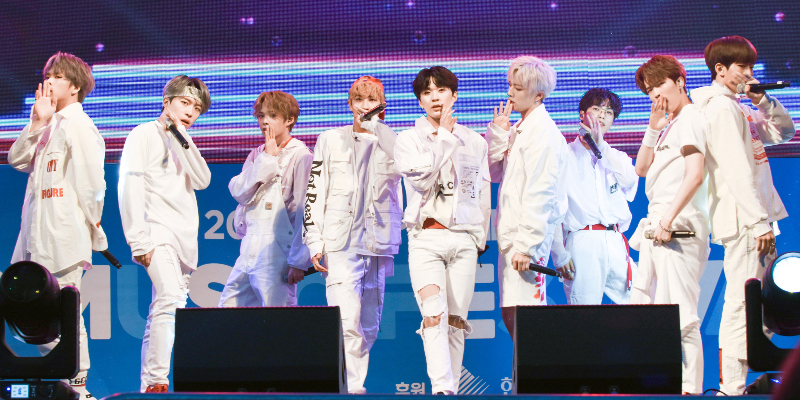 On this episode, acclaimed Pakistani writer Fatima Bhutto, author of New Kings of the World, continues her conversation with Nick, discussing the grueling origins of K-Pop and the popularity of Turkey’s soap operas, or dizi.

Nicholas Lemann: If I’m reading you correctly, you’re more ambivalent about K-Pop on the question of is it an authentic expression of Korean culture, or is it just kind of Hollywood half a world away? Could you talk about that, the differences between Bollywood and K-Pop, and why K-Pop seems to have a bigger American audience?

Fatima Bhutto: Well, K-Pop is huge in America. It’s got enormous, enormous numbers of fans here. It plays very big on terms of Spotify and iTunes. I think most of their K-Pop numbers come from North America in terms of listenership.

But K-Pop is interesting because it is a bait and switch, essentially. Whereas dizi and Bollywood may share certain things with American culture, they produce a very unique product at the end of the day that’s distinctly Turkish or distinctly Indian. Whereas K-Pop isn’t that distinct. That partly comes from Korean history, and it partly comes from its origins. America obviously had a huge influence in South Korea. They ran a full military government there from 1945 to ’48. Today, there are more American military personnel stationed in Korea than there are in Iraq and Afghanistan combined. They had huge numbers there through the 60s.

And those military bases, with all that personnel, needed entertaining. They brought Hollywood movies to the peninsula. Hollywood was bigger back then—I mean, in the 60s and 70s in South Korea—than it was in Japan or China, let’s say. Korean music at that time, in the 60s, 50s, was called Trot. That was a stodgy blend of foxtrot and Japanese music. If you wanted to hear or play anything besides Trot, you had one place to do that, and that was the American bases. So, their history is closely tied to America, one.

And number two, K-Pop is born out of the financial crisis of the late 1990s. Korea at that point had been very dependent on heavy industry, which was badly hit in 1997. As they were thinking how to reform, how to come out of the crisis, their president had a really inventive idea. He was inspired by Hollywood movies and by Andrew Lloyd Webber’s musicals. He decided to refocus the country’s attentions toward information technology and culture, because he figured it needed time and talent. And they invested millions and millions of dollars into the talent and into the technology to support it. They had very high broadband laid very early; much before you had fast broadband here, you had it in Korea.

So it’s produced in a very industrial factory sort of way. There’s an algebra for success. One of the biggest studios that makes K-Pop has this book called Cultural Technology. It’s a manifesto, and it’s spoken about with religious reverence. It’s CT for short. It’s not allowed to be taken out of the studios. Everyone studies it, down to what eyeshadows should be worn by what performer.

Andrew Lemann: These kids have a horrible life, right? Living inside this industry?

Fatima Bhutto: Yeah, it’s tough. They spend five years being trained in everything, in how to talk and how to dance and how to sing and how to eat and how to stand and how to sit, before you’ve ever even heard of them. So by the time they’re released and they now have fans, they’ve been through a grueling system designed for commercial success.

It’s a curious phenomena, but out of everything that I studied for this book, it was the one thing that seemed to be just everywhere. Dizi, which I was most interested by, hasn’t really hit the English-speaking world. It’s made it pretty much everywhere else. It’s very big in Asia. It’s very big in Eastern Europe. It’s now quite popular in certain Western European countries like Spain and Italy. It’s huge in South America. But nowhere where people speak English. I mean, no one in America is really watching dizi yet. And Bollywood is the same. Bollywood is huge in Africa, it’s massive in South America, but you’re not watching it in New York. But K-Pop genuinely is everywhere.

Fatima Bhutto was born in Kabul, Afghanistan, and grew up between Syria and Pakistan. She is the author of five previous books of fiction and nonfiction. Her debut novel, The Shadow of the Crescent Moon, was long listed for the Bailey’s Women’s Prize for Fiction, and the memoir about her father’s life and assassination, Songs of Blood and Sword, was published to acclaim. Her most recent novel is The Runaways.

When Lamb-to-Human Blood Transfusions Were All the Rage 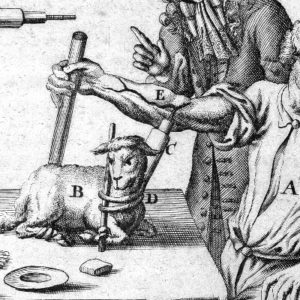 When Lamb-to-Human Blood Transfusions Were All the Rage

In the mid-1870s, the experimental therapy of lamb blood transfusion spread like an epidemic across Europe and the USA. Doctors...
© LitHub
Back to top