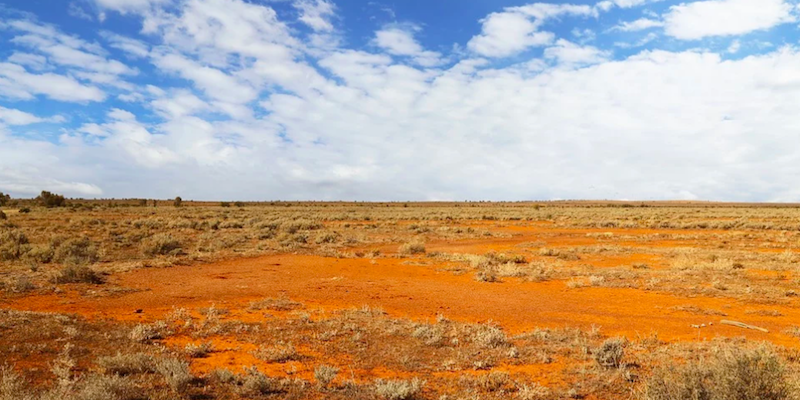 In firelight at the edge of the ocean above the wave-slapped sand, a man is singing to me and not to me. He is rising and crouching, to-ing and fro-ing in the flickering light, his black skin disappearing into the night and his body paint gleaming brilliantly, until I am awestruck in the presence of a dancing, writhing spirit creature with flailing arms, rhythmically stamping feet, and flashing eyes and teeth. He sings and strikes painted sticks as his feet slam into the red earth, vibrating the warm ground beneath us. A decorated teenager blows music into the buzzing didgeridoo, and the elder dances more wildly, throwing back his head and clawing the air in a chaotic yet contained rhythm. The fire crackles and others around me are joining in the song, hitting sticks and shaking dried seedpods. Hours pass and the Yolngu elder is still dancing and singing. He will sing all night long until the morning star rises.

He is singing the story of Creation. It’s about the Dreamtime, when the first people were carried to Australia by the creator spirit, Barnumbirr, on journeys across land and sea. As she flew, Barnumbirr—known to us as Venus, or the morning star—sang a song of her journey, describing the landmarks on her route and telling the story of the beginning, of genesis. The song, the dance, the ceremonial body paint are entrancing, imprinting a vivid, lived impression on my mind. The rhythm of the stamping, the clapsticks, drumming, and didgeridoo, the flashing firelight, the repetitive haunting song, the sense of a meaningful, shared experience—it is unforgettable. And indeed, songs like this haven’t been forgotten. They have been taught, learned, and passed down the generations for thousands of years. Perhaps for 60,000 years, since the first people arrived in Australia. They are the songlines.

Stories like the songlines are oral archives of cultural knowledge that bind their collaborators together through shared cultural reference, subtly redefining the parameters of family or society. Each Aboriginal group has its own unique songlines, detailing their laws, ceremonies, duties, and responsibilities, as well as their spiritual ancestors and landscape. Songlines are also living, story-bound maps—they are the invisible pathways that crisscross Australia. Melodic variance, artworks, and dance are used to describe landmarks, trees, rocky protrusions, creatures, weather patterns, and waterholes—often with reference to the constellations above. This allows songlines to transcend the many different language groups. If you know the song, you can find your way from one end of a track to another: each musical phrase is a map reference, “a memory bank for finding one’s way about the world,” as Bruce Chatwin wrote in his seminal study.

This explains the prevalence and importance of human stories: they work as collective memory banks, storing detailed cultural information encoded in narrative. Stories help cultural knowledge to linger in the collective memory long enough to accumulate and evolve, and they provide a reliable, energy-efficient way of transmitting complex, context-rich cultural information widely. As human culture evolved in complexity, storytelling became more than a vital cultural adaptation—our brains evolved with reflexive use of narrative as part of our cognition. Stories shaped our minds, our societies, and our interaction with the environment. Stories save our lives.

Cultural techniques, passed down through the generations in songlines, led to flourishing human populations across Australia.

It was a relatively small band of pioneering Australians that landed on the continent some 65,000 years ago, spreading rapidly, establishing thriving clans and communities, learning to make their unique environment work for their survival. They used firestick farming and made complex tools, including fishing harpoons and hunting spears, from multiple materials. Clans moved frequently, following the changing dry and rainy seasons, traveling between waterholes and other resources, mapping the land intimately as they went. Stories are a useful technology for learning, recalling, and teaching. As one Aboriginal elder explains: “We have no books, our history is in the land. We learned from our grandmothers and grandfathers as they showed us these sacred sites, told us the stories, sang and danced with us the Tjukurpa (the Dreaming Law). We remember it all in our minds, our bodies and feet as we dance the stories. We continually recreate the Tjukurpa.” The cultural techniques, passed down through the generations in songlines, led to flourishing human populations across Australia.

Storytelling is an inherently social enterprise—it relies on people sharing a mental commons, agreeing together to suspend reality and explore a virtual space-time. Although the songlines allow Aboriginal groups to differentiate from each other, they also, crucially, function as a unifying factor. These extraordinary oral maps of stories, land, people, and culture are not only essential to indigenous identity, they very likely saved the Aboriginal people from extinction.

Around 20,000 years ago, a trenchant ice age devastated Australia’s environment. On the other side of the planet, the Eurasian ice sheet extended 4,500 kilometers across, and on its own lowered global sea levels by 20 meters, locking up so much water that rains failed across the world. As the droughts became more severe, conditions became impossible for many mammals: Australia’s giant marsupials all died out during this time, and the human population crashed by 60 percent. Those groups that managed to cling on were increasingly isolated in geographically distant refugia across the vast continent. And the situation persisted for thousands of years. Small, isolated populations experiencing incredibly challenging environmental conditions deliver the classic ingredients for an extinction: with the gene pool not being sufficiently refreshed, devastating mutations creep in and weaken the population.

What should have been an evolutionary dead end—a human population isolated from the rest of the world’s people for tens of thousands of years, then split into tiny, isolated groups—did not result in local extinction. How did Aboriginal Australians survive, when so many other big animals died out?

Songlines saved them. During this period, facing especially harsh environmental challenges, people had to rely to a far greater extent on specialized knowledge to find the resources they needed and navigate different environments. Grinding stones dating to this ice age period reveal that people were already skilled in processing ngardu, and the discovery of adult molars with specific wear patterns point to people processing fibers to make fishing nets. These multistep, complex techniques had to have been stored in the collective memory bank, and passed on—even when such information was useless, when there was no ngardu growing in the area a group was living, for example—to be recalled, as a lifesaver, perhaps generations later.

And the songlines also helped ensure there was a healthy population to host this cultural information, rather as our “selfish genes” drive their own propagation. Throughout the terrible ice age, songlines and the rituals they describe helped tribes cope with isolation, and isolation helped the stories and rituals survive. Without an influx of different people with different ideas, there’s less pressure for a culture to change. However, because songlines could be universally understood, they also allowed for some intergroup connectedness—songlines operated as mating networks, allowing for the necessary genetic exchange that ensures diversity and staves off extinction. Songlines kept the cultural and gene pools healthy, enabling ice age Aboriginal culture to find a balance between being separated and connected, which had eluded the other large mammals. As the climate warmed and the continent became more habitable, Aboriginal populations flourished. There were around a million people living in 300 different language groups by the seventeenth century.

As human groups spread across the world, experiencing environmental and social challenges, our stories guided and bound us—and as our societies grew in complexity, our stories have evolved and adapted in concert, giving us the mental technology to navigate our physical and social environment as it expands from our immediate surroundings to the globalized world. We still use well-known stories—reduced to cultural maxims—to guide us, warning of “the boy who cried wolf” or to “look before you leap.” Storymaps, too, may have been widely used in the past—it has been proposed that Homer’s Odyssey is a poetic, easily remembered map of the Mediterranean. And there are hints that elephants use elements of storymapping, too. Like human brains, elephant brains are oversized for their bodies, and evolution has favored those individuals that are most adept at communicating and cooperating with enhanced memory. The matriarchs of the herds, like human grandmothers, remember remote waterholes from longago droughts that will save the rest.

Stories are a powerful survival adaptation because they don’t just allow us to travel back in time with our memories, they also allow us to mentally explore different future scenarios without expending time and energy. They act as virtual-world thought-experiments that enable us to trial risky or difficult permutations and store the outcomes. We do this intuitively all the time: we can imagine traveling the route to two different water sources and weigh up which is the better option without needing to make both journeys in person. 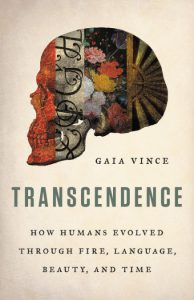 Gaia Vince, the author of Transcendence: How Humans Evolved through Fire, Language, Beauty, and Time, is a science writer and broadcaster. In 2015, she was the first woman to win the Royal Society Insight Investment Science Book prize solo for her debut, Adventures in the Anthropocene. She has held senior editorial posts at Nature and New Scientist, and writes for Science, the Guardian, and others. She lives in London.

We Didn't Always Pair Poets to Presidents: How Robert Frost Ended Up at JFK's Inauguration 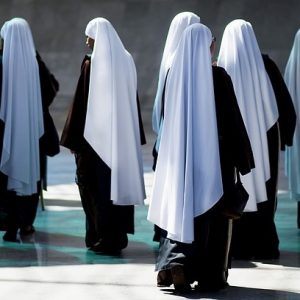 “When your book comes out, I’m going to give Father Tumino a copy so he can advertise it to the whole parish—get you some...
© LitHub
Back to top
Loading Comments...