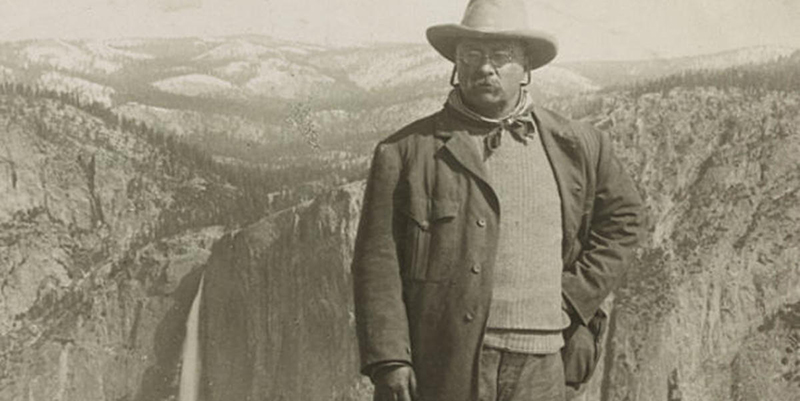 David Gessner in Conversation with Andrew Keen on the Keen On

On today’s episode, David Gessner, professor, Ecotone founder, and author of Leave It as It Is: A Journey Through Theodore Roosevelt’s American Wilderness, discusses how the ethic of morality and courage is missing in today’s politics.

Andrew Keen: What do you make of this supposedly landmark land conservation bill [Great American Outdoors Act]? Is it a profound insult to Roosevelt for Trump even mentioning him?

David Gessner: To answer your question, first of all, there is one overlap between Mr. Trump and Mr. Roosevelt; they’re actually a few. Believe it or not, they both were known for having small hands, which is kind of bizarre. And they were both born in Manhattan with silver spoons in mouth. But one of the main ones is they were perhaps the two biggest sinkholes for attention in American presidential history. Roosevelt’s daughter, Alice, said of him that he wanted to be the bride at every wedding. The corpse at every funeral. And the baby at every christening.

And what’s remarkable to me is, though he’s taken some hits lately, how successful he’s been. Like, I have this book coming out, and he’s in the news for the reasons you described, the toppling of the statue at the American Museum of Natural History and for Trump mispronouncing Yosemite. It’s like he’s right here, 160 years after you died. I have been so embroiled in my book launch, basically, that I’ve relied second-hand on shooting emails to environmental friends saying, what’s the catch? That’s my reaction to the Great Outdoors Act, because I knew it was sponsored by both Colorado and Montana senators who are famously tied to fossil fuels. And I knew that there was a big emphasis on infrastructure and on fossil fuel money. So that may be a little suspicious. But the take I have right now is it’s not a great thing.

One of the exciting things for me about it … is that it shows something that has been historically true: the overlap between conservative and liberals having common ground on the ground itself, one on public lands. This was true after the Civil War. This was true at the founding of our country. So it’s really good to see this. I’m not going to say it’s great or invigorating or thrilling, but I’m glad to see it. I’m not so crazy about Trump comparing himself to Roosevelt, which, of course, I consider a joke. But, you know, once he saves 230 million acres, he can start making that comparison.

Andrew Keen: I was struck with this supposed comparison between Trump and and Roosevelt in your book. And it struck me that Roosevelt is very much like Trump in many ways. Perhaps he was obsessed with attention. There’s certainly an element of narcissism to him, but he had a lot of friends and he had what you code “species humility,” which I think the current president of the United States doesn’t have. What is it about Roosevelt that enabled him to marry an element of perhaps distasteful narcissism with this human humility and this willingness to be generous with other people that clearly the current president of the United States doesn’t have?

David Gessner: I want to throw kind of a long bomb here. I haven’t really thought of this before, but your question is spurring this. If the same qualities that he had are the qualities we need to go back to historical figures and use historical empathy, we can be absorbed with ourselves in our own time. But by reaching beyond and in this case reaching back, we can grow. That being said, practically speaking, he had a father, probably very unlike Mr. Trump’s father, who was a large, philanthropic, generous man, and he looked up to him like no other. He said it’s the only man I feared and he deeply respected. His father was actually quite a lot more religious than he was. He practiced muscular Christianity. He called it no more meek little Jesus. And Roosevelt kind of turned that into the muscular environmentalism.

So he had this father figure to start with, and then he was an aggressive reader. At one point he was reading a book a day. … He didn’t want to be a statesman. He didn’t want to be a soldier. He wanted to be a naturalist. Charles Darwin and his studying of the natural world, which was very intense and very particular. Birds were his first great love, and his first writing grew out of his love of birds and allowed him to get outside of himself and wilderness itself. Being out in wild places, which came later in his life, allowed him to get out of himself as a fairly self-absorbed person.

I love being in places where it takes me away from me and breaks me out of that, and I think what we had with Roosevelt was plenty to criticize, and we can dwell on that, too. But what I do see is this growth toward more empathy, toward what you said with species humility, which is because of his early training and because of his love of being in wilderness. He escaped from anthropocentrism, which is, you know, as big a prejudice or bigger prejudice than anything. He was able to see that the world existed with animals and plants and fungi, and he grew beyond the small, petty, inward-turning vision.

David Gessner is the author of ten books, including the New York Times bestseller All the Wild That Remains. He has taught environmental writing as a Briggs-Copeland Lecturer at Harvard and is currently a professor and department chair at the University of North Carolina at Wilmington, where he founded the award-winning literary journal Ecotone. Gessner lives in Wilmington, North Carolina.

John Freeman on How Citizenship is an Active Thing 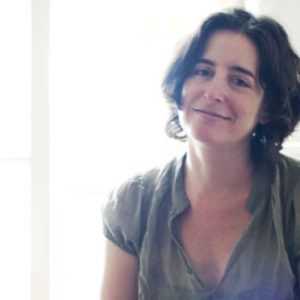 Christopher and Drew talk about why people might not want to read classics or books from "Best of the Year" lists, because...
© LitHub
Back to top