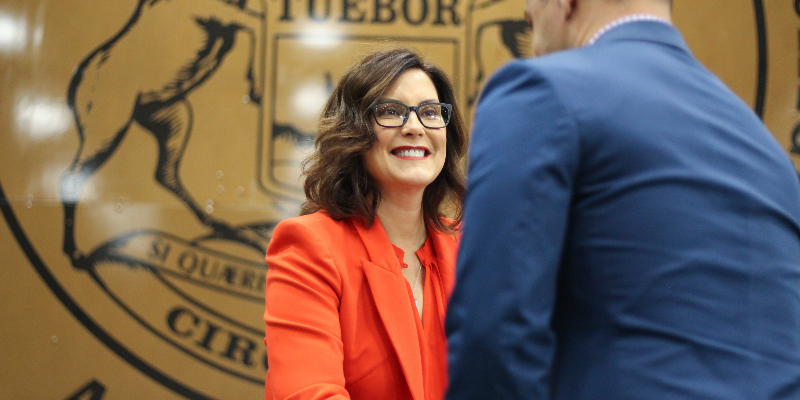 Carlton F.W. Larson in Conversation with Andrew Keen on Keen On

On today’s episode, Carlton F.W. Larson, author of On Treason, discusses the history of groups trying to overthrow the government, from the Revolutionary War to the recent militia group in Michigan.

Andrew Keen: If there is a clear financial relationship between Trump and Putin, could we argue then that Trump himself is guilty of treason?

Carlton F.W. Larson: I don’t think so. I think it would show, what we would say in colloquial terms, is a betrayal of the country, that he had put Russia’s interests ahead of America’s. If he’s even potentially taking orders from Putin, who knows? But even still, that would not actually amount to treason. It wouldn’t count as levying war against the United States, and it wouldn’t count as adhering to our enemies, giving them aid and comfort, because enemies doesn’t apply to just any foreign nation. It has to be a foreign nation with whom we are in a state of open war, and we are not in a state of open war with Russia.

Otherwise, if it were simply doing anything that helped another country, you could imagine all kinds of things could arguably be seen as treason. You’d give up one little thing in a trade negotiation with Canada. Have you committed treason? No, probably not. It wouldn’t make sense to have the definition that broad. So, this means that, in a colloquial sense, Trump may well be a traitor, but not in a legal sense. He couldn’t be prosecuted in federal court for his crimes.

Andrew Keen: It’s an irony, isn’t it, Carlton, that we’re obsessed with this concept of treason? We have the president going on and on about it, even though he clearly doesn’t know what he’s talking about. And yet in the last 65 years, as you note in your book, only one person in the United States has ever been tried for treason, or at least prosecuted. Why this obsession with treason? On the one hand, yeah; on the other hand, nothing ever really happens in the law itself.

Carlton F.W. Larson: I do think the obsession is is somewhat of recent vintage. When Barack Obama was president or George W. Bush was president, I didn’t get calls from reporters asking if the president of the United States had committed treason. I could get calls from reporters saying, hey, Obama accused someone of treason, is he right? This is distinctively part of Trump’s contribution to our political culture. I don’t think it’s a positive one. I mean, I guess it does draw attention to what I’m interested in.

Andrew Keen: But how dangerous is it? I mean, we can laugh about it, and everyone laughs about him. He’s increasingly becoming a figure of humor, of absurdity, as he seems to be continually unraveling in real time, especially over the last week. How dangerous is this perpetual conversation about treason, particularly, again, when we look at the photos of these bearded young men [who attempted to kidnap Gov. Whitmer]. They look as if they’re relatively simplistic characters who are easily swayed by demagogues like Trump.

Carlton F.W. Larson: Well, this is, I think, a real problem. The likelihood that Bill Barr’s Justice Department will go and indict Nancy Pelosi for treason is zero. Trump wants that to happen, but it’s just not going to happen. That’s silly. But these things trickle down to other folks who actually believe what the president says, who really think political opponents are actual traitors.

You just can’t have a pluralistic, functioning democracy with multiple political parties where everybody thinks everybody on the other side is a traitor, and the disagreements over public policy get converted into the highest crime known to the law. We have to be able to disagree with each other without being disagreeable and without labeling each other as criminals. This has really poisoned political rhetoric in this country. And hopefully, maybe if Trump leaves office, it can come back a bit. But there are real costs to this. Not so much because I’m worried that someone’s gonna be improperly tried for treason in a federal court. That won’t happen. But these guys, they supposedly were gonna try Governor Whitmer for treason on their own in some sort of proceeding. And that’s really quite terrifying.

Carlton F.W. Larson is a Martin Luther King, Jr. Professor of Law at the University of California, Davis, School of Law, where he teaches American constitutional law and English and American legal history. A graduate of Harvard College and Yale Law School, Larson is one of the nation’s leading authorities on the law of treason. His scholarship has been cited by numerous federal and state courts, and has been highlighted in the New York Times and many other publications. He is a frequent commentator for the national media on constitutional law issues and is the author of the book The Trials of Allegiance: Treason, Juries, and the American Revolution (Oxford University Press, 2019).

The Many Ways in Which We Lost
Our Grandfather 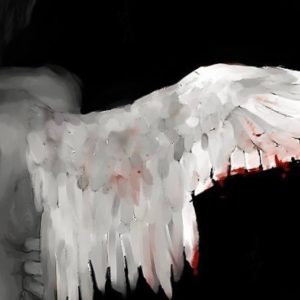 The Many Ways in Which We Lost
Our Grandfather

In the beginning of his dying, Agong rode the bus up and down the coast of California with no money and no English and no pants....
© LitHub
Back to top