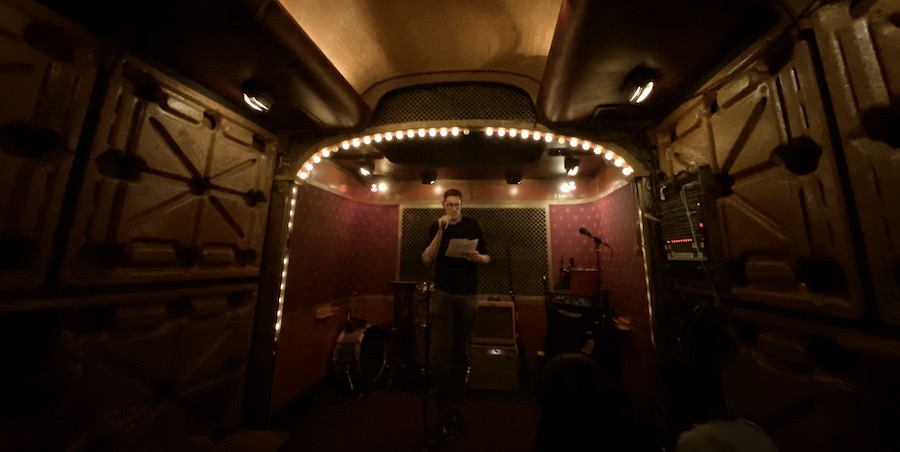 We launched the Rally Reading Series as an emphatically political literary event right after the 2016 election. To combat our new reality of intolerance, corruption, and authoritarianism, we wanted to showcase politically themed writing and fundraise for communities caught in the president’s divisive crosshairs. Now, as we enter this crucial election year, collective civic action is more urgent than ever, and we plan to step up our efforts.

Rally grew out of a discussion in writer and Pete’s Reading Series curator Brian Gresko’s kitchen on a drizzly, but over-warm day in November 2016. We were huddled over tea and whiteboarding with a diverse coalition of writers. Fundraisers and partnerships, buses to DC for the Women’s March, secure channels of communication—we were deliberating over a complex problem: how to resist.

We were scared. It had been a long, hot, nervous summer, and now, in the thick of fall, it was hard to even recognize the world.

We continued the conversation via a private Facebook group, NYC Artists & Writers for Liberation, and, once or twice, over Signal, an encrypted messaging app. Secrecy seemed necessary, since no one knew what kind of world we lived in anymore. We shared suggestions for action—marches, sit-ins, strikes, and events.

Even in those early days after the election, so much important writing was appearing in print and online, and we agreed it would be a shame for those words to get but a few likes before passing on to the digital grave. We wanted to give writers an opportunity to share their vital work with a live audience and create a space that made us feel like we had in Brian’s kitchen—that individual and collective civic action could make a difference. And that democracy was still worth fighting for.

By chance, two people in our group, Brian and Christopher Green, ran a reading series at Pete’s Candy Store, a Brooklyn bar and music venue in Williamsburg. Christopher’s series, an open mic called the Prose Bowl, had recently held an election-themed show that was praised by the bar’s owner, Andy McDowell. Andy was eager for more shows involving politics. Inquiries were made, and a spot secured.

To start, there were four official members of The Rally (though we had early assistance from Brian): myself, Christopher Green, Lindsey Boyle, and Jessica DuLong. We got together a few times at bars and restaurants over drinks, and we were enthusiastic and collaborative, working with the larger group to coordinate actions.

We made spreadsheets with ideas for readers. I work in marketing and had some idea of what we’d need to launch: a website and social media presence, and—if anyone had time—a little PR and a newsletter. Sadly, no one had time for the newsletter.

I was prepared for the difficulty of attracting writers to a series no one had ever heard of, but we had an outpouring of support from all kinds of writers: journalists, young adult, fiction writers, graphic novelists, nonfiction writers, and poets. The format we settled on would feature writers that we solicited, reading “political writing”—whatever that prompt meant to them.

Not only were writers enthusiastic to share their work, but there was a newly urgent need within the community to engage with political ideas and in collective action.

The first show took place on February 21, 2017, with Porochista Khakpour, Tracy O’Neill, and Leland Cheuk taking the stage. I’ve been to many readings across the country, but Pete’s, with its softly lit, red-velvet glow and speakeasy vibe, is easily my favorite venue.

The show was a thrill: the house was packed, and the work was thoughtful, biting, and engaging. It seemed that not only were writers enthusiastic to share their work, but there was a newly urgent need within the community to engage with political ideas and in collective action.

At each show, writers read their work, then assemble onstage for a room-wide dialogue. Not necessarily a Q&A—no craft questions or “where do you get your ideas”—but something that feels like a genuine discussion about ways to confront our country’s catastrophic path.

Admission is free, but each month we solicit donations for small and medium-sized nonprofits. At our launch, we raised money for the Trevor Project.

Our readers pick the organization they feel strongly about. There are so many worthy causes, but some of the lesser-known organizations have really benefited from our contributions. Every month it seems another marginalized group is under assault, and fundraising feels like a concrete way to counter each new horror.

We’ve had almost 25 shows, and topics have included the treatment of migrants, the Muslim ban, discrimination against LGBTQIA people, sexism, transphobia, racism, disability rights, and sexual assault. The Rally Reading Series now takes place on the first Thursday of each month, and we’re a permanent fixture at Pete’s.

We’ve collaborated with other organizations to further spread the word, and last fall, we partnered with PEN America to feature an incarcerated poet reading his work via audio recording. This initiative—BREAK OUT—was organized to commemorate the 1971 Attica Prison uprising and raise awareness about criminal justice reform and mass incarceration.

Each election season, we’ve collaborated on a reading with The Rumpus, and had another joint event this past November. We’ve also worked with Guernica Magazine and The Seventh Wave, and we’d like to collaborate with more folks in the future—if you work for a publication or advocacy organization in New York City, we’d love to hear from you.

There have, of course, been challenges. New Yorkers are busy. There was no leader of our misfit group, so members had to step up and take on tasks. After the first season, some of that initial crew left due to other commitments.

I’m now the sole curator of the Rally Reading Series. It was sad to lose people and a bigger commitment than I initially imagined, but I get so much out of meeting and chatting with readers and audience members at our shows. The feeling after a particularly moving piece—I get emotional thinking about it.

I volunteer my time and funds, but it’s not easy asking others to volunteer their valuable time and work. We can’t afford to pay market rate to the artists who do illustrations of our readers for promotion, but it’s heartening to see such generosity from those who do pitch in.

Initially we worked with the painter, illustrator, and designer Janelle Sing, who did beautiful digital renditions of our readers in addition to our logos. Now we work with a very talented artist and designer, Tag Hartman-Simkins, who does breathtaking visual promotions for our shows. I feel lucky to have encountered both these artists and that readers can walk away with these small masterpieces, their illustrated portraits.

What does the future hold for The Rally? I’d love to partner with more advocacy organizations and publications, and we have several planned for 2020, including one in June with Words Without Borders. I’d like to donate more money to more causes. We’ve raised thousands of dollars, but I dream of tens of thousands. Hundreds of thousands. It would also be great to record events, maybe have a podcast so more folks could engage with these urgent political topics. Maybe we’ll start a literary journal! Or, just a newsletter.

By now the secret Facebook groups have gone quiet, and the encryption tools have been uninstalled. Of course, there are still many causes to advocate for—halting climate change, as one example. But now, with the impeachment process underway, the world feels more hopeful than it did in November 2016.

Back then I couldn’t have imagined living through three years of this administration. Those early days brought many of us together—there was solidarity in busing down to DC for the inauguration, protesting and marching. At the Rally Reading Series, we extend that sense of solidarity, uniting people and renewing our commitment to resistance. And, luckily, Brian still lets us come over for tea if we ask nicely.

Ryan D. Matthews is a writer and editor from rural Washington State and earned an MFA from the New School. A Hawthornden Castle Fellow, his work has also been recognized with fellowships from the Ucross Foundation, Virginia Center for the Creative Arts, Blue Mountain Center, the Jentel Foundation, and others. He was recently nominated for the PEN/Robert J. Dau Short Story Prize for Emerging Writers and was a finalist for the 2019 Emerging Artists Program from the Jerome Foundation. His work has appeared in Joyland and is forthcoming from the British journal Litro. 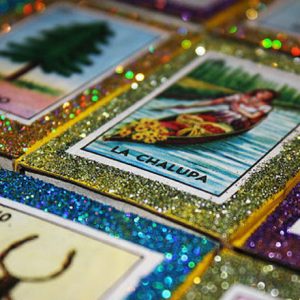 In creative writing courses, we’re often told that quotidian topics make the best grist for the mill. We’re asked to consider...
© LitHub
Back to top