On the Random Discovery of Life-Changing Books

Bruce Bauman’s Life Under the Influence

My greatest teachers have been books. And from two unlikely and wildly different sources did I find the first books that opened new worlds to me.

Although my mom taught me to read by the time I was four years old, I don’t come from a family of “readers.” My mom was probably the biggest reader of anyone, and her tastes ran to Daniele Steele and Barbara Taylor Bradford. But it was through a sort of family member that, at the age of 14, I discovered the first important books of my life. My Aunt Betty, a widow, had married Fred, a widower. It seemed Fred’s deceased wife had some books, and instead of throwing them away, they gave them to me because I was a “reader.” At that time mainly of comic books, James Bond novels, and sports books.

And then arrived a box of maybe ten books which my mom deposited in my room. I remember Dana’s Two Years Before and Pride and Prejudice—neither of which seemed that interesting. But three others came that would change my life.

The first was a tattered little paperback of Allen Ginsberg’s Howl. I read the poems “Howl” and “America,” and instinctively knew: No way do I ever talk about this with my parents. These were not like any poems I’d read. Not that I actually remember reading any poems in Bleecker Junior High or PS 21, where back in sixth grade the only book they had 38 copies of was The Yearling. Yeah, that’s what a bunch of Queens kids were just dying to read. Then came the anti-Yearling, the explosion that is Allen Ginsberg: opium, snatches of a million girls, queer shoulders, communists… Oh my.

I put Howl back in the box and hid it in my closet underneath a pile of sneakers and sports equipment. Over the next week or so I reread Howl before opening the hardbound version of Whitman’s Abridged Works. I didn’t read it with the same mouth-agape wonder as the Ginsberg. And it was years later that I found myself reading Whitman with real vigor. But old Walt’s words must’ve made an impression, because the opening line to my book Broken Sleep is a riff on a famous line from the first Bard of Brooklyn.

Ah, Brooklyn. Borough of my birth. Last Exit to Brooklyn, Hugh Selby Jr.’s intrepid descent into a very long American season in hell was the last of the trio. What astounded then, and still does today, is the graceful beauty of Selby’s language that conjures a world of ceaseless pain and torment.

About a year later, after attending Stuyvesant for one day, I declared I’d never again make the trek from Queens to Manhattan and back just for school. Well, bad and crazy shit happens (see Juvenile Court appearance) and I ended up, at great financial cost to my parents, schlepping to a Manhattan private school for the last two years of high school. During one of the seemingly endless subway and bus rides, I was reading a Rolling Stone article on Alan Passaro, the Hell’s Angel who stabbed Meredith Hunter at Altamont. Passaro said the event’s organizers hired the Angels to protect Mick Jagger—and that’s what he was doing when he killed Hunter. Passaro claimed my life is “like Kafka’s Trial.” I was just shy of my 15th birthday and had never heard of the guy or the book. One day, after getting off the 7 train, instead of hopping on the Q13, I went to a bookstore and bought The Trial. And so began my love affair with Franz Kafka, which not only opened an interior world but provided me with brand new cast of writers to read. Not long after finishing The Trial and Amerika, I bought Diaries. Kafka speaks of many writers, often giving his judgement and sometimes having his own very one-sided arguments with them. I consider Diaries my introduction to Goethe, Dostoevsky, Robert Musil and so many others.

According to his friend Max Brod, Kafka loved and admired Knut Hamsun. I didn’t immediately look for Hamsun after reading about him in Diaries. That happened after listening to a late-night radio program featuring a group of comic book writers. The moderator asked each one “Who is your favorite writer?” Stan Lee, unsurprisingly blurted out “Me!” Another, and shamefully, I can’t remember who, mentioned Hemingway’s style, which he (Hemingway) had appropriated from Knut Hamsun. That got me to go find Hunger, Hamsun’s masterpiece. It is a disturbing and yet funny book I’ve read 15 or 20 times. But what is most disturbing is that perhaps the greatest Jewish writer of all time admired someone who embraced Hitler when the Nazis invaded Norway, and who, after the war, was put on trial for his betrayals. It was a lesson learned—love the art, not the artist.

There are so many more writers I could mention… Djuna Barnes, Grace Paley, Pynchon, Joyce. Yet the writers of whom I’ve written above are my foundation. And how I found them taught me something essential—life, like great literature, is an unpredictable mystery.

Whitman, in the broadest sense, defined the American character. He took the different drum and made a whole new drum kit. In “Song of Myself” (now it’d be called Song of Myselfie), he binds the oneness and groupness of America. Most importantly, like Twain, he began the tradition of writing in American vernacular, which began to define the American character as much as subject matter. Every American poet since, whether it is Pound, Eliot, Stevens has had to, as Pound said, make peace with Whitman before going on. You either broke from him as did Pound or you broke new ground in his path as did Ginsberg.

“Howl”’s opening line (maybe the most famous in poetry) combined with America’s (maybe not so famous) last line changed American cultural history. I read these poems today and they still fuck with my head—the matching of words, sounds and images… genius. And let us not forget the absolute fearlessness, the hope and the sadness, that would become Ginsberg’s saddest poem (“Kaddish”). The Beats were probably the first white middle class hipsters and their influence has never waned. There’s no Dylan, Patti Smith, Hunter Thompson and so many more writers and singers without Kerouac, Corso, Burroughs and Ginsberg.

Burroughs’ book Junky may have been the first post-war heroin novel, but Selby created a much larger and more vivid world. As far as I know, there’d never been a character like Tralala in American literature before (although Stephen Crane’s Maggie; A Girl of the Streets is definitely an ancestor). But it is Selby’s portrayal of poverty, anger and sexual deviation that endures, a dismantling of the middle class lie that we all belonged to JFK’s Camelot and would forever enjoy its riches. Selby’s use of vernacular, his own sort of Brooklyn bar stool grammar, gives every writer the ability to look, learn and say “This is my damn book—I’m going for it motherfucker.”

Kafka, The Trial and Diaries

The idea of being arrested for doing nothing wrong and never finding out why and then dying “like a dog…” is all too familiar to anyone born after 1925. Kafka’s visionary novel, written in 1920, anticipated the knock on the door that led millions of innocents to the death camps— including his entire family. Paranoia and futility are the twin pillars of Kafka’s fiction.

Now, unlike as a teenager, I see the book as more of a religious struggle: Joseph K’s/Kafka’s struggle to understand how to live life after the painful realization that god is, at best, silent. Unable to make that leap of faith, and believe in what you can never see or know is no longer possible for the Kafka protagonist. Kafka’s god will no longer be the rescuer of Abraham.

Kafka’s Diaries bring anguish and despair to levels never before seen on the page. Everyday occurrences and all too human behaviors are dissected by an expert hand… Each sentence draws the noose of logic tighter and tighter until he reaches his most often unhappy conclusion. After years of pessimism, illness, defeat, and paralysis, Diaries end with this line: More than consolation is: You too have weapons.

I find this book the hardest to describe. Saying it as a novel narrated by a delusional bum who rants, and then rants some more about his days wandering around Christiania (now Oslo) fails miserably. As much as anything, it is a style that revolutionized literature.

Hamsun went to the US in the 1890s and though he didn’t seem to like America or Americans, he loved the way they spoke. Short, pointed sentences filled with ironic undertones and a certain playful boasting. He took American speech and made it the style for the novels Hunger and Pan. Hunger has no “plot.” The narrator tells of us of his encounters with people that almost always end badly. Mostly, he’s on a quest to get some articles published so he can get some money to eat. But it is the interior workings of the narrator’s thought process that is the breakthrough. It is not quite Joycean stream-of-consciousness, but Hamsun takes us pretty far down that road.

Bruce Bauman is the author of the novelsBroken Sleep andAnd the Word Was. His work has appeared in the Los Angeles Times, Salon, BOMB, Bookforum, and numerous anthologies and literary magazines. Bauman is an instructor in the CalArts MFA Writing Program and Critical Studies Department and has been Senior Editor of Black Clock literary magazine since its inception in 2003 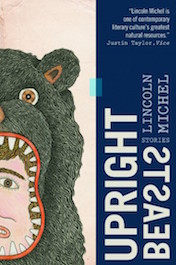 I received my acceptance to the colony in the mail. Or rather my husband had laid it out for me when I got home. The letter...
© LitHub
Back to top
Loading Comments...