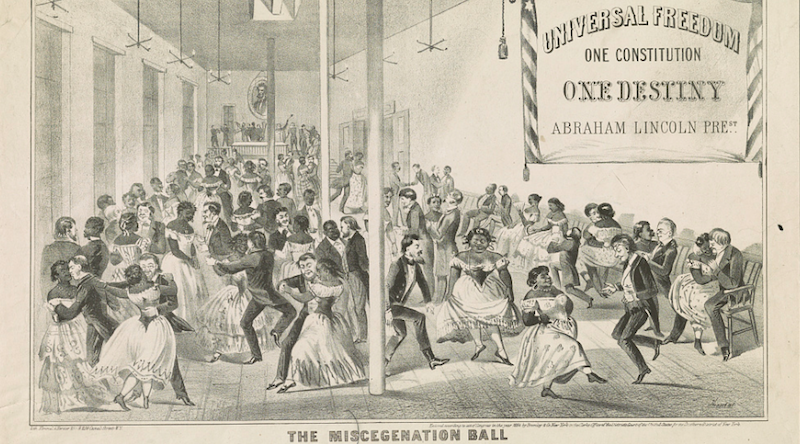 Politicians and marketers have long understood the power of a single, well-chosen word to sway the public—le mot juste, or injuste, as the case may be. George Orwell’s Newspeak from 1984, a language in which words become straitjackets for thought, was the concept taken to a frightening albeit fictional extreme.

Reality, not quite as grim but trying, has this year bequeathed us a new and abhorrent example: groomer, the buzzy right-wing epithet for anyone who disagrees with efforts to banish LGBTQ people and concerns from school libraries and curricula.

A conservative activist, Christopher Rufo, has been promoting the term as a political weapon since at least the beginning of the year, but Christina Pushaw, press secretary for Florida Governor Ron DeSantis, seems to have pushed groomer into the wider so-called discourse in early March when she attempted to rebrand a schools bill that opponents dubbed the “Don’t Say Gay” law. The legislation would be “more accurately described as an Anti-Grooming Bill,” Pushaw tweeted, adding that if any reader disagreed with her, “you are probably a groomer or at least you don’t denounce the grooming of 4-8 year old children.”

Soon, the word and its variants were in heavy rotation on Fox News and other conservative outlets, with Laura Ingraham, for one, offer the sweeping claim that America’s public schools had devolved into “grooming centers.” It also surfaced during the spring confirmation hearings for Supreme Court Justice Ketanji Brown Jackson, when Republicans strained to paint her as “soft” on child abusers.

A University of Binghamton study found a 100 percent spike in groomer’s use as a slur on Reddit over the first three months of the year. In July, following several violent incidents in which teachers and LGBTQ-friendly businesses accused of being “groomers” were attacked or vandalized, Reddit finally banned use of the word as an LGBTQ slur. Media Matters for America, among other leftist groups, has called on Twitter to institute a similar ban.

It is surely not coincidence that groomer has found traction in a midterm election year. The epithet’s implication, of course, is that anyone who, say, reads kindergartners a picture book with two moms in it or camps up Rapunzel at a drag queen story hour is at worst a pedophile, at best an enabler. Whether or not everyone tossing the term around aside from the QAnon faithful really believes that—and sometimes the unsaid is said, as when Representative Marjorie Taylor-Greene tweeted that any senator voting to confirm Brown “is pro-pedophile just like she is”—groomer is a handy way to put opponents on the defensive and rile up allies, a convenient slur tapping into a long history of anti-gay and -trans fear-mongering. With a single word, sex, bigotry, and fear enter the so-called discourse like a depth charge.

One hundred and sixty-eight years ago, bigots manning the ramparts during that era’s civil rights struggles accomplished a similar feat with the word miscegenation. (Yes, I have lured you into a history lesson.) But where groomer has a pedigree as a legitimate term of opprobrium—cf. Ghislaine Maxwell and perhaps your local archdiocese—miscegenation was invented out of whole cloth, intended as a bludgeon to preempt debate in a racist society where intermarriage was deemed an appalling notion, even among many white abolitionists.

This was at the beginning of another election year, the presidential campaign of 1864, when Abraham Lincoln’s reelection was far from assured, given that the Civil War was slogging into its fourth year with no clear end in sight. For his part, the eventual Democratic nominee, General George B. McClellan, supported the war but didn’t much care about ending slavery, and advocated that willing Confederate States be allowed to rejoin the Union without having to abolish it. Despite the previous year’s Emancipation Proclamation, and with the 13th Amendment bottled up in Congress (and the 14th, and 15th way off on the horizon), the post-war status of both enslaved and free African-Americans was very much up in the air. This was a wedge issue looking for a wedge.

Enter miscegenation. The term was coined in an anonymously-authored 72-page pamphlet titled “Miscegenation: The Theory of the Blending of the Races, Applied to the American White Male and Negro.” Selling for 25 cents, it was published in New York City at the beginning of the year and purported to be a scientific tract arguing not against but for the physiognomic, cultural, and moral benefits of “a mixture of bloods.” Miscegenation, stitched together from the Latin words for mixing (miscere) and race (genus), was presented as a more accurate and elevated replacement for “amalgamation,” the then-current term of art, borrowed from metallurgy. The new word’s mantle of dignity was an argument in itself.

Where groomer has a pedigree as a legitimate term of opprobrium miscegenation was invented out of whole cloth, intended as a bludgeon to preempt debate in a racist society where intermarriage was deemed an appalling notion.

In fact, the pamphlet was a hoax, written by two reporters for the New York World, a Democratic paper, and calculated to discredit Republican abolitionists. Supporters of slavery had long argued that interracial marriage would be the inevitable result, if not the goal, of freeing Blacks and granting them citizenship; miscegenation concentrated hatred and sexual fear mongering into a verbal poison pill. The men behind it were all the more canny for disguising their creation as a supposed product of elitist social engineering. As the pro-slavery New York Day-Book put it, using language echoed by populist demagogues ever since, “the beastly brochure on ‘Miscegenation’… disgusted all decent people, except the philanthropical elect.”

The earliest newspaper citation I could find using an on-line database was appropriately ludicrous: on January 25, 1864, the front page of the New York Herald featured an account of a public séance in which a medium had contacted Andrew Jackson. The dead former president’s spirit allegedly spoke out in favor of miscegenation while also hailing slavery as “an unmitigated blessing.” (Perhaps the medium had it right: among slave owners, and Jackson had been one, these were not mutually exclusive enthusiasms.)

A more typical citation comes from the West Chester Jeffersonian, an influential Democratic paper in Pennsylvania—ironically named in this context–which attacked the Emancipation Proclamation as “a thorough-going program for ‘miscegenation.’” Or, to backdate Christine Pushaw, If you are against enslaving Black people you are probably a miscegenator, or at least you don’t denounce the sexual degradation of white women.

In 1944 the historian Sidney Kaplan published what seems to be the definitive account of the term’s origin and exploitation, which I have relied on here. “Miscegenation, without doubt, had become a central campaign issue—a darling issue” for Confederate sympathizers, Kaplan wrote. “Throughout the land, in sharp polemic, right up to the November balloting… the national press would bandy word and issue about in an unending saturnalia of editorial, caricature, and verse”—most of it too ugly to be quoted here.

In his recent Pulitzer Prize-winning biography, Frederick Douglass: Prophet of Freedom, David W. Blight writes that “the idea exploded as a political weapon more lethal than any impending constitutional amendment.” The war itself was condemned as a “cruel, Abolition, miscegenation war,” and Lincoln mocked as “Abraham Africanus I”—tyrant and race traitor, if not mixed race himself. Blight adds, “Frightening and disheartening to African-Americans, this kind of race-baiting politics knew no bounds.”

Another contemporary historian, David Goldfield, has called the Democrats’ efforts in 1864 “probably the most racist presidential campaign in American history.” (That probably is doing a lot of work.) The miscegenation frenzy was abetted by the fact that much of the 19th-century press had no more commitment to impartiality or accuracy than do 21st-century Russian troll farms. Kaplan cites a New Hampshire paper that fabricated a report alleging “sixty-four Abolitionist school mistresses of New England… had given birth to mulatto babies.” According to Kaplan, “Democratic newspapers far and wide spread the story and the Republican press was kept busy exposing the ‘atrocious calumny’ as a ‘Copperhead slander’” (Copperhead being an epithet for anti-war Democrats and other Confederate sympathizers).

Perhaps we can take heart that in 1864, at least, hard-won progress trumped appeals to fear and bigotry at the majority of ballot boxes.

In a series of April editorials, the pro-Lincoln New York Times attempted to defuse what it sarcastically called “the serious and important topic of ‘miscegenation.’” Continuing in this vein: “If we are to believe what we hear, especially from the recognized and authoritative organs of the Democratic party, the rage for marrying black people… has taken possession of the Republican party.”

To white readers in 1864, this was intended to be self-evidently preposterous. But mockery wasn’t enough to make word and issue go away. In a subsequent piece entitled “The Waste of Pro-Slavery Twaddle,” the Times confessed it had perhaps been “too jocular” on the subject and asserted, probably wishfully, that “even the small amount of attention [miscegenation] has received among us has already made us the laughing stock of men of education all over the world.” Given American narcissism, crying over the nation’s lackluster reputation abroad was surely as hapless a tactic then as now.

Fortunately, the Union’s battlefield fortunes improved in the second half of the year—among other events, Sherman took Atlanta at the end of July—and Lincoln ended up winning reelection with 55 percent of the popular vote and an Electoral College landslide. However, he received less than a third of the votes in New York City, a Democratic stronghold where miscegenation rhetoric had been tooled to inflame Irish immigrants and other poor white voters, already angry over conscription—the city had been convulsed by a racist draft riot the year before that included lynchings—and now fearful of losing work to freed Blacks. But perhaps we can take heart that in 1864, at least, hard-won progress trumped appeals to fear and bigotry at the majority of ballot boxes.

The hoax behind the original pamphlet was exposed not long after the election, but miscegenation had served its purpose as a race-baiting rhetorical snare. (And in some quarters still does: in 2018, two years before she was elected to congress, Marjorie Taylor Greene—her again—shared a notorious hate video on her Facebook page which featured a British Holocaust denier claiming that “an unholy alliance of leftists, capitalists, and Zionist supremacists have schemed to promote immigration and miscegenation.”) Reflecting on the 1864 campaign, an abolitionist editor in Boston lamented that Republican papers had been forced to devote so much space to “labored attempts to combat arguments and illustrations which should have been treated only with ridicule.” Anyone who has wasted time trying to disentangle the groomer slander, or dug around for imperfect but hopefully illuminating historic parallels, knows exactly what the Boston editor meant.

Bruce Handy is a journalist, critic, humorist, and the author of Wild Things: The Joy of Reading Children's Literature as an Adult. HIs most recent book for actual kids is The Happiness of a Dog with a Ball in Its Mouth, illustrated by Hyewon Yum. (Photo credit: Justin Bishop) 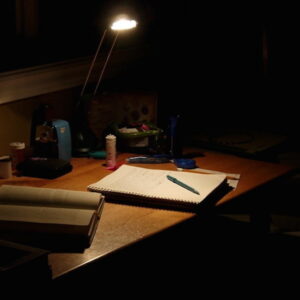 For someone who thinks of herself as a writer, I’m writing very little these days. It’s been months since I’ve liked...
© LitHub
Back to top