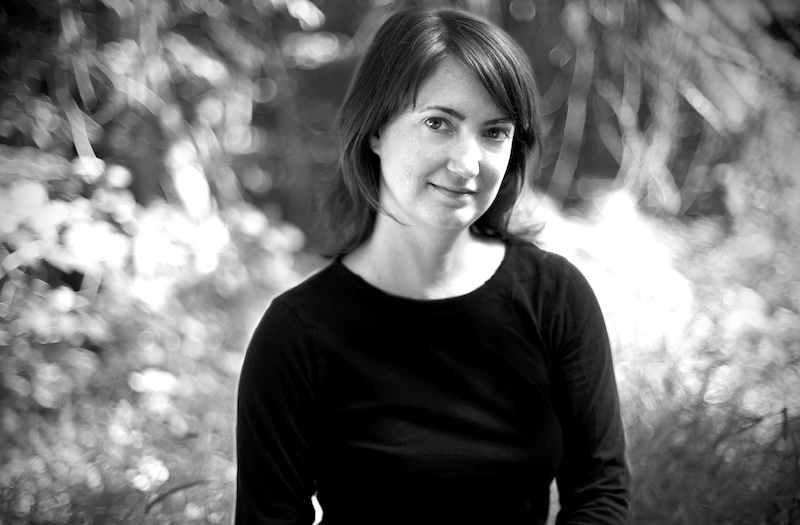 On the Pleasures of Plot, and Writing a Bestseller

I first bonded with novelist Miranda Beverly-Whittemore over babies, not books.

Though we had lived on the same Brooklyn street for years, we didn’t meet until the spring of 2009, when Beverly-Whittemore sat cradling her infant son on her stoop and I walked by with my very-pregnant wife. In that initial conversation, neither of us mentioned the fact that we were both writers. Perhaps that’s because, at the time, we each struggled to own the term. Me, because I was about to graduate with an MFA and didn’t have a publishing credit to my name. And Beverly-Whittemore because, though she’d published two novels in the mid-aughts, she had little confidence she’d ever publish one again. It’s surprising to consider, that the author of the bestseller Bittersweet, out from Crown in 2014, and the forthcoming novel June, also from Crown, once doubted her skills as a storyteller, but Beverly-Whittemore thought she was done with writing.

“This was a dark time,” she said over breakfast at a cafe on a sunny spring morning, just a couple of hours before our little boys—now in first grade, in the same class—would be on stage at their school poetry slam. “I felt very depressed, angry, and used, and so shut myself off from the lit world. I didn’t go to readings or even bookstores. I read old books, and didn’t keep up on new releases. I was only in my mid-thirties, but already my writing career seemed over.”

Though Beverly-Whittemore has loved stories since childhood, she did not dream of writing books. She had an early interest in the theater, both as an actor and playwright. Then, for her senior thesis at Vassar, she wrote a novel-in-verse called The Telling, based on her experience growing up in Senegal, where her father, an anthropologist, conducted ethnographic research. She loved writing it, and was proud of the result. After graduating in 1999, she took a job at the 92nd Street Y in New York City, helping to curate the reading series at the Unterberg Poetry Center. During the day, she worked with esteemed writers, and at night she wrote another novel (this one in prose), The Effects of Light. Her agent, Anne Hawkins, sold it in a two-book, six-figure deal to Warner Books. Beverly-Whittemore’s career appeared to be off to a roaring start.

“It was a different time,” Beverly-Whittemore said. “There was a lot of money and publishers wanted to throw it at preciosity.”

The editor who acquired it thought Beverly-Whittemore’s debut, partially told in the voice of a dead girl, might follow in the footsteps of Alice Sebold’s 2002 bestseller The Lovely Bones, which featured a similar narrative device. But that editor left Warner Books six months before The Effects of Light released in 2005, and Beverly-Whittemore, then in her mid-twenties, experienced her first real-world reality check. Aside from giving readings, she had no idea how best to support the book in the market. Optimistically, she thought the novel performed well at the time. “Now I can see that given the amount they spent on it, I was wrong.”

Beverly-Whittemore based her follow-up, Set Me Free, on things she loved dearly: the theater and William Shakespeare’s The Tempest. She didn’t consider how the very literary story might be marketed or received by the publisher, especially in light of her debut’s lackluster performance. Set Me Free tanked, sales-wise.

Free from her contract, Beverly-Whittemore decided to go “full lit,” and had her agent send the novel-in-verse she wrote in college to literary houses. The notes that came back praised her effort, but universally declared it too unusual to publish. So Beverly-Whittemore wrote another novel, her fourth, called The Plagiarist, about an established writer who plagiarizes a first-time novelist. The rejection notices she received on this one were much less kind. Some editors called it inside-baseball for the Brooklyn lit set; others remarked that they just didn’t have it in them to relaunch a career. This latter assessment came as a surprise. She realized she might have had her shot at publishing success, and blown it.

This was around the time Beverly-Whittemore and I met. She had just had a child, and by this point the big payoff from her first deal was gone. She wanted to start contributing to the family’s budget again, but aside from writing, didn’t know what else to do for employment.

“So I threw myself into being a mom,” she said. “The whole time wondering, ‘Is this my identity now? Am I no longer a writer?’”

For a while, it seemed that way. Then she had the idea for Bittersweet, which she shared with her younger sister while walking around the waterfront park beneath the Brooklyn Bridge. Her sister loved it, but Beverly-Whittemore didn’t know if she had it in her to write another novel. “My sister said, ‘This is the measure of you: can you get back on the horse?’” She did, but this time resolved to not just work hard, but to work smarter too, and think in advance of her readership:

I had always loved reading books with big plots, where things actually happen, as opposed to, say, a voice-driven book with little movement. In the midst of my depression, I thought maybe that’s what I’d have to write, though, because that’s what it seemed literary readers wanted to read. I saw my instincts for plot as a weakness, instead of what they are: a strength. With Bittersweet, I decided to stop being ashamed of that, and to celebrate plot in an almost ridiculous, over-the-top way. I gave myself a pass to write a story about secrets and lies, good and evil, told through the lens of a not-so well-off girl’s infatuation with a wealthy New England family. I knew that if I ever had the chance to write a book that would perform well in the marketplace, this would be it, so I went for it.

She based the book on favorite titles like The Secret History and The Great Gatsby, books about outsiders looking in at the wealthy, and finding their world both amazing and horrific. But unlike those books, she put a female friendship at the heart of the story. Deliberately so:

I embraced women. I came of age when ‘chick lit’ was being discussed a lot, and it was a derogatory term. Literary writers, especially women, worked very hard to separate themselves from that classification, and I did as well. I fought tooth and nail to say that my first two novels were not limited to women. Now, I love that the majority of my readers are smart women.

Hawkins pitched Bittersweet with the frame of “Miranda’s back and she’s better than ever!” But still, it took a while before anyone bit, longer even than it had with her debut. Finally, at the end of the second round of submissions, a young editor at Crown emailed Hawkins saying she loved the book, but had a huge, deal-breaking concern: she didn’t like the ending, and suggested a new direction for the story’s conclusion. It was a Friday morning, and Hawkins called Beverly-Whittemore saying, “Wouldn’t it be great if she came into the office on Monday morning to find you’d taken her notes and delivered a new ending?”

Beverly-Whittemore spent the weekend writing the final twenty pages of Bittersweet from scratch. “This was the moment,” she told herself. “Time to prove yourself.”

Three weeks later, Crown bought Bittersweet. This time around, Beverly-Whittemore fully engaged with the book’s release, in part because now, with social media, authors need to, but in part because she wanted to do whatever she could to help Bittersweet succeed. She said yes to every opportunity that came her way, and she worked hard to make her own opportunities to build word-of-mouth: starting a weekly newsletter, connecting with authors who also had books coming out and helping to organize a massive book giveaway on her website, and blogging in-depth about the publishing process in the year leading up to Bittersweet‘s release.

We don’t hear writers talking about sales much—it’s almost as if we’re not supposed to care about the market, or making money. And yet, we need to pay our rent! Making my money by writing books means I need to think about reaching readers. It means I play nice with my publisher—because guess what? Your publisher wants to sell books. There was a learning curve, but I’ve gone from feeling very disenfranchised to having a weekly strategy call with my publicity and marketing team. It’s very empowering to embrace this part of the job.

With Bittersweet, and again with June, Beverly-Whittemore sees herself at the crossroads of literary and commercial: “my sentences are very literary, and I grapple with philosophical ideas, while the plots are very commercial.” They’re marketed as such, with covers that convey the suspense and darkness of the stories within, yet her work has not been wholeheartedly embraced by the literary establishment. The term “beach read” has been used as both a compliment and a critique of her work, and online literary venues largely ignored reviewing or discussing Bittersweet, despite the book’s popularity, and Beverly-Whittemore having a history as a literary author. Over the remnants of our breakfast, I asked her about this. When she answered, her voice conveyed her frustration.

I’ve been criticized for writing to the lowest common denominator, the implication being that I stumbled onto my success. Maybe from the outside it seemed that way, like I just popped this book out that then went up on the bestseller list. But I made a lot of sacrifices and compromises and decisions that led to Bittersweet‘s success. One of the biggest being that I knew this novel was not going to be nominated for prestigious prizes, or met with acclaim from colleagues whom I greatly admire.

Before Bittersweet even achieved bestseller status, Crown eagerly snapped up her new novel, June. The story explores the contrast between fame in the 1950s, when celebrities were empowered to behave however they wanted, and today, when stars face constant scrutiny, through the lens of a deep family secret. The plot, which shuttles back and forth between 1955 and 2015 and features several points-of-view, clicks together in an ingenious fashion, and though it features murder and sex and starlets, the tone is more subdued, and dare I say literary, than Bittersweet.

Whether or not it garners acclaim from the lit world seemed beside the point for Beverly-Whittemore, who has finally laid to rest the insecurities brought on by her initial publishing experience. “I just got business cards, and beneath my name I had to say what I was. For the first time, I wrote ‘novelist.’ For years, that felt uncomfortable for me to say, as if I was being presumptuous. But I’m owning that now.”

Then we put the writing talk aside, to go see our sons take the stage at their school, just parents once again. 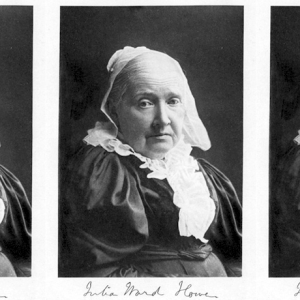