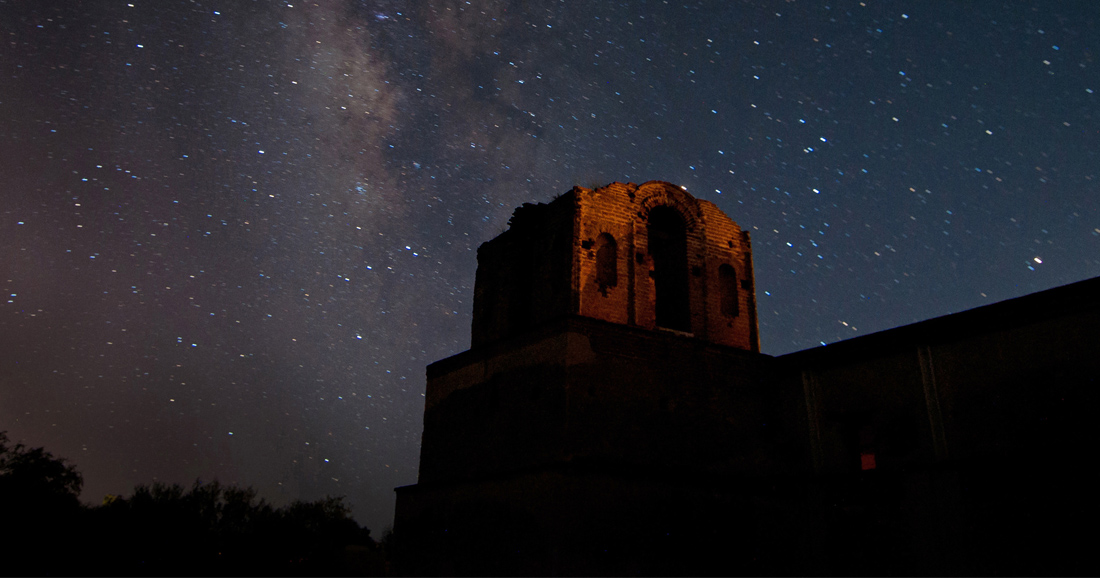 Sonja Livingston: "Go to where the silence is."

The young man came in and asked to shut the door. Okay, I said, and sat a little straighter in my chair.

The star of my nonfiction workshop, he was an older undergraduate, the one whose work everyone praised. His writing was vibrant, unflinching and raw—and resulted in the sort of essays teachers hope for, not only for the student, but for the class, the culture, and all of us. Even as I offered suggestions to strengthen his openings or to clarify chronology, I’d get caught up in the group gush, saying, “Be sure to remember us when you hit the big time.” The student was seated across from me now, his bright features dampened as he studied the neutral pile of the institutional carpet stretched between us. “I have something I want to write, but I’m afraid how it will go over in class.”

I looked at him, squinting my eyes. He’d written about heroin addiction, armed bank robbery, and the daily grind inside the various correctional facilities of Nevada. What was making him suddenly shy?

The answer was religious. Or spiritual. It turns out he’d had an experience in solitary confinement involving washes of light and a sense of calm spreading through every last one of his cells. Raised in a religious household, he was bored by church as a child and offended by the moralistic hypocrisy of religion as an adult. But then something like God came to him in solitary confinement and changed his life. Saved his life, he said. This was the thing—equal parts tender and shameful—he could not bring himself to write about in class.

I understand why people are wary of religion. Even as the young man spoke, I worried I’d given off some pious vibe that made him seek me out. I thought back to a reunion with one of my oldest friends. We hadn’t seen each other in a decade and had built very different lives, but it was not until she began to drop Jesus’ name every other sentence that I understood we no longer orbited each other’s worlds. It wasn’t the words so much as the way they seemed disconnected to anything beyond themselves and were brandished like little Jesus grenades. Now a student had come to me about the metaphysical and I feared I’d become my old friend. “I thought you might be open,” he explained, as if reading my mind. “Because you’ve been writing all that Catholic stuff.”

It’s true. I occasionally shared my writing adventures with my students and in the past year, I’d traveled to a shrine famous for holy dirt in New Mexico, to southern Louisiana to visit a mobile confessional unit, and to Buffalo looking for a missing statue of the Blessed Virgin Mary—but that didn’t make me churchy, did it?

Like my student, I’d shared the most ostensibly private aspects of my life on the page. I’d written about childhood poverty: single mothers and their trailing children, the outhouses of western New York, and government cheese. I’d written about family relationships and sexual relationships and about the body—its various longings, satisfactions, and strangleholds. I’d written about babies—my fear of them, my want of them, and my inability to conceive. I’d written about old farming towns and reservations, muggy dead-end streets in overlooked cities and worn-out Memphis laundromats. These were the people and places I knew and loved and I wrote them because they were often misunderstood or worse, invisible.

I like to consider myself a thoughtful person, but my entanglement with an institution so heartbreakingly flawed made me question just how smart or forward-thinking I was.

After publishing my first book, I was invited to give readings, after which someone would inevitably call me brave. This never felt quite right. The topics I’d written about, while appearing intensely vulnerable on the page, were old news by the time I wrote them and far less risky than the essays I’d more recently undertaken to explore my lingering connections to my childhood church. I like to consider myself a thoughtful person, but my entanglement with an institution so heartbreakingly flawed made me question just how smart or forward-thinking I was. The Catholic pieces became a source of anxiety. But I kept on.

And though we don’t tend to view writing about Marian statues or sacred dirt especially courageous, for the first time in my writing life, I felt reckless, and yes, brave.

At my first university teaching job in Memphis, essays about church mission trips were submitted to my creative nonfiction workshop every semester without fail. A sort of Bible Belt subgenre, we read them alongside pieces inspired by family trauma, formative sexual experiences, or Grannie’s collard greens. We’d talk about same-sex lovemaking one minute and the orphans of Port-au-Prince the next. At first, I feared the mission trip essays and even considered prohibiting them, which in retrospect shames me to no end. Of course, religious writing can go bad. But so can writing about trauma and love and old family recipes. I’d never consider outlawing Memaw’s collards, so why had I contemplated axing the mission trips?

While clearly important experiences in the lives of those who wrote them, the mission trip essays tended to present predictable reports of trying to save desperate people in faraway places, which invariably led to the writer discovering she had also been saved. But content alone did not make the mission trip essays bad. In fact, they often improved upon revision because how you write a thing is more important than the thing itself. In some writers’ hands, an essay about cornbread can become a luminous meditation; in others, writing about your first love becomes an ungainly fumble of words.

That said, religious writing seems especially susceptible to rot. Perhaps this is because the vocabulary of religion itself has been so massively overused, co-opted, and politicized that it can hardly be invoked without striking a wrong chord. It’s also woefully inadequate and fails because it cannot properly contain the largeness of the very concepts it attempts to convey. Write the word “prayer,” for instance, and half your audience will begin to twitch and look away, while the other half may nod their heads and whisper hallelujah, but, apart from a gut-level response to the familiar shape and heft of the word, they will not know what you mean. Meditation? Supplication? A sweet old-fashioned song of praise?

Where vulnerability is the essayist’s superpower, preaching is her kryptonite.

The primary pitfall of religious writing is perhaps the primary pitfall of religion itself: the moralistic voice rising up for the sole purpose of setting the rest of us straight. You can write about visiting your father in the county jail, your first lesbian experience, or how much you love Jesus—anything really—so long as you do not evangelize. Just as the open-minded quest is the lifeblood of a creative essay, arrogance is its death knell. Where vulnerability is the essayist’s superpower, preaching is her kryptonite. Unlike the political, argumentative, or opinionated brain hammering away, the reader can’t seem to resist an open heart. The vulnerable writer has the power to connect with readers at a deep level, to transcend labels, and to invite in versus merely solidifying divisions.

I’ve never experienced the full-on washes of light my student described. Instead, I have inhabited moments so full they’ve broken open and shimmered. I have wondered increasingly about life and death and have found myself becoming open to mystery. I have sat in the church I grew up in and said the prayers I learned as a child and felt myself rooted in ways that matter beyond words.

Like the young man in my office barely able to speak, I don’t always know how to make sense of such experiences without sounding like an evangelizer, and I understand why it might be easier to describe tying off an arm, searching for the one vein that hasn’t been blown, and jabbing the needle quick-like into the flesh. Certainly, that’s an important story to tell. But so is the story of the light.

There is power in what we cannot speak. If a personal essay is a rocket, the unsayable is its fuel. The unsayable is not the same as what is most shocking and, in fact, what’s hardest to say may appear to others surprisingly mild. And what we cannot speak aloud today may not be the same thing we kept silent about 10 years ago or what will plague us in 10 years. We change, of course, but so does what society inhibits.

There is power in what we cannot speak. If a personal essay is a rocket, the unsayable is its fuel.

Go to where the silence is, Amy Goodman advises journalists. Give voice to those who have been forgotten, forsaken, and beaten down by the powerful. The same advice holds true for the essayist who hopes to explore the world through the portal of personal experience.

Go to where the silence is. This is the advice I gave the young man in my office. The semester was almost over, and he wasn’t quite ready to go there, but he listened, at least. And though we were speaking of what he could not yet write, the words reverberated in the small office and settled onto both of us. Give voice to the things you’d rather forget, forsake, or beat down. Take up the ideas and images you don’t understand but that return to you like unbidden ghosts. Do your best to name the unnamable. This is the agony of writing, yes—but the wonder of it, too.

Sonja Livingston is the author of four books, including the forthcoming essay collection, The Virgin of Prince Street: Expeditions into Devotion, and the memoir, Ghostbread, which won the AWP Prize for Nonfiction. Her essays have garnered prizes from The Iowa Review, Arts & Letters, and NYFA, and appear in such outlets as Salon, Sojourners, and The Rumpus. Sonja is an associate professor of English at Virginia Commonwealth University. 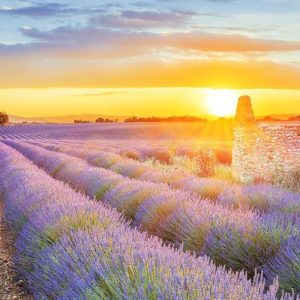 I. Live and work from anywhere You think you’re going to travel the world and write and publish your pieces in glossy...
© LitHub
Back to top