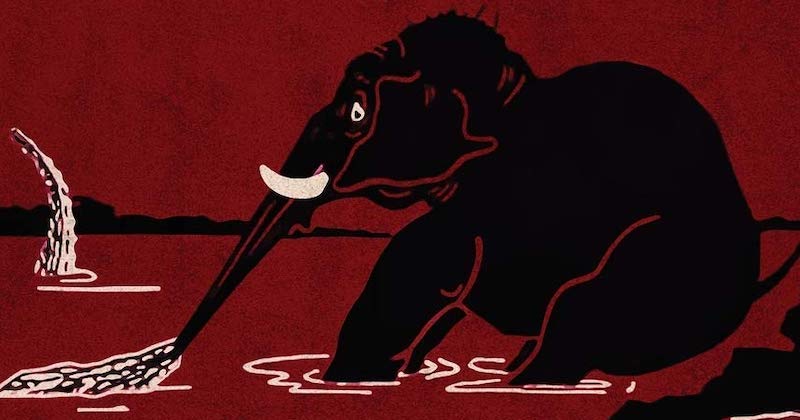 On the personal tragedy behind Rudyard Kipling’s Just So Stories.

Rudyard Kipling’s Just So Stories, a collection of children’s tales that describe, in fantastical language and playful verse, how the features of various animals came to be (“How the Camel Got His Hump,” “How the Rhinoceros Got His Skin,” “How the Leopard Got His Spots,” etc) turns 120 this year.

Considered a classic of children’s literature for over a century, the collection has, along with Kipling himself, fallen out of favor in recent decades because of the author being, well, a staunch jingo-imperialist who said and wrote a lot of extremely problematic things about race and empire (see: “White Man’s Burden,” et al), which, you know, fair enough.

Understandable as it may be, however, I do feel a little sad about the Just So baby being thrown out with the “White Man’s Burden” bathwater, not only because the stories themselves are delightful “fairy-tales from the morning of the world,” as G. K. Chesterton so memorably put it, but also because I have such fond childhood memories of watching, and obsessively rewatching, an old VHS copy of Just So Stories, as told by none other than Jack Nicholson (with musical accompaniment by Bobby McFerrin), but I suppose you can’t go home again and all that.

Anyway, the Just So tales began their life as bedtime stories which Kipling told to his tiny daughter Josephine (or “Effie,” as she was known to her father). Kipling would sit on the edge of Effie’s bed and regale her with his enchanting animal origin stories, the first three of which were published in a children’s magazine in 1897 and 1898. Effie quickly learned these three by heart, and insisted on them being told in exactly the same way, the right way, every time. As Kipling later explained:

In the evening there were stories meant to put Effie to sleep, and you were not allowed to alter those by one single little word. They had to be told just so; or Effie would wake up and put back the missing sentence. So at last they came to be like charms, all three of them—the whale tale, the camel tale, and the rhinoceros tale.

Tragically, just one year later, at the age of six, little Effie died of pneumonia. Kipling, himself recovering from a bout of the same illness, was not told of her death for weeks due to fears that the loss of his beloved firstborn child would cause a fatal relapse.

It was said by Kipling’s friends and family that Effie’s death altered the author in some fundamental way, that he never truly recovered from the blow. As his second daughter Elsie later wrote in her memoir:

There is no doubt that little Josephine had been his greatest joy during her short life. His life was never the same after her death; a light had gone out that could never be rekindled.

The stories, thirteen in all, were published in a single volume in 1902, with each tale addressed to a “best beloved,” the absent original audience who wanted her father’s enchanting animal tales told just so.