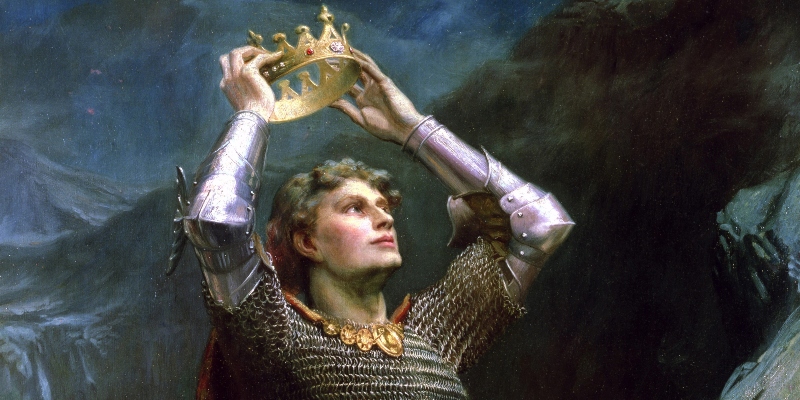 In 2019, a librarian at the Central Library in Bristol, England, uncovered a mystery. Pasted to the bindings of four Renaissance books were scraps of parchment from a medieval manuscript. And on these scraps, written in old French, were two names that have captivated readers for almost a millennium: Merlin and Arthur.

In this week’s episode, Eve and Julie talk about the origins and the enduring power of the Arthurian legends with Dr. Laura Chuhan Campbell, part of an interdisciplinary team of scholars who worked for two years to decipher the scraps and determine their provenance. What exactly did the scraps say? How did they make their way from a 13th-century bookshop in France, where they were written, to inside the bindings of four Renaissance books in England? And could the fragments of this Arthurian legend manuscript—written less than 50 years after the original King Arthur story—change our understanding of Merlin and King Arthur? Laura describes in detail the extensive expertise employed by the team, and she shares why the “British national myth” of King Arthur has endured today. Eve also gets to finally put to use her “teeny tiny sliver” of knowledge of early modern demonic texts.

Laura: The story of Merlin first got really developed by Robert de Boron in the early 13th century, we think around 1200 or so.  He tells the story of the Holy Grail. He takes it from the story of Percival and develops a backstory for the Grail, which starts at Christ’s crucifixion. The Grail is the cup that is used to collect Christ’s blood. And then the Grail gets transported to Britain. And then in the next branch of it, Merlin is born. He’s initially an antichrist. He’s the son of a devil. But God saves his soul and tries to redeem him by giving him the gift of prophecy. And his job then,Merlin—who is, you know, omniscient—his job is to make sure that the Arthurian knights find the Holy Grail.

Eve: You know, I think along the lines of Vivian being way more interesting, printing on her groin instead of on her ring—original Merlin, this antichrist, or the son of a devil, is so much more fun and exciting.

Eve: And didn’t you call him a creepy little boy in an interview somewhere?

Laura: I did. Yeah, he is a creepy little boy. So, when he is born, he’s precociously–well, I mean, he’s magical because his father is a devil and God has given him the gift of prophecy. So he has these magic powers that are consistent with what people thought devils could do in the Middle Ages. They knew everything in the past and present, but not the future. That’s the domain of God, but of course, Merlin has that additional power. They can manipulate nature. They can summon other devils. So, Merlin, when he’s born, is able to speak immediately as a tiny baby.

Laura: I know, right? Well, he actually goes on to defend his mother in court because she’s been put into prison because she’s had a baby out of wedlock, which the story tells us was illegal at the time, not in real life but in the fictional world. So she’s in prison. She gives birth to Merlin who can immediately talk, and he defends her in court and gets her successfully acquitted. But, of course, he can change shape. So he never really is one particular shape for very long. He can transform into an old man, or people of any age, people of any status, which is interesting as well.

Dr. Laura Chuhan Campbell is an Assistant Professor in the School of Modern Languages and Cultures at Durham University and a member of the Institute of Medieval and Modern Studies. Her research interests include medieval French and Italian literature, particularly the area of cultural adaptations of literary texts. Her first book, The Medieval Merlin Tradition in France and Italy: Prophecy, Paradox, and Translation, examines vernacular translations of the story of Merlin in French and Italian medieval literature. Now, along with Professor Leah Tether and Dr. Benjamin Pohl, Laura is a co-author of The Bristol Merlin: Revealing the Secrets of a Medieval Fragment.

Dwight Chapin on the Life and Administration of Richard Nixon 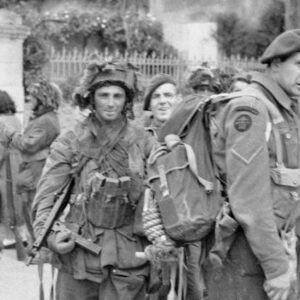