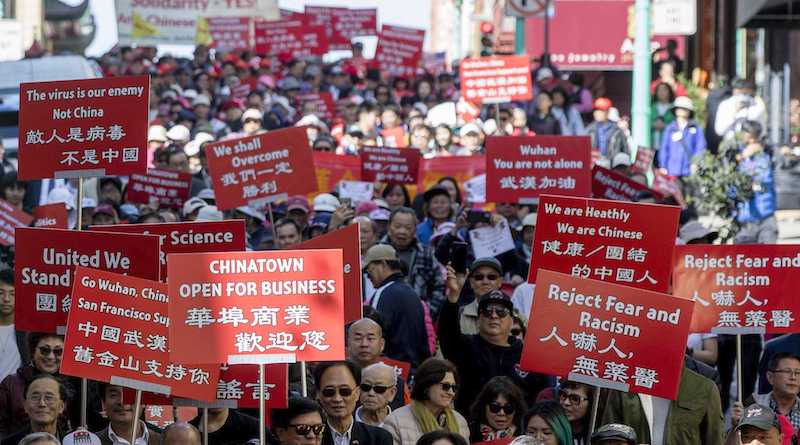 “You can’t name a disease after a group of people,” is how prominent gay rights leader Morris Kight and others argued against the use of group-specific nomenclature. That argument was in 1982, not 2020.

During Ronald Reagan’s first presidential term, there were a reported 107 cases of a rare form of skin cancer known as Kaposi’s sarcoma. Though the cause was a mystery, scientists gave this new disease the name GRID: Gay-Related Immunodeficiency because the victims were predominantly gay men.

With that one four-lettered acronym used in the May 11th, 1982 edition of the New York Times, there began a notable increase in incidents of gay-bashing and discrimination against homosexuals. The saying, “if it ain’t one thing—it’s another,” describes the overwhelming early days of the AIDS crisis.

Our current White House was briefed in November 2019 about an outbreak of a deadly new virus in south-central China. By late January, they learned that the novel coronavirus had the potential to claim half a million American lives. The president wasn’t concerned, “Not at all. We have it totally under control. . . it’s going to be just fine.” What followed were weeks of our Chief Executive’s lies, denial, and spin. The messaging has gone from “Democratic hoax” to a more divisive and dangerous terminology, not worth repeating here, that attempted to name the disease after a group of people.

Our worldwide network of communications distinguishes the time of coronavirus from the height of the HIV epidemic. The onset of illness thousands of miles away is known to both governmental leaders and citizens within hours. It has become nearly impossible to cover-up the extent of the virulence and transmissibility of this new disease. Yet as we learn more about coronavirus at breakneck speed, our federal government has retreated to the Reagan-era playbook of half-truths and vilification.

There was collective shock and flashbacks to the early 1980s when government officials began using ethnically charged terms for COVID-19. There is wisdom to the May 2015 World Health Organization’s directives to scientists for naming new diseases. The WHO guidelines give precise directions for disease naming: no people, places, animals, foods, or occupations. The name needs to be specific to the disease, easy to pronounce and remember. That is how we got Coronavirus Disease 2019, otherwise known as COVID-19. That’s all we need to say.

Xenophobes don’t burden themselves with knowing different Asian nations and the diverse ethnic groups within; to them, hate is a one-size fits-all-who-are-not-us.

Xenophobes don’t burden themselves with knowing different Asian nations and the diverse ethnic groups within; to them, hate is a one-size fits-all-who-are-not-us. Damned be the fact that we need each other to defeat our mutual foe. This is a community problem, not an individual struggle. When one group of people is targeted as the cause of our shared pain, we all suffer. We are handicapped by prejudice.

A spree of assaults against Asian-Americans is happening. Awful tirades and physical attacks, in public, broad daylight, against strangers, fellow citizens and nationals, who for no reason other than someone else’s fear-based political theater became targets. The terminology used by the White House forced a new stigma onto a group of people. While some Americans were pillaging markets for toilet paper, others were causing harm to fellow citizens.

In early February, a 16-year-old Asian-American boy in San Fernando Valley, California was physically assaulted by his classmates. They assumed the teen had coronavirus. As if the virus could be stomped out of our neighborhoods by beating it out of a teenager.

In 1982, when the “Gay Plague” had a total of 853 deaths in the United States, White House Press Secretary Larry Speaks was blithe and jocular when asked about AIDS. He and other government officials misdirected and lied, which resulted in missed opportunities to understand HIV/AIDS.

Missed opportunities result in more deaths. AIDS wasn’t bound by discos and design studios any more than the coronavirus is restricted to certain kinds of restaurants and neighborhoods. During the myopic period when people believed that AIDS was a “gay cancer,” it spread into the nation’s blood supply. Pregnant women and newborn babies wore the Scarlet A. By the time the fundraisers were underway, the disease was enmeshed in the most remote communities of our world. It didn’t have to happen.

Successful recovery from this virus will take a studied avoidance of ignorance and stigmatization. Put the name-calling aside and the main similarity between the two crises is testing. Testing is key. We can’t know where the curve of COVID is without knowing how much exposure we have had. Panic doesn’t help. Name-calling will not fix that.

With no proven treatment or vaccine, today’s scientific specialists have deftly stepped around the unfortunate nomenclature and proceeded with proactive safety messaging. We missed the opportunity for prevention, but we still have the chance to mitigate the impact of the virus.

When you must venture out for supplies, be kind. Face masks are mandatory now. It’s the people without face masks who are the suspicious ones. Masks do not hide our true nature. Being careful is being kind—smile from behind your mask. Even though half of our faces are covered, people can see our smile in our eyes.

All the AIDS activists in the world could not have prepared us for COVID-19 more than their  examples of kindness and caring, and some great recipes.

When this over, and it will be over, when we crawl out from our caves to be one with the world again, be proud of who you were when coronavirus tore through town. Be part of the reason that we, as a collective, made it. If you must call people names, call them “survivors.” 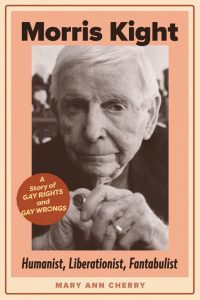 Mary Ann Cherry befriended Morris Kight in the last decade of his life. She, with Morris’ permission, began writing his biography. Cherry is a Los Angeles based writer whose wide-ranging work includes television and film producing as well as creating and maintaining the historical archives for the AIDS Healthcare Foundation. 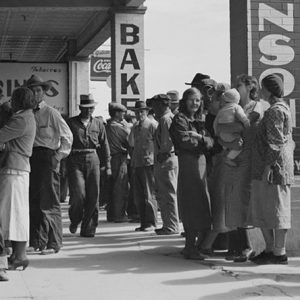