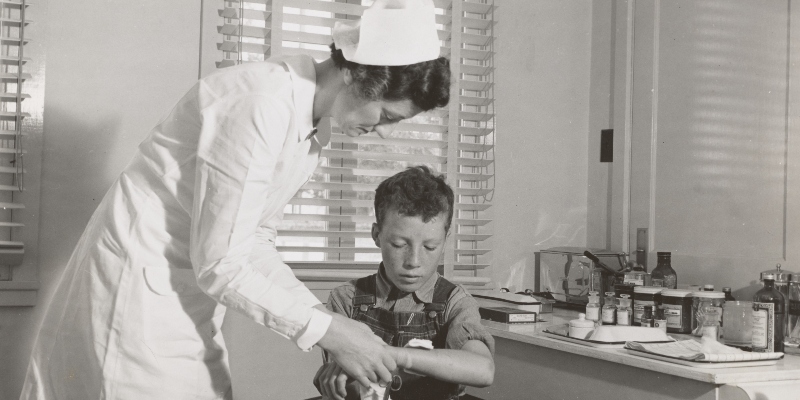 On the Long, Baseless History of Anti-Vaccination Movements

And How Doctors Have Enabled Anti-Vaxxers

The history of anti-vaccination movements is as old as the technology itself. The 1867 Vaccination Act in the UK, which threatened imprisonment to parents who didn’t immunize their children, stirred particularly heated opposition, including the National Anti-Compulsory Vaccination League created in 1874 and the London Society for the Abolition of Compulsory Vaccination in 1879. William White, first editor of the London Society’s magazine Vaccination Inquirer, suggested that, from Jenner onward, the pro-vaccine camp had dissembled, lied, fabricated evidence, and hidden the truth about the efficacy and safety of vaccination. “Over and over again,” he said, “it has been proved that vaccinated patients dead of smallpox have been registered as unvaccinated.” Meanwhile, he argued, the elevated death rates of those who’d been given the vaccine had been covered up.

Eight years after smallpox vaccination finally arrived in Japan, an opponent claimed that only one out of ten doctors was in favor of the technique. Practitioners of traditional medicine viewed smallpox as the eruption of an innate poison present since birth rather than an infection. Again, in British India at the height of empire, some saw smallpox vaccination as a plot to poison the Hindu population. Gandhi, right on toilet use, was very wrong on vaccines:

We are all terribly afraid of the small-pox, and have very crude notions about it. In fact it is caused, just like other diseases, by the blood getting impure owing to some disorder of the bowels. The superstition that it is a contagious disease [has] misled the people into the belief that vaccination is an effective means of preventing it. Vaccination is a barbarous practice, and it is one of the most fatal of all the delusions current in our time.

The imperial authority’s response to local opposition was to limit vaccination campaigns to big cities, and even that on a fairly ad-hoc basis.

In the last few years, doctors who should know better have continued an assault against vaccination. In 1996, Dr. Andrew Wakefield, based at the Royal Free Hospital in London, met with a personal injury lawyer, Richard Barr. The lawyer represented parents of a number of autistic children and had been intrigued by Wakefield’s writing suggesting that there might be a link between the measles vaccine and Crohn’s disease (which causes abdominal pain, anemia, and fatigue). Barr wanted Wakefield to find a link between the measles vaccine and autism, and signed him to an $80,000 contract. Wakefield set to work on five of Barr’s clients, who, two years later, would be the majority of eight autistic children featured in an article he published in the Lancet medical journal. That article suggested there was a link between the measles-mumps-rubella vaccine and damage to the intestinal wall that allowed harmful proteins to reach the brain, causing autism.

In the last few years, doctors who should know better have continued an assault against vaccination.

Wakefield didn’t compare autism rates among vaccinated and unvaccinated kids, nor name the proteins involved, nor how the vaccine might have caused damage to the intestinal wall. He also didn’t mention his contract with Richard Barr, or the fact that Barr had introduced him to his test subjects.

In the years that followed, fourteen separate groups of researchers evaluated the records of more than six hundred thousand children, looking for an autism-vaccination link. Unlike Wakefield’s study, the results were convincing, clear, and repeated: no link existed. The Wakefield paper should never have been published and was eventually retracted. But it had an impact nonetheless. In the months after the paper came out, one hundred thousand parents in the UK chose not to vaccinate their children. In Swansea in the UK, one-third of the population went unvaccinated against measles and more than twelve hundred people were infected in an outbreak. Measles returned to France, where an outbreak led to five thousand hospitalizations and ten deaths. Vaccination rates fell in Ireland, too, and three children died as a result.

Simon & Schuster Audio · THE PLAGUE CYCLE Audiobook Excerpt – Chapter 10Dangerous ignorance with spillover effects quickly crossed the Atlantic. Talk show host Jenny McCarthy joined forces with US congressman Dan Burton of the House Committee on Government Reform to expose the supposed autism-vaccination link, and vaccination rates dropped. That has occurred even in some of the world’s most technologically literate places—Silicon Valley has seen some of the lowest child vaccination rates in the Western world. And in Los Angeles, thousands of parents sent their kids to private schools clutching “personal belief exemption forms,” which stated that the child hadn’t been immunized for fear of the health impacts that might follow.

Health impacts have followed, but they’re from the children remaining unvaccinated. The schools, some of which had vaccination rates at below 40 percent (the level in South Sudan), have been the epicenter of outbreaks of measles. More than one-half of the 1,416 cases of measles in the US between 2000 and 2015 were among the small minority of people country-wide who were unvaccinated. Ten children died from a whooping cough outbreak in 2010 in California that spread thanks to reduced vaccination rates against that disease.

As in the UK, the anti-vaccination movement in the US was enabled by doctors. LA County pediatrician Jay Gordon advised holding off all immunizations until children are at least three on the grounds that parents had told him “their child has been harmed” by the measles-mumps-rubella vaccine. This while he admitted there was “no evidenced-based medicine, there’s no research saying that.” In neighboring Orange County, Dr. Bob Sears responded to the measles outbreaks by suggesting there was nothing to worry about: “Ask any Grandma or Grandpa (well, older ones anyway) and they’ll say ‘Measles? So what? We all had it. It’s like chicken pox.’”

It isn’t just the vaccine deniers and their unfortunate children who’d be harmed.

In part thanks to Wakefield, Gordon, Sears, and their fellow travelers, vaccine denial has seen a strong resurgence worldwide. Forty-five percent of French survey respondents worry that vaccines are unsafe, alongside 31 percent in Japan. The global proportion is 13 percent—more than one in ten. If more people start acting on their fears and doubts, old infections could come roaring back.

It isn’t just the vaccine deniers and their unfortunate children who’d be harmed: some people really can’t be given vaccines and they’d suffer the consequences from circulating infections. When she was two, Ashley Echols had a kidney transplant. As part of the transplant procedure, children are given drugs that suppress their immune response so that the body doesn’t reject the transplanted organ. As a result, she couldn’t complete the standard vaccination regimen. Had Ashley taken the chickenpox vaccine in her weakened state, she might have contracted chickenpox from it. And because of her suppressed immune system, the condition would have been life-threatening. But in June 2017, eleven-year-old Ashley was exposed to a child with chickenpox in Atlanta. So she was rushed to the hospital emergency room to be injected with immunoglobulin. Camille Echols, Ashley’s mother, shared the story on Facebook. She ended her post saying “She has been through so much already. And this was avoidable.”

Thankfully, Ashley didn’t contract chickenpox and was fine. But as the number of people who are immuno-suppressed climbs thanks to transplants, treatments against cancer, and diseases including HIV, the risk of the unvaccinated to others will increase. A (dated) estimate suggests there are at least 10 million immunocompromised people in the United States alone.

The parents who choose not to vaccinate their children are not uncaring monsters. They are acting in what they see as the best interests of their loved ones. Vilifying them won’t help. But there’s a place for legally obliging vaccination, and there should be no tolerance for doctors who risk public health by pandering to conspiracy theorists. 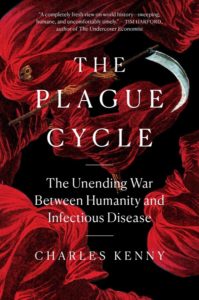 Charles Kenny is a writer-researcher at the Center for Global Development and has worked on policy reforms in global health as well as UN peacekeeping and combating international financial corruption. Previously, he spent fifteen years as an economist at the World Bank, travelling the planet from Baghdad and Kabul to Brasilia and Beijing. He is the author of The Plague Cycle: The Unending War Between Humanity and Infectious Disease, Getting Better: Why Global Development Is Succeeding and How We Can Improve the World Even More, and The Upside of Down: Why the Rise of the Rest Is Great for the West. He earned a history degree at Cambridge and has graduate degrees from Johns Hopkins, the School of Oriental and African Studies in London, and Cambridge. 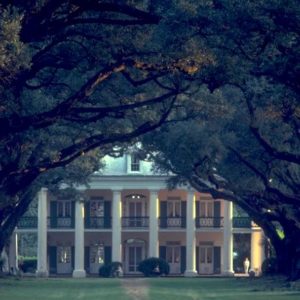 In 2016, while touring in support of my debut novel, Only Love Can Break Your Heart, I appeared on a panel at the Mississippi...
© LitHub
Back to top
Loading Comments...