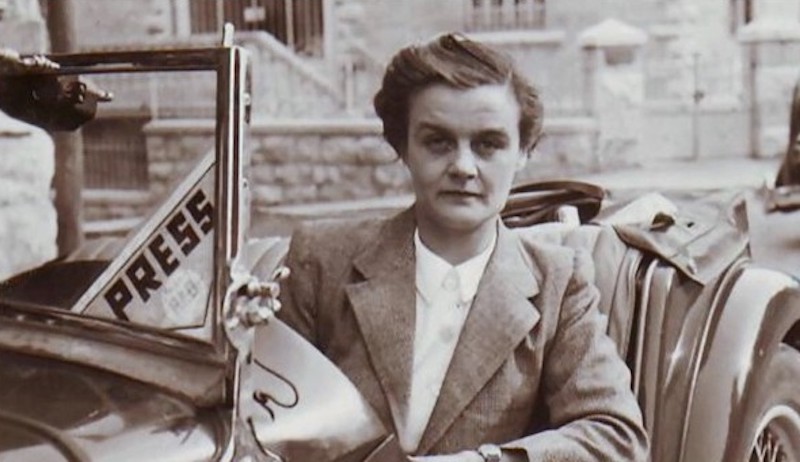 On the Legendary Clare Hollingworth

One of the 20th Century's Great Reporters

The legendary British-born correspondent and author Clare Hollingworth died peacefully last week at her home in Hong Kong. She was a very respectable 105. The many tributes and obituaries that immediately followed her death focused on her major claim to fame—her scoop on the German invasion of Poland and the start of the Second World War in Europe. However across her long career it was Asia that occupied her thoughts mostly and where she ultimately chose to make her home.

Like so many other authors and journalists who focus on China and Asia I met Clare Hollingworth in the Hong Kong Foreign Correspondents Club (FCC). Hollingworth passed through Hong Kong in 1981 intending to stay a few months to write a biography of Mao (she did), yet stayed on a little longer to observe the first tentative and testy negotiations between London and Beijing over the handover of Hong Kong which eventually happened in 1997. She never left. The FCC had moved around a bit over the years and had recently settled into a new clubhouse at 2 Lower Albert Road in 1982. Hollingworth became a member, lived not far away, and was regularly (if not daily) to be found in one of the Club’s bars or restaurants holding court, offering advice, encouraging new arrivals.

World War Two aside, Hollingworth was already a legend by the time she arrived in Hong Kong—she had covered the fall of Eastern Europe to communism; the Cambridge Spies fiasco, the end of the British Empire in Palestine and the end of the French in both North Africa and Indo-China. The Hong Kong FCC was a “watering hole” for many who covered Asia – the exile of Chiang Kai-shek and the rise of Mao, the Korean War, Vietnam, Cambodia. All tough assignments and the bar was often full of men in khaki and stout boots with the mud of Dien Bien Phu or the dust of the Battle of Injun on their faces. Women were far rarer of course in those days though Hollingworth followed in the footsteps of many excellent female correspondents who covered Asia before her, Helen Foster Snow, Annalee Jacoby and Martha Gellhorn among them. However, to us younger Sinophiles in the 1980s and 1990s, Hollingworth was of a different order—she was one of only a tiny handful of correspondents who had actually reported from inside Mao’s China.

In 1973 Hollingworth was appointed the UK Daily Telegraph’s China correspondent, the paper’s first in the country since 1949. It was just a year since Nixon’s rapprochement with, what was then still called, Red China. The bloody Cultural Revolution still had a few years to run and Hollingworth was one of the only western journalists to get a ringside seat for the end of that decade of madness and the ultimate fall of the Gang of Four. Along the way she interviewed Mao, his wife Jiang Qing and most of the heavy hitters of the Chinese Communist Party. Given the levels of paranoia in China in the 1970s and that she was not a supporter or fellow traveler of the regime her level of access was incredible. Hollingworth was in her early sixties, a petite woman who wore unfancy non-descript clothes. Perhaps they didn’t know what to make of her?

Her subsequent biography of Mao (Mao and the Men Against Him, Jonathan Cape, 1985) remains highly readable and packed with details told to her by ordinary Chinese caught up in the whirlwind of the most extreme years of Maoism. Among the pictures in the book is one of a diminutive looking Clare, standing with a group of young communist militiamen in the Forbidden City; she’s examining their rifle closely with one hand and holding her bulging handbag with the other. She seems completely harmless, as if she’s a tourist taking a closer look at a particularly interesting curio. Of course she’s really doing her job, quizzing the young men, disarming them of any worries about talking to a foreigner, working out what they think, what they know. It appears artless, but it’s no less skillful for that.

In the preface to her biography of Mao, Hollingworth acknowledged that she had to be careful not to betray those Chinese brave enough to talk to her. The penalty for them could have been prison or worse. She recalled waiting in dark and cold places for contacts who failed to appear; others who may have been secret policeman waiting to entrap her and have her expelled from the country as a spy but, often “…when we did eventually meet they frequently passed on sensational information.” China is still a tough country to report on; a tough country to write about, but it was a hell of a lot tougher in the 1970s when Clare Hollingworth took on the assignment of Beijing Correspondent.

In the 1980s and 1990s Hollingworth continued to write for a wide variety of international newspapers while also composing her memoir (Front Line, Jonathan Cape, 1990). She occasionally managed to get visas to visit China. In 1989 she was standing on a balcony on the fifth floor of the Peking Hotel watching the students in Tiananmen Square below. She stayed on that balcony to witness and report the subsequent massacre.

And then she became a permanent fixture in the Hong Kong FCC; there everyday to read the newspapers and meet the supplicants—the newly hired journalist en-route to a posting in Beijing; the historian keen to discuss the internal schisms and feuds in the Chinese Communist Party; the hopeful writers trying to get a scent of the old Beijing of the Cultural Revolution. When I met her we talked of Beijing’s ancient networks of hutong alleyways, of the teeming life and micro-communities found along them, of what is was like to explore them in the 1970s. She was in her late 80s then, friendly to everyone, patient, charming. She said she was eager to get back to Beijing, to take in the new changes in the capital – cars replacing bikes, shopping malls replacing food queues, high-rises where the old hutongs had been. I read last week in several of her many obituaries that Clare Hollingworth still kept her shoes by her bed at night, just in case she had to leave in a hurry. I can well believe it. 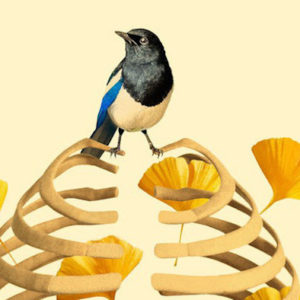 The National Book Critics Circle announces its 30 finalists in six categories today [disclosure, I'm an NBCC board member]....
© LitHub
Back to top