On the Journals of Famous Writers

Few literary artifacts remain as consistently enigmatic as the author’s journal. It seems to me that the more we read of them, the more elusive their provenance becomes. The very names we employ—the aforementioned “journal,” the stuffy “diary,” the tepid “notebook”—are failures of imagination, if not outright misreadings. Staid synopses and ossified lives these are not. Rather, what we find within their pages are wild, shapeless, violent things; elegant confessions and intricate codes; portraits of anguish; topographies of mind. Prayers, experiments, lists, rivalries, and rages are all at home here, interbred, inextricable from one another. A piece of petty gossip sits astride a transcendent realization. A proclamation of self-loathing becomes a paean to literary art. News of publication shares the page with the most banal errands imaginable. That juxtaposition, in which the profound and the prosaic rub elbows, creates the space for something like a revelation of character, one that finds the writer enmeshed in the sordidness of life, either striving to ennoble it or wading in its depths like warm mud. It is hardly surprising, then, that this is a portrait enriched by trivia, vulgarity, ennui, and triumph, by messiness, by the glitter and churn of raw thought. Far from the intimidating polish of more august work, the author’s journal reveals the human substance beneath the cultural effigy, mediumistic insofar as it is both supremely meditative and utterly marginal. For fans of literary biography—or anyone interested in the unrehearsed inner-workings of genius—this is an addicting pleasure indeed.

A pleasure of which I’ve become an admitted glutton. Over the past few months, I have lived within the journals of heroes and strangers, compared daily word counts with Virginia Woolf, trembled before Alma Mahler’s social calendar, pitied Kafka’s lovers. I’ve read pages and pages with interest and empathy, with boredom and more than a little shame (some entries are akin to seeing your favorite authors’ dirty underthings). But having traversed that stack of lives, what remains more than anything, tingling like a phantom limb, is a sensation of stillness: the journal as the eye of the writing life’s storm. More than ever, it seems to me a womb, a respite—and if that respite isn’t literature, I would argue it is literature’s wellspring.

I began with Flannery O’Connor’s A Prayer Journal, one of the most honest and vividly seeking things I’ve had the privilege of reading. If the span of time it covers is short (January 1946 to September 1947), its concerns are vast, even cosmic: How are we to be made worthy of grace? Intimate and urgent, this is a record unafraid of Dostoyevskian moral seriousness. “Oh, Lord,” she cries out in the journal’s middle, “make me a mystic, immediately.” Being a writer of remarkable skill, her missives are often luminous, approaching something like a poetics of prayer: “Dear God, I cannot love Thee the way I want to. You are the slim crescent of a moon that I see and my self is the earth’s shadow that keeps me from seeing all the moon…” She is also quite funny: “Please give me the necessary grace, oh Lord, and please don’t let it be as hard to get as Kafka made it.” What I found most affecting was the oft-repeated prayer to be a good writer, offered with a humility so at odds with the artist’s natural egoism: “If I ever do get to be a fine writer, it will not be because I am a fine writer but because God has given me credit for a few of the things He kindly wrote for me.” At the time of writing this, she was already working on the stories that would comprise her wonderful debut novel Wise Blood—a prayer answered and then some. She ends her journal abruptly in a kind of crisis (though she never lost her faith):

Of course, not everything I read was as concerned with the soul; John Cheever’s endlessly fascinating collected journals are a wonderful mixture of rich aesthetics and sexual longing, metaphysics and malcontent. Between beautifully tossed off observations (“In the little skin of light on the water I saw a bat hunting”) and meticulous records of failure (“The New Yorker turned down ‘Vega,’ ‘Sisyphus,’ ‘The Reasonable Music’ and probably will turn down ‘George.’”) there exists one of the great running records of loneliness in English letters, a black water upon whose surface Cheever casts the poetry of countless entries:

Loneliness I taste. The chair I sit in, the room, the house, none of this has substance. I think of Hemingway, what we remember of his work is not so much the color of the sky as it is the absolute taste of loneliness. Loneliness is not, I think, an absolute, but its taste is more powerful than any other. I think that endeavoring to be a serious writer is quite a dangerous career.

Unlike many of the writers I encountered, Cheever wanted his journals published after his death rather than burned or kept behind institutional glass. What were his ultimate designs for this collection of close to four million words? Blake Bailey, author of the excellent Cheever: A Life, called it “a monument of tragicomic solipsism.” There is no doubt truth to this—the journals are filled with tales of brotherly incest, hatred, self-loathing, sexual predation—and yet I still find these remarks both unduly cruel and curiously shortsighted. I side more with Benjamin Cheever, John’s son, who believed the journals were “meant to show others that their thoughts were not unthinkable.” This permission to be richly flawed is, to me, one of literature’s essential gifts, one given on nearly every page of Cheever’s gorgeous, howling, gin-soaked journals.

For Susan Sontag, writing within a journal was not merely an opportunity for radical honesty; rather, it was, in itself, a fundamentally generative act. “In the journal,” she wrote, “I do not just express myself more openly than I could to any person; I create myself.” Sontag’s journals, of which two volumes of a planned three have been published, are less acts of self-inspection than self-invention: the journal as manifestation of intellectual will, as composition of character. Filled with lists, books to be read, dates, symphonies, paintings, and quotations, they seem to comprise a race against the flooding brim of culture itself.

There are so many books and plays and stories I have to read—Here are just a few:

David Rieff, her son and the editor of her journals, notes that this list goes on for another five pages and includes more than a hundred titles. If there is something manic, even obsessive, about these entries—they appear again and again and again—it is also thrilling to see the life of the mind pursued with such singular fervor. It seems to me that these journals, when taken together, become something like a map, the outline of an indomitable will. Sontag wanted to be worthy of the writers, musicians, and artists she so cherished. She wanted to number among them—and, thanks in part to the long, long work of omnivorous edification found within her journals, she more than earned her place at the table.

It seems to me that these journals, when taken together, become something like a map, the outline of an indomitable will.

A writer’s diary has often functioned as an archive for the overheard remark, the potent anecdote, the physical description that begs for inclusion in the next novel. James Salter wrote on napkins during dinner parties; Victor Hugo reportedly kept a journal on his knee beneath the table. The journal, too, has a way of embodying a kind of necessary absence at the heart of a writing practice, the shadow to the novel’s shine. That negative space—call it a literary subconscious—enables a public form to emerge from the ne plus ultra of writerly privacies. “Writing for a hostile world discouraged me,” wrote Anaïs Nin. “Writing for the diary gave me the illusion of a warm ambiance I needed to flower in.” Perhaps its more important function, the diary is also a form of painful recurrence, one which proves that survival through literature is possible. These pages end up constituting more than the tumult and mundanity of life; rather, they become the evidence of one’s resiliency, a goad to go on. “In the diary you find proof that in situations which today would seem unbearable, you lived, looked around and wrote down observations, that this right hand moved then as it does today,” wrote Kafka.

“What sort of diary should I like mine to be?” asked Virginia Woolf. “Something loose knit and yet not slovenly, so elastic that it will embrace anything, solemn, slight or beautiful that comes into my mind.” This remains my favorite definition of the writer’s journal though I would never hold others to it. It remains a form that defies easy categorization, thriving as it does in the borderlands of subjectivity, the record of a monad at its own inquisition. Perhaps, at bottom, that is the best definition we can hope for: the diary as the self’s incomplete summation, the self’s unfinished song, whether abbreviated or running over. Witold Gombrowicz began his journal with the immortal lines: “Monday. Me. Tuesday. Me. Wednesday. Me. Thursday. Me.” There is a mighty, mocking truth here. Joan Didion is even more laconic: “Remember what it was to be me: that is always the point.” 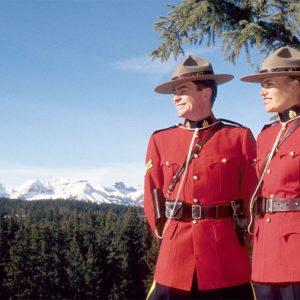 Caitlin Goodman, aka, The Grumpy Librarian, is here to help. The rules are simple: if you’re looking for what book to read...
© LitHub
Back to top