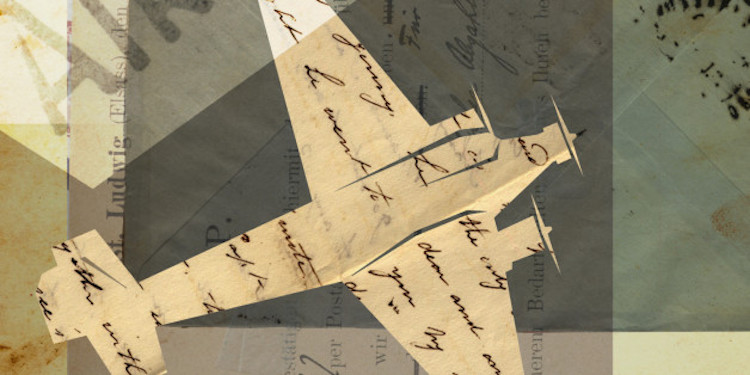 Today marks an important day for lovers of world literature. Bookselling Without Borders is launching a Kickstarter campaign that will serve as an ongoing scholarship fund to send American independent booksellers to international book fairs. The project’s aim is for US booksellers to become bigger advocates for universal voices in their local communities. It’s a crucial mission, since in the US, only 3 percent of books published come from international authors. That’s far behind the global average.

The idea, originally known as the International Booksellers Scholarship, is the brainchild of Europa Editions’ Editor-in-Chief Michael Reynolds. Europa has been a leading publisher in international literature for 12 years. While industry-sponsored cultural agencies often finance editor’s trips to overseas book fairs, Reynolds has always felt it’s a mistake to limit such opportunities solely to editors. “I think [these trips] should include representatives from different sectors of the industry: translators, agents, reviews editors, features writers, critics, sales reps, and booksellers, because all of these figures contribute to the discoverability of a book, and discoverability is the name of the game these days. None, as far as I know, include booksellers, which is a mistake because the importance of booksellers in getting books, especially those that don’t have huge marketing budgets behind them, into the hands of readers is paramount.”

Reynolds says that although he tried convincing these agencies to finance trips for a wider representation of the book industry for years, the idea wasn’t taking off. So he decided to try it himself. In October of 2016, Europa sent Ariana Paliobagis, of the Bozeman, Montana bookstore Country Bookshelf, to the Frankfurt Book Fair in Germany. In an article summarizing her experience, Paliobagis writes that when she first arrived in Frankfurt, she felt like a fish out of water: “I’m a bit of a rare specimen. To my knowledge, there’s only one other US bookseller here.” Yet any awkwardness she felt over being treated like an outsider quickly dissipated. Over the course of four days, Paliobagis met authors, publishers, and other booksellers from around the world. She attended numerous events, spoke on panels, and forged important relationships. “I was humbled by [Europa’s] keen interest in my work and the respect I was given, reminding me of the importance—easily overshadowed—of the bookseller. Like authors, editors, and publishers, we are driven by our passion for literature, language, stories, and books, and by our desire to create and share them with equally passionate readers.”

The experiment was so successful that Europa decided to do it again in May 2017. This time, they partnered with Other Press to send three booksellers—Jenn Witte of Skylight Books in Los Angeles, Camilla Orr of Changing Hands Bookstore in Phoenix, and David Sandberg of Porter Square Books in Cambridge—to the Salone Internazionale del Libro di Torino in Italy. Once again, the experience helped shape these individuals’ understanding of the importance of offering a wider range of voices to their readers. “It’s definitely going to affect what I read,” Orr says of the experience. “And what I read is what I sell.”

It’s this direct connection to readers that the new BWB scholarship fund wishes to influence. “The main point behind Bookselling Without Borders is that we’re trying to empower American booksellers to be better advocates of international literature,” says Liz Holman, a representative from Europa who’s overseeing the Kickstarter launch. “We’re trying to enrich those communities that indie booksellers support so well.” It’s a purpose that feels especially pertinent in our insular and xenophobic political climate, Holman adds. “Americans tend to keep to themselves more than others throughout the rest of the world. [But] fiction helps you understand that this is all a common experience, and builds bridges between different people and different communities. Especially those unlike our own immediate surroundings.”

Now, the goal is for Bookselling Without Borders to expand further, and offer this unique experience to even more booksellers. As the newest partner to the program, Catapult Co-founder and COO Andy Hunter says the scholarship is essential to the initiative’s ongoing success. “The cost of traveling to international book fairs is prohibitive for almost anyone who has decided to dedicate their life to selling books, so a scholarship makes sense.”

“We want this [opportunity] to be equally accessible to every bookseller,” Holman says. “The hope with this Kickstarter is to create a scholarship fund that’s permanently there that we can build upon as the years go on.” And the first trip that needs funding takes place next year. In 2018, Europa will join four American independent presses—Other Press, The New Press, Graywolf Press, and Catapult—to send cohorts of four to five booksellers each to three of the world’s largest international book fairs. This time, in addition to revisiting Frankfurt and Turin, booksellers will also have the chance to attend the Guadalajara Book Fair in Mexico. But they need your help in order to do it. So far, the five publishing partners have committed $15,000 total to the project. In order to make it a success, they need another $30,000. Donations will go towards travel expenses like accommodations and per diems for booksellers, as well as a scholarship coordinator and outreach program so word can get out about the opportunity.

“If this program takes off the way I hope it will, it’ll help nurture a generation of booksellers who are well informed, passionate, and communicative when it comes to literature from abroad,” Reynolds says. “An informed bookseller is more likely to recommend something exceptional from abroad that a reader may not otherwise have heard of. This in turn nurtures broader and more satisfying reading habits—greater bibliodiversity, something we need to encourage at all times and in all ways—and it makes for a more florid and variegated literary landscape.”

Hunter agrees that everyone wins when booksellers are empowered to expand their horizons. “Booksellers are the roots of the whole ecosystem around publishing contemporary literature. The literary world is global, and that should be reflected more in the US book market—there are just so many more great books, voices, and points-of-view when you expand your horizon to include world literature. Not to mention the understanding and empathy those books can build. That needs to be encouraged on the book-by-book level that bookstores engage in when they hand-sell to customers, which is the moment that so many great discoveries happen.”

For Reynolds, Bookselling Without Borders is all about widening Americans’ perspectives and broadening readers’ understanding of the global landscape, not just in literature, but also in thought. “It’s so important right now that the culture at large and especially the culture of reading and writing in America be nourished by voices from abroad and by perspectives from outside of the US,” he says. “Books have always been great vehicles for the introduction of fresh voices and different ideas. But we can’t just be content to have these books printed; they must be read. And no figure in the books world is more likely to facilitate that than booksellers.”

Support the cause here.

From Triumph to Terror: How America Grappled with the Dawn of the Nuclear Age 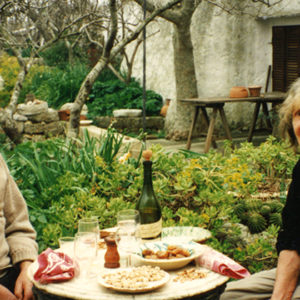 Patience Gray’s Honey from a Weed is one of the most important and best-loved cookbooks of the 20th century, yet its author...
© LitHub
Back to top