It’s something of a cliché for an established author to laugh off all the times they’ve been rejected, one way or another, usually in a message of hope to emerging writers. Now, I’d hardly call myself established; I haven’t won any awards or topped any bestseller lists. In fact, I’ve only just published my debut novel, Iron Annie. But along the way, I did get my fair share of rejections, and I learned something from the process about being rejected, and more importantly, rejecting bad offers. So I’m hopeful it might be helpful to some out there struggling to break out of the slush-pile.

Like many, being a published novelist was my greatest ambition. In fact, I realized quite early on that I really had to figure out how not only how to write, but how to make a living from writing, because I knew that there was pretty much nothing else I could do with myself—as work—that I would get the same kind of satisfaction from. If you’ve ever felt like that, then I’m talking to you.

It probably sounds strange, then, to say that one of first things I had to do as a professional writer was turn down an offer of publication for my debut novel. In fact, I’d go so far as to say that’s when I started being a professional, even though I was stone-broke.

There is this strange, almost Victorian reticence around the subject of money in writing—but unless you’re some kind of landed gentry or trust-funder, it’s essential to get a decent deal from your publisher. There are some prerequisites that make this easier: writing a good book seems like the most obvious but is by no means a guarantee in and of itself—the history of literature is littered with stories of struggling geniuses. Getting a good agent is just as important. You also need luck. Because the job of commissioning editor seems to consist of placing an educated bet on how a book might fare, out in the big bad world.

There are all kinds of factors at play there: the value a book might have according to the prevailing winds of the trends of the day, its place in the context of genre, and other elements. And then there’s the value that the book has to an individual reader, which is something that nobody can ever know, but on which an editor has to speculate. It’s a tough job, because that, above all, will determine the fate of a book in a way that no marketing campaign can.

In case it’s not already obvious, I respect the hell out of editors.

I started writing Iron Annie in April 2018, and when it came to me it was like a whirlwind romance. It might seem hard to imagine reading the book, a gritty queer romance set against the backdrop of a big drug deal, but it was a dream to write. I would go, every day, notebook in hand to write a new section of the book, a massive grin on my face as I scribbled to my hearts’ content in cafés or bars or wherever, really.

People must have hated me.

By October, though, I had a book. By December, I had someone who wanted to represent me. And we had a plan, to out on submission in spring 2019. It felt like something magical was about to happen.

Accepting a bad offer makes it much more likely that the book will languish at the back of a list somewhere.

And indeed, when it went out on the first round of submission to twelve publishers in the UK and Ireland, the initial response was overwhelmingly positive. I had reason, I thought, to be optimistic. So I wasn’t worried when the auction every writer hopes for (don’t lie) didn’t materialize. There were several who had expressed what my agent deemed to be serious interest—they were just taking their sweet time.

Little by little, the weeks turned to months, and the “interested” column got whittled away as one editor after another heaped praise on the book as they rejected it. One publisher, an independent Irish company who will remain anonymous, kept checking in from time to time to let us know that they were still interested, still reading, but still not ready to make an offer. Months later, my agent and I were contemplating our next move when the offer eventually came.

What they wanted: everything.

What they were offering: peanuts.

Were they willing to negotiate? Not really.

After a very drawn-out submissions period full of false starts, it was a terrible feeling, especially because it was so tempting to accept. After all, all my friends and family knew I had this book on the go, that I was trying to do something with it—I wanted something to show for it. Several renowned Irish and British writers had endorsed it, and my agent had been full of enthusiasm for it. More than anything, I just wanted to get it out into the world—I wanted it to live, to have its day.

Still, with the help of my agent, I found the strength to turn down the offer which, to be clear, might have paid for a month’s rent and bought a nice dinner, nothing more. Still, it was hard. But I want to make the message clear to any writers out there who are working on something exciting, something they’ve poured their heart and soul into: don’t settle for peanuts.

In writing the above, I don’t mean to sound crass, nor to overlook the very important work that indie publishers do in championing writers. In this case, it’s also important to point out that the publisher in question is subsidized by public funds; I also believe they wouldn’t have necessarily done a bad job of publishing the novel. What I suspect happened, though, was that there was a certain cynical business move at play. My guess is that they were after the value that Iron Annie would have as a book to which they could sell the rights abroad, in the UK and North America, if it did well in Ireland. There are also things like dramatic rights to consider.

It felt a lot like what I was being asked to do was to give my work over to a company who would use it as a gambling chip at the Frankfurt Book Fair.

That’s not just idle speculation on my part; I am privileged to be able to say that I have a two-book deal in North America with Vintage’s crime imprint, Black Lizard, and a two-book deal in the UK and Ireland with Bloomsbury. And, by holding out, I was eventually able to sell—at auction—the TV rights to Iron Annie to an award-winning British production company.

When considering the first, humiliating offer, I thought about the value that the best books I have ever read have had for me and the value that I wanted my book to have for its eventual readers. I wanted it to have readers. And then I thought about what this publisher was up to: why they had waited, staying in touch just long enough to know that nobody else had picked it up, and what they meant by lowballing a book that they claimed to think so highly of. I’m sure that there are cases of authors starting out with tiny deals at tiny presses going on to have great careers, but it felt a lot like what I was being asked to do was to give my work over to a company who would use it as a gambling chip at the Frankfurt Book Fair, banking on their being international interest in new writing from Ireland.

Instead, we went back to the drawing board. I went through the process of getting representation in North America, and by spring 2020 we were once again ready to submit, this time on both sides of the Atlantic simultaneously. Then the pandemic hit. By September, though, things had started to return to some semblance of stability and the deal I outlined above came together in a surprisingly short time.

The point of this essay, though, isn’t to toot my own horn or to say how great Iron Annie is. The point is to encourage you to recognize the value of your own work. If you feel it yourself, and if you are getting the right feedback, from professionals and from readers you can trust, then the chances are that it’s something with value—the kind of value that might make a difference in people’s lives. Accepting a bad offer makes it much more likely that the book will languish at the back of a list somewhere and not get to where it needs to be read. And after you’ve done your job so well, that’s not what you want, now, is it?

You can do better, and you don’t need to settle for any offer that comes your way. Writing doesn’t have to be a race to the bottom. In saying this, I realize that it’s an extremely delicate business. And international readers may feel that my experience was very shaped by my being from Ireland, a very particular place when it comes to publishing, if for no other reason than its size. But I think that the essential message is something writers struggling to break out aren’t told enough, and I think it’s universal, regardless of background, location, genre or anything else. If you have something special, you don’t need to settle for peanuts. Publishers need great books, and yours might be the next one.

Can’t wait to read it. 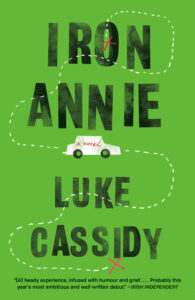 Luke Cassidy is a writer from Dundalk, Ireland. Iron Annie is his first novel.

“A Kind of Clash.” Tom Bissell on the Structure of His Short Stories 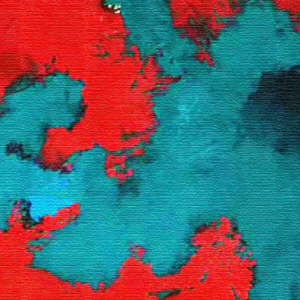 Luanda smells of heat dust Fumes from exhaust pipes and sweat It smells of fried dough and putrefied waters that host...
© LitHub
Back to top
Loading Comments...