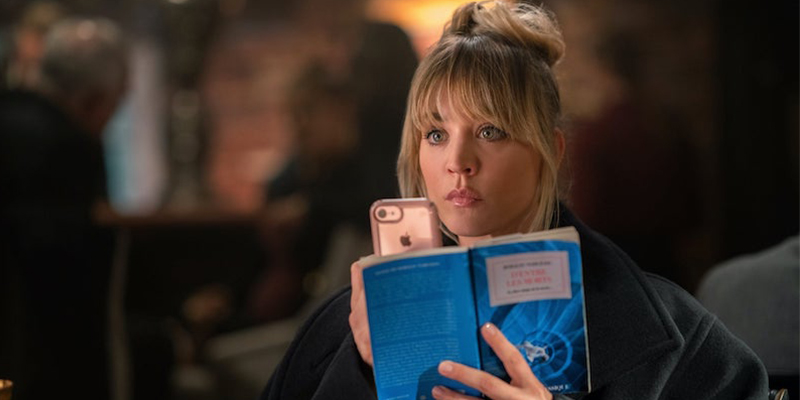 Olivia Rutigliano on the Continuation of HBO Max's Espionage Comedy

Although a smooth final product might make it seem easy to pull off, it’s difficult to smartly blend genre hallmarks along with comic commentary—to create a text that qualifies as a certain kind of genre while also riffing on it. It’s even harder to do this in a way that feels at all novel or original. Season 1 of The Flight Attendant, HBO Max’s effervescent lite-espionage series that premiered in late 2020, was, despite pops of narrative turbulence here and there, rather surprising for the steadiness with which it sailed from its thrilling spy plot to its comical, postmodern commentary, to a thoughtful meditation on sobriety, and back again.

Based on the novel by Chris Bohjalian, The Flight Attendant (which originally presented as an eight-episode miniseries) introduced us to Cassie (Kaley Cuoco), a hard-partying flight attendant who wakes up one morning in a Bangkok hotel room next to a (brutally stabbed) dead man she’s gone to bed with (Michiel Huisman), and thus finds herself caught up in what seems to be an international conspiracy. The show tackles so much and jumps from multiple angles to others that it seems difficult to believe it might be able to maintain a safe cruising altitude. But it does—and was met with such fanfare that it was renewed for an unnecessary second season even after it reached its final destination.

Season 2 launches this week, with a difficult task ahead of it: to re-ignite the entire story after it’s already made a comfortable descent, and to rev it to the velocity traveled by its previous trip. In Season 1, Cassie finds herself reckoning not only with a potential murder investigation, a global intelligence disaster, and a target on her back from an assassin, but also family issues and her longstanding dependency on alcohol. The intrigue into which she lands is the result of the cocktail of her coincidental Hitchcockian circumstance and her own self-destructive proclivities; she hurls herself into her own investigation because she’s curious about what has happened, more than that she feels she must clear her own name.

The new season speeds along with an entertaining, multifaceted caper plot that makes sense as a logical continuation.

She drags family and friends, including a fellow flight attendant Shane (Griffin Matthews), her lawyer best friend Ani (a sensational Zosia Mamet) and Ani’s new hacker boyfriend Max (Deniz Akdeniz) into this dangerous world, all while ignoring the calls for help from a needy coworker, Megan (Rosie Perez), who has gotten herself embroiled in a treasonous endeavor selling her husband’s company secrets to North Korea in an attempt to make her milquetoast suburban life feel more exciting. Ironically, since she doesn’t know much about the caper Cassie has fallen into, Megan wants her life to seem as exciting as Cassie’s does to her. Cassie parties all around the world, has handsome men waiting for her in multiple cities. To those on the outside, her life is a nonstop rager. Only those rare few who peek into the inside can sense her self-loathing, escapist, sabotaging tendencies. And the dangerous intrigue in Cassie’s life becomes a mechanism, a metaphor, for her to work through these issues.

Season 2, which I’ll say upfront is very fun, kicks off one year after the previous season lands, with Cassie having moved from her New York apartment to a small home in Los Angeles. She’s still a flight attendant for Imperial Atlantic, she has a lovely new boyfriend named Marco (Santiago Cabrera), she’s been sober for a year, and she has a side job doing surveillance work; all of these things are presented in an exposition that she narrates to her AA group in the first episode of the new season, beginning the season’s pattern of tapping the gas of its narrative pretty hard without giving its riders time to brace themselves. Pacing problems chase the new season, as it tries to quickly remind new audiences of the many plot points and characters from Season 1 while sweeping them off into new territory, including introducing the many players of Cassie’s new side-hustle. But aside from these few stupefying, breakneck moments, the new season speeds along with an entertaining, multifaceted caper plot that makes sense as a logical continuation from the previous season without repeating itself too much.

Even so, this new season is (wisely) more interested in Cassie’s own personal development than the cloak-and-dagger machinations that spin her newly controlled life into dysfunction. This season foregrounds her relationship with her uptight brother Davey (T.R. Knight) and her commitment issues with Marco, just as it emphasizes Ani’s anxiety about potentially marrying Max. Season 1 has plenty of character development to go around, but the international distress of that installment pales in comparison to the domestic stressors of the (still globe-trotting) second season.

Cuoco brings a high-octane commitment to every chuckle, every tear.

Season 1 tells of a character who unpacks her relationship with her jet-setting job as being more of an escape than simply a match for her spontaneous personality, but Season 2 tells of a character who turns to traveling explicitly because she is terrified of trying to make a true home for herself. Now, Cassie is clinging to the flight responses that once worked for her, and is learning to confront them, occasionally with the help of her sponsor, Brenda (the ever-droll Shohreh Aghdashloo), and some wise words from her old friend Miranda Croft (the ever-eye-rolling Michelle Gomez). She won’t stop digging into the lives of everyone around her—even a new friend, a fellow flight attendant named Grace (Mae Martin)—as a way to forestall the inevitable need to take a long, hard look at herself.

This is a lot to deal with, even besides the fact that this season features a murder plot involving a suspect who seems to be impersonating Cassie, and it all leads Cassie toward an identity crisis larger than anything she has had to reckon with in her previous adventures. It also allows Cuoco to really wring out her acting chops; even more than last season, Cassie puddle-jumps from high comedy to despair, and Cuoco brings a high-octane commitment to every chuckle, every tear. This season is also about Ani as another potential mirror for Cassie (or vice versa), which the last season really was not, and Mamet, also, natural thespian that she is, plunges her character from twitchy anxiety to heartfelt pathos at least once per episode.

When Are Men Dangerous? On Agency, Imagination, and What a Teacher Can Do 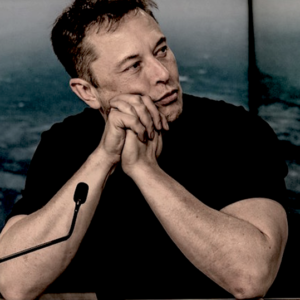 As I write this, the world’s wealthiest and noisiest man has made a characteristically loud public offer to buy the internet’s...
© LitHub
Back to top