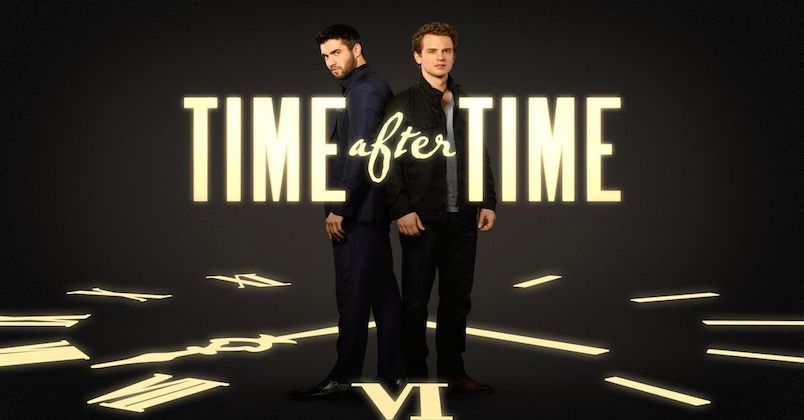 On the greatest-ever H. G. Wells adaptation, in which Jack the Ripper escapes . . . to the future.

One hundred and twenty-six year ago today, H. G. Wells’ seminal science-fiction novella, The Time Machine, was first published. The story of an Victorian English scientist (and gentleman inventor) who builds a big ‘ol steampunk time machine and uses it to travel to the year A.D. 802,701 (where perilous adventures with gentle Eloi and not-so-gentle Morlocks ensue), The Time Machine is generally credited with the popularization of the concept of time travel. Without it, there’d be no Avengers: Endgame or Back to the Future or Bill & Ted’s Excellent Adventure. There’d be no Hot Tub Time Machine or Deadpool 2 or Austin Powers: The Spy Who Shagged Me. There’d be no 12 Monkeys or Harry Potter and the Prisoner of Azkaban or Timecop. There’d be no Terminator, for Christ’s sake. We owe Mr. Wells and his unbridled imagination a tremendous cultural debt, is what I’m saying.

Now, it would take forever to analyze the merits and demerits of each and every time travel-centered movie or TV show produced over the past century, so for the sake of brevity I’m going to narrow it down. Waaaaay down.

I’ve recently become obsessed with an (extremely) short-lived network television series called Time After Time, and I think you should be too. Time After Time (based on the 1979 Malcolm McDowell movie of the same name, which was based on Karl Alexander’s Sci-Fi novel, which was inspired by H. G. Wells and his basement tinkering) was a period drama/science fiction television series, developed by Kevin Williamson (he of Scream, The Faculty, and Dawson’s Creek fame) that aired on ABC from March 5 to March 26, 2017.

I could (and have, to the intense discomfort of my wife and colleagues) detail the plot of Time After Time, but no synopsis could ever compete with the magnificence of the trailer:

Sadly, you did read the above date range correctly. The cowards at American Broadcasting Company pulled the series from its schedule after airing just five episodes, leaving us, the fans, to wonder what becomes of our bumbling-but-sexy inventor and his murderous-but-sexy nemesis.

Now four years on from its unceremonious euthanizing, I’m forced, once again, to ask the question: will ABC ever do the honorable thing and make all twelve episodes of this Icarian gem available on their streaming service?

I guess only…time will tell.