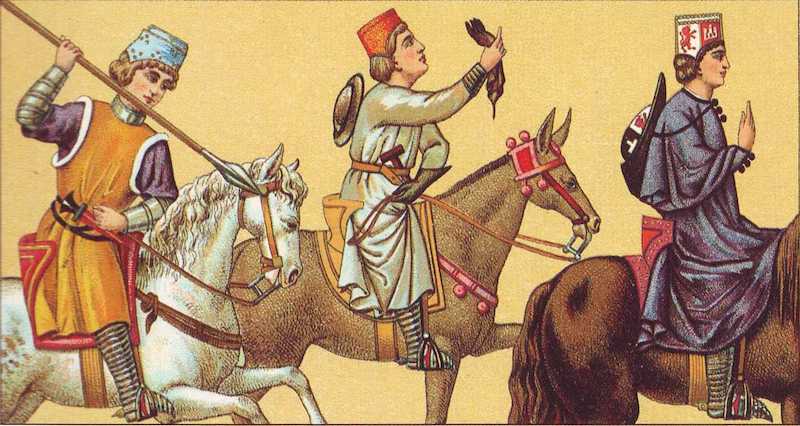 On the Genius of Yuri Herrera’s Character Names

As a devout lexophile and voracious reader, I very much like the phrase What’s your read on this? It seems a particularly apt expression when applied to Yuri Herrera’s texts. There are many possible reads on books like Signs Preceding the End of the World or The Transmigration of Bodies, perhaps as many reads as there are readers, yet somehow they seem to concur on one thing: that Yuri Herrera can pack a huge amount into a short novel. As his translator, I’ve often seen him pack just as much into a single word, and every time he makes it seem effortless, natural, almost off-the-cuff. As a tribute to this, therefore, I wanted to shed a little light on an aspect of the book that may not be available to most readers of the English edition: the characters’ names. Yuri’s prose has a strikingly beautiful density to it; he does so many things at once, plays on so many levels simultaneously: genre, register, history, reference and allusion, etc. Perhaps unsurprisingly, this made some characters’ names very challenging to translate.

The density of Yuri’s prose, its multifacted compactness, is also why The Transmigration of Bodies, like Signs Preceding the End of the World, is difficult to adequately sum up. You might say that it’s a tale of two feuding families with Shakespearean undertones, or that it’s the story of the protagonist’s tortured soul, or of a man struggling to come to terms with his life and the way he fits in—or doesn’t—to the society around him. And of course there’s a rich and multi-layered commentary that emerges from the background, in which a mysterious mosquito-borne epidemic has gridlocked an unspecified and militarized Mexican city. But a glib overview of what the book is about doesn’t paint a very satisfactory or nuanced picture of what the novel does. To me, in many ways what it does is present a series of reflections. It’s a reflection on death (and the ways that death gets used). It’s a reflection on violence (and the ways that violence gets used). It’s a reflection on human contact, both carnal and fraternal-slash-sororal (and the ways that human contact gets used). It’s a reflection on language (and the ways that language gets used). That’s an awful lot of food for thought, and in my view one of the pleasures of the text is that, rather than denounce this and advocate that, Transmigration induces us to contemplate, to mull things over, to ponder. And perhaps to try to be more tender, to show a bit more empathy. And Yuri’s names are there to help us do this.

To shed a little light on what I mean, I’ll talk about the names of two characters, and their translations. The most obvious name is that of the Redeemer, the hardboiled protagonist we meet mid-hangover on page one (although his name does not in fact appear until page 26). In Spanish he’s called “el Alfaqueque,” which is a word you won’t find in Spanish-English dictionaries (nor is it in that many Spanish-Spanish dictionaries). But those who have studied Spanish might remember that all words beginning al- originally come from the Arabic. “Alfaqueque” derives from fakka al-aseer, meaning to emancipate, ransom or redeem. In the Middle Ages, alfaqueques in the Iberian Peninsula were those appointed to negotiate the release of Christians being held captive by Moors. They are described in the Siete Partidas, which was essentially a code of laws compiled in the 13th century: alfaqueques were considered men of honor who used their knowledge of Arabic to interpret and negotiate the captives’ release.

So that’s our protagonist’s name in (medieval) Spanish. Now for the English. Clearly, as far as holding on to the Arabic etymology goes, there’s no viable English option. So what should the guy be called in translation? I toyed with several possibilities. Given the novel’s often hardboiled tone, I considered names like the Fixer, the Interpreter, the Messenger and the Negotiator. Each had its appeal. The Fixer I felt had more of a mafia ring to it; the Interpreter put more stress on his linguistic aptitude, which the novel makes clear is absolutely vital (and the word is four syllables, like the original, which I liked a lot). The Messenger might have a little more Shakespearean resonance, which is also important, while the Negotiator, in addition to connoting his role as a go-between, struck me as more involved, more active. Yet at the same time, to my ear, all of them had a modern almost Hollywood sound that I felt cheapened them somehow. I could almost hear the Morgan Freeman voiceover. So despite honestly liking all of those options, in the end I decided they were too contemporary-sounding.

If you look at historical documents and speak to medievalists, alfaqueques are often referred to as both ransomers and redeemers (indeed, these are the terms used when people speak about the Partidas in English). Redeemer was the option I chose for several reasons. Historical accuracy is important, certainly, so the fact that English translations of the Partidas use the term played a large role. But there is more to it than that. The word alfaqueque is incredibly sonorous. I don’t know how to do phonetic transcription, but in Spanish it’s pronounced ahl-fah-KEH-keh. It rolls off the tongue, it should be in poems, it should be your favorite word. Redeemer is not as beautiful, but it is more stentorian, and also more resonant and polysemous than the previous options. And that mattered to me. What I’m trying to say is, the word redeemer opens up a range of meanings and connotations, expanding or deepening possible interpretations of the character’s role.

For instance, you have, of course, the religious connotations of redemption, which are interesting to poke at, given the often “unchristian” behavior of the protagonist. And I would call that tension complicated and fruitful, rather than ironic or hypocritical, because religious redemption is very tied up with concepts of death and souls and of right and wrong; and what more fitting for the milieu of this novel? The possibility of a certain savior-like allusion when you’re referring to a man who makes his living as a fixer is pretty nifty, in my book. In addition to that is the more commercial sense of redeeming, i.e. the exchanging or regaining of things. And this type of redemption is quite literally what the protagonist spends much of the novel doing, wrangling a way to redeem the bodies (while searching his soul and trying to get laid). So in the end, it’s fair to say that the Redeemer might be the most literal translation of his name, but that’s not why I chose it. As I said, Yuri plays with genre, register, history, reference and allusion. And I think Redeemer is the name that best gets at that: historical accuracy, old language, and multiple possible nuances and connotations. Plus it still sounds like the guy could be a badass.

In complete contrast to the Redeemer is the protagonist’s romantic rival, the boyfriend of Three Times Blonde. While the Redeemer’s name is foreign, venerable and archaic, the boyfriend’s is the complete opposite: cheesy, modern and utterly lacking in nuance and subtlety. So right away you have an interplay of registers. As characters, too, they couldn’t be more different. Whereas the Redeemer is portrayed as un-studly, poorly dressed, insecure (despite a certain degree of luck with the ladies) and actually quite sensitive (think of his respect for the dead, the tenderness he shows la Ñora, the degree of thought he puts into touch), the boyfriend is cocksure, garish, superficial and no doubt an idiot. After all, the man named his car Bronco. And his monikers reflect this. Although he’s generally referred to in more or less the same way, he doesn’t have a single-word name and he’s not always capitalized. But generally, the boyfriend is referred to as something like the “slicked-back baby jack.” It’s hard, if not impossible, to exaggerate how much thought, time, research and effort went in to coming up with this. Debates with myself and others were endless, and I literally had pages and pages of terms, words and partial options. I would wake up in the night with an idea (I started keeping a pad and pencil by my bed), only to realize the next morning that on one level or another it didn’t work. Thankfully, Tara Tobler, editor par excellence, was happy to discuss, and discuss, and discuss the pros and cons of many of those.

The original Spanish is “hamponcito relamido patrás.” Like the word alfaqueque, the boyfriend’s nickname is actually amazingly sonorous, albeit in a derisory rather than majestic way. It’s also something that conjures up an image instantly. And yet linguistically it’s incredibly complicated. The word hampón is a fairly uncommon word that means “thug,” and –cito is a diminutive stuck on the end, so already the man is being taken down a few pegs, has a sort of pathetic wannabe flavor to him. The second word, relamido, can mean many different things. On its own, according to Collins it means: “affected,” “prim and proper,” “overdressed,” “cheeky” and “shameless.” But the verb it comes from (lamer/re-lamer) means “to lick” (repeatedly). And then when you add patrás it gains new meaning, making it refer—at least potentially—to hair, i.e. hair that has been greased back. Think Brylcreem. Finally, patrás is a combination of two words, para and atrás, i.e. “toward the back,” but written as it would be pronounced, something along the lines of gonna in English. So it’s quite a mouthful. The boyfriend is, of course, a pretty oily character, so having “slick” in his name seemed appropriate, although for a long time my options revolved around “grease” and “greased.” But overall, the hardest thing to do was attempt to capture the ring of the entire nickname, the way all of it sounds when strung together. The cadence, the number of syllables, where the stress lies when you say it out loud, all of these things are crucial to the rhythm of the text. In the end, I really love the name he’s got and hope readers will too. And I couldn’t be more thrilled and thankful that Three Times Blonde is a word-for-word literal translation that required no deliberation whatsoever. (A rarity in literary translation, a miracle in a text by the breathtakingly talented Yuri Herrera.) 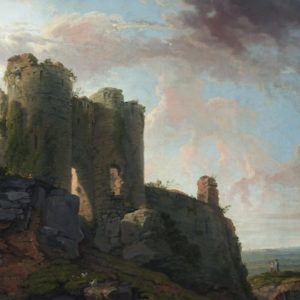 Poet Ishion Hutchinson remembers Geoffrey Hill, a contemporary of Ted Hughes often hailed as one of the foremost English-language...
© LitHub
Back to top