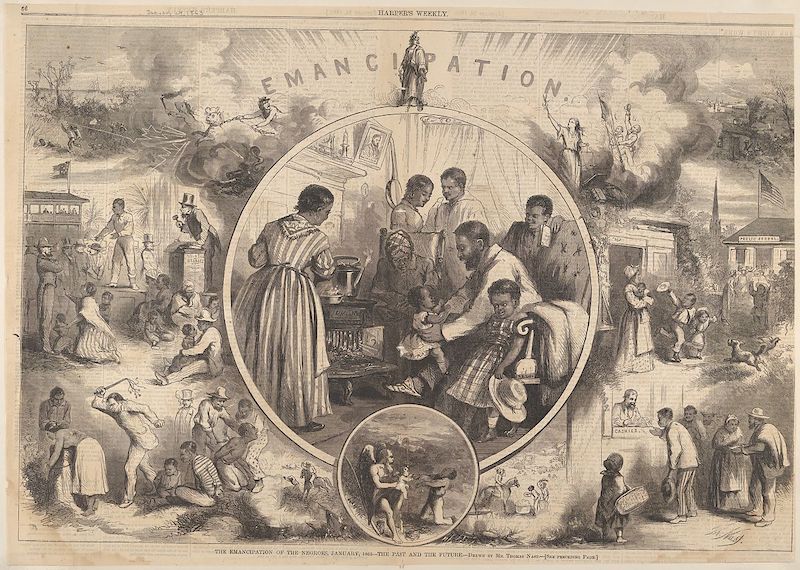 On the Forgotten Voices of the Abolition Movement

The transformation in the scholarship on American abolition in the last half-century has been profound. During the Lost Cause era—which lasted roughly from the Gilded Age through the 1950s—historians downplayed slavery and treated abolitionists as mere rabble rousers and fanatics, much in the way their enemies had in the pre-Civil War era. But after the civil rights campaigns of the 1960s, a new historiography emerged that not only insisted on the singularity of slavery as the principal cause of the Civil War but provided a fresh understanding of who abolitionists were and how they operated.

The outmoded view that anti-slavery activists were mainly bourgeois white men who sowed discord in service of religious enthusiasm was shown to be a fallacy. Rather, a new wave of scholars showed how abolition was a social movement of both men and women, secular and spiritual, from both the working and middle classes—and driven from the outset by African Americans and only later adopted by prominent whites.

There was no single version of an abolitionist. They came in distinct varieties, from conservative businessmen like Arthur and Lewis Tappan and opportunistic politicians like James Birney, to traditionalist Black ministers like Samuel Cornish and Theodore Wright, to radical voices like Maria Stewart and David Walker, to ardent campaigners for both abolition and women’s rights like Lucretia Mott and Angelina Grimké. Added to them, of course, was the unique and often strident presence of William Lloyd Garrison.

Together in the 1830s, these figures drove the national anti-slavery movement to greater attention in society and in the press and became a target for white mobs that only seemed to grow in numbers and violence. Such stresses would galvanize some activists, even as they encouraged others to break away into schism and infighting. That the movement was able to endure such conflicts and its leaders expand their influence is a testament not only to the power of their message, but also to the strength of their character. The recommended books below reflect this and remind us that new heroes can always be rediscovered in the historical record, especially in an era sorely in need of them. 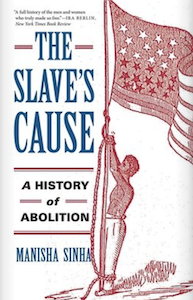 Manisha Sinha, The Slave’s Cause: A History of Abolition
(Yale University Press)

This was one of the few volumes to tell the comprehensive history of the movement against slavery, from its beginnings almost as soon as human bondage took root in North America to the formation of a powerful social force that anticipated the Civil War. Sinha’s work is a sweeping and invaluable study, focusing not only on the different strands and figures of abolitionism within the United States, but also its context amid the wider international struggle against oppression—which continues to this day. For any readers or students of abolition, this is the cornerstone of contemporary scholarship, and an essential guide for understanding what the movement was, how it began, and the ways in which it developed. 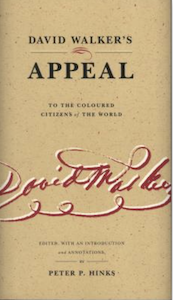 David Walker’s seminal call to arms for abolition is just as arresting today as it was upon its publication in 1829. Codifying decades of protest and writing by Black Americans against human bondage, Walker’s Appeal galvanized action by free African Americans in the North, helped to convert more than a few whites to the cause of immediate abolition, and may have penetrated the slave quarters of the South. Walker’s critics—and there were many—claimed his Appeal was a manifesto for insurrection, and certainly in some of its phrasing it was a spur to radical action (“They want us for their slaves, and think nothing of murdering us in order to subject us to that wretched condition… therefore, if there is an attempt made by us, kill or be killed”).

But just as importantly, the Appeal was a dissection of how slavery had undermined and corrupted the various branches of American government and its financial and religious institutions, and all the major figures within them. Its militant tone and clear, decisive language set it apart from the more indirect language of protest at the time, and infuriated the author’s enemies, some of whom threatened violence against him. Walker died under mysterious circumstances at the age of only 33. 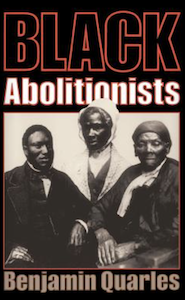 As one of the most important historians to challenge the prevailing cynical view of abolitionism, Benjamin Quarles transformed our understanding of the movement from one that seemingly emerged from the brow of William Lloyd Garrison to one that had been created and long driven by Black activists. Quarles helped to overturn these assumptions in his work and highlighted not just renowned names like Frederick Douglass and Harriet Tubman, but less familiar figures like Charles Lenox Remond, Henry Highland Garnet, and Robert Purvis, giving them their due as pioneers after they had been dismissed by historians for more than a century. Later generations of researchers have expanded on Quarles’s work and ensured its continued place in the annals of anti-slavery scholarship. 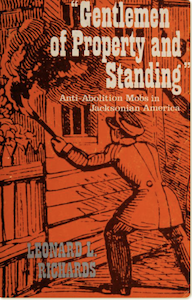 Once the movement to abolish slavery gained momentum in the 1830s, it faced a range of new enemies—not only the expected planters and slaveholders in the South, but a wide range of Northern businessmen and news editors with a stake in the slave trade, as well as working-class whites motivated by economic fears and racial hysteria, and, of course, Washington politicians eager to seize any opportunity to race-bait and condemn Black citizens. The result was nearly a decade of mob warfare, much of it in the streets of northern cities like Boston and Philadelphia, which both publicized the abolitionist cause and threatened to extinguish it. This is one of the few studies to analyze the character and motivation of those mobs and to put them in the context of the Jacksonian Era—celebrated by 20th century historians as a time of expanding democracy, but, in truth, one of the grimmest times for civil rights in the nation’s history. 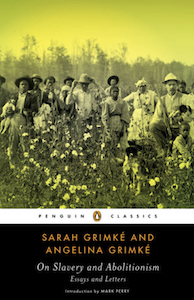 Sarah and Angelina Grimké, On Slavery and Abolitionism: Essays and Letters
(Penguin Books)

By the end of the 1830s, the movement against slavery faced schism, and conservatives in abolition blamed the rising support for women’s rights as the cause. They claimed it distracted from the central issue, as poet John Greenleaf Whittier said, “in a selfish crusade against some paltry grievance.” But for countless activists like Sarah and Angelina Grimké, abolition and women’s rights were inseparable, since their mission in both cases was to fight injustice. The sisters understood the cruelty of the plantation system because they had seen their family practice it in the South, before they left for Philadelphia. Angelina revealed what she knew in her writing and oratory, speaking in churches and lecture halls in a way few women ever had, raising funds and advancing petition drives, and drawing countless women and men to reconsider what they knew about race and slavery.

Although there are several good biographies of the Grimkés (the finest being Lift Up Thy Voice, by Mark Perry), the best way to appreciate them is in their own words. This volume offers that opportunity and shows how their ideas are just as relevant today as they were nearly two centuries ago. 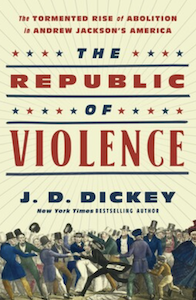 J.D. Dickey’s book The Republic of Violence: The Tormented Rise of Abolition in Andrew Jackson’s America is forthcoming in March by Pegasus Books.

J.D. Dickey has been writing books for 20 years on American history, society and culture. Of his book, Rising in Flames, Harold Holzer in the Wall Street Journal wrote, "No one interested in Sherman’s March should be deprived of his lively narrative. Absolutely spellbinding." His earlier book, Empire of Mud, was a New York Times bestseller and described the troubled landscape of Washington, D.C., in the nineteenth century. He has also written articles on a broad range of historical, political and travel-related topics for newspapers and magazines, and appeared in media from C-SPAN's Book TV to Public Radio International's The Takeaway. In support of his work, he has lectured for the New-York Historical Society, the Pritzker Military Museum and Library, and the Atlanta History Center, among other organizations. His latest book is The Republic of Violence.
http://jddickey.com 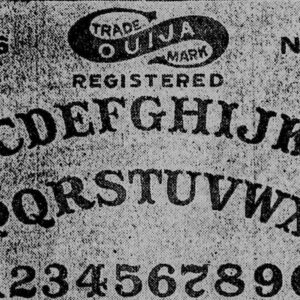 Stanley Carlisle, the main character of William Lindsay Gresham’s 1946 novel Nightmare Alley—which was made into a movie...
© LitHub
Back to top
Loading Comments...