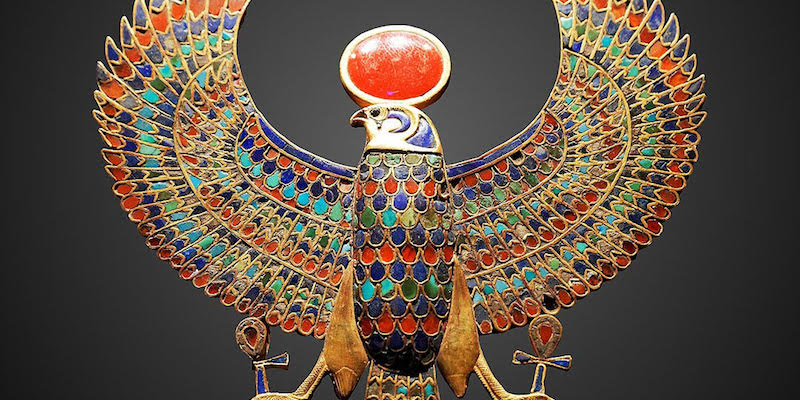 The discovery of Tutankhamun’s tomb in Egypt’s Valley of the Kings almost a century ago revolutionized the study of ancient Egypt and its pharaohs. The splendors that surrounded the burial of this relatively minor ruler, interred in a hastily arranged tomb, sparked a furor of speculation, scholarship, and outright chicanery and draw crowds even today. For a long time, though, no one knew that the first modern person to enter the tomb was not Howard Carter, the famed archaeologist who located it, but Lady Evelyn (Eve) Herbert, the twenty-one-year-old daughter of Lord Carnarvon, who funded Carter’s expedition.

In The Collector’s Daughter (William Morrow, 2021), Gill Paul approaches the story of Carter’s discovery from the perspective of its long-term effects on those involved in the find. We meet Eve first in 1972, fifty years after these life-changing events, when she has just awoken in a hospital after suffering the latest in a series of strokes that sap her physical and mental strength. She barely recognizes the man sitting next to her, although she soon concludes (correctly) that he is her husband, Brograve.

As Eve fights her way back to health, Brograve attempts to jog her memory with photographs and tales, each of which sets off a trip into the past where we see what actually occurred and contrast it with Eve’s foggy recollections. Meanwhile, Brograve is doing his best to shield his wife from the demands of an Egyptian archaeologist determined to track down missing artifacts from the tomb—on behalf of her government, her university, or herself? We’re not quite sure of the archaeologist’s motives, only that she has secrets of her own.

The tale of Tutankhamun’s tomb, the accidents that followed its discovery, and how Eve came to be the first person to enter its suffocating atmosphere three thousand years after the ancient Egyptian priests sealed the sarcophagus is beautifully told. But what really sets The Collector’s Daughter apart is its haunting exploration of memory loss and its impact on Eve and Brograve’s long and loving marriage. This is definitely a book that you don’t want to miss.

CPL: What led you to the story of Evelyn (Eve) Herbert?

GP: She’s a classic case of someone who’s been marginalized by the history books. I’ve always been fascinated by Tutankhamun; that’s one of my teenage passions. If you look at the photos taken outside the tomb in November 1922, she’s there. But she’s hardly mentioned in accounts of the expedition. I wondered who she was and what she was doing there, in the desert with these men. I wanted to find out about her.

CPL: At the end of the first chapter, we encounter via letter Dr. Ana Mansour. I’m assuming she’s a fictional character. What can you tell us about her?

GP: Yes, Ana’s fictional. I introduced her to bring a sense of urgency to the story and to represent the Egyptian point of view. When you think about it, it’s so unfair that in the past all these colonial countries came in and whisked their treasures overseas—France with the Rosetta Stone, then Britain. When Carter and Lord Carnarvon discovered the tomb, they assumed they would take things back for the British Museum and Lord Carnarvon’s personal collection at Highclere Castle. So Ana is there to express how the Egyptians felt about that.

CPL: The book follows the 1970s Eve until she encounters a significant memory, then shifts back to the past, starting in November 1919, when Eve is eighteen years old. What is she remembering?

GP: Unlike eighteen-year-olds today, she’s led an incredibly sheltered life. She didn’t go to school but was educated at home by tutors; this is her first major foreign trip. She arrives in Egypt, and I’m imagining from my own experience that it’s so exotic to her: the heat, the birds, and most of all the colors. It’s a long strip of a country, with the deep, deep blue of the Nile with green date palms on either side, and beyond you can see the gold sands stretching off into the distance. It’s a country of green and gold and blue; I can conjure it up in my mind as I talk about it. This girl has had a lifelong interest in Egyptology, and here she is, at the heart of it.

CPL: For most listeners, Howard Carter is probably just a name—the man who discovered Tutankhamun’s tomb—but to Eve he was a friend. Tell us about him.

GP: Howard was born in the UK, but he moved to Egypt in his late teens, when he got a job drawing antiquities in tombs. He stayed there, more or less, from then on. Egyptology was his entire life; he was devoted to it and very professional. He had a brusque manner that got him into trouble at times. He had no romantic life that was ever recorded, and that gave rise to rumors that he might have been homosexual, but that may just have been something people said at the time of men who never married.

CPL: Do talk about how Eve came to be the first person to enter Tutankhamun’s tomb. What was that experience like for her?

GP: Howard Carter found a doorway and cleared a corridor full of stones. There were various seals, and they could tell it was a royal tomb and that it hadn’t been disturbed. What he should have done then was close it up and wait for Egyptian officials to be present for the opening. But it’s now known that Carter, Lord Carnarvon, and Eve sneaked back and broke through, first into the antechamber, then into the burial chamber. It’s said that Eve went first because she was the smallest. She noted afterward that it was hotter than the hottest Turkish baths inside, with a strong smell of incense. It was a secret, but she later told her uncle that it was the greatest moment of her life.

Gill Paul writes historical fiction, mostly set in the twentieth century, and enjoys reevaluating real historical characters and trying to get inside their heads. Her novels have reached the top of the USA Today and Globe and Mail (Canada) bestseller lists and been translated into twenty languages. 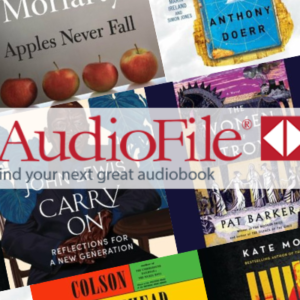 Each month, for your literary listening pleasure, our friends at AudioFile Magazine bring us the cream of the audiobook...
© LitHub
Back to top