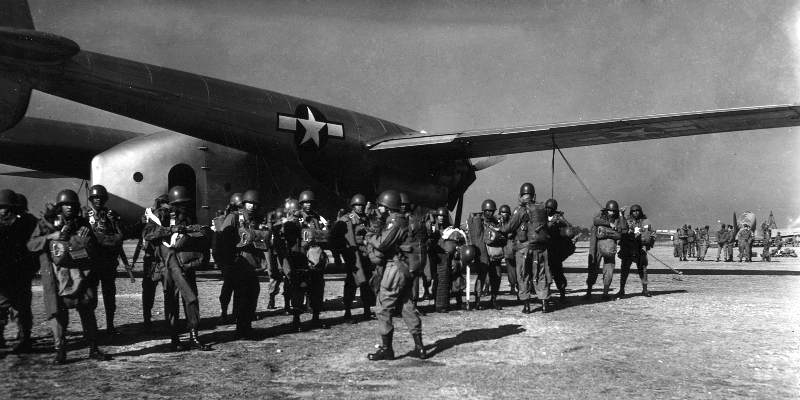 On the First All-Black Parachute Infantry Battalion, the Triple Nickles

Al Murray and James Holland discuss the massive effort to move fighting men across the world. Plus, the story of an American airborne battalion made up only of Black servicemen.

Al Murray: This is from David Langmead: “Hi guys, I’ve been listening intently to The Wings of Pegasus, read so well by Al—thank you—which reminded me of an article I read relating to a unique parachute force named the Triple Nickles. They are unique in that they were the first all-Black parachute infantry battalion. Given that Black soldiers were usually given more menial tasks in the US military at the time, mainly due to the legacy of segregation—with the exception of the Tuskegee Airmen—this group were brought together as the 555th Airborne Infantry Battalion, hence the Triple Nickles. These guys were slated to be deployed to Europe to reinforce the troops there, but at last minute got sidelined to take part in a secret operation in the US. There was a threat by the Japanese to send incendiary bombs via balloons to the West Coast of the US, with a view to starting large-scale fires. Yes, I mean, as desperate measures go. The 555th would be used to parachute into the area to extinguish the fires before they took hold. I’d love to hear more about the contribution of Black servicemen in the war.”

Wow. I mean, I didn’t know about them. Obviously the Americans, they vacillate enormously about whether to use Black soldiers in combat, don’t they?

James Holland: Yeah, they do. They do.

Al Murray: They had a thing called the Advisory Committee on Negro Troop Policies, that would talk about what they were going to do with Black soldiers.

James Holland: Yeah, it’s interesting. It’s Eleanor Roosevelt who paved the way for the Tuskegee Airmen, because Hap Arnold just says no, absolutely no way. And she says that’s absolutely ridiculous, I want you to make this happen, and gets FDR involved. And it does happen. And the net result is that they’re among the better pilots they have because they’ve trained so hard. It’s the 99th Fighter Squadron that goes out first to North Africa, and then develops into the Tuskegee Airmen and all the rest of it.

Al Murray: Well, this battalion, after the war, the paratroopers went into the US Second Airborne Division, which became the first integrated division. Jim Gavin’s division, of course, became the first integrated division of the American army. So it leads somewhere. But they did do firefighting. They did put out loads of fires. I’ve jumped on the internet to find this out, but they did actually do this job they were given. I mean, it’s extraordinary, isn’t it though? You train people as parachute infantrymen—and we’ve talked about this so much, how expensive airborne soldiers are; they’re volunteers, they’re skin-in-the-game people, they’re possessed of all the marshal qualities you could possibly hope for—and you use them as a fire brigade. Literally, in this instance. It’s completely ridiculous. 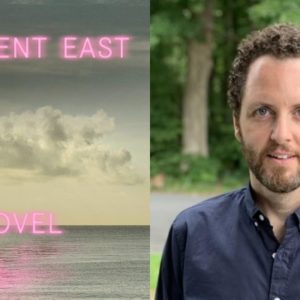 On this week's episode of Well-Versed, FSG/MCD associate editor Jackson Howard talks with Thomas Grattan about his new book,...
© LitHub
Back to top