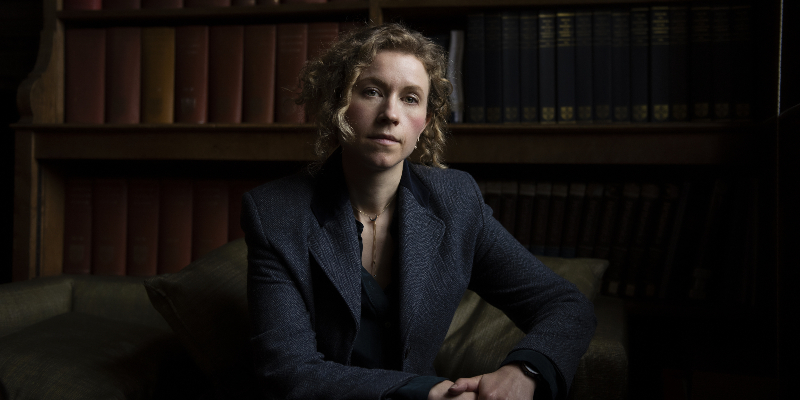 Four feisty young women struggle to make their way in the world, unaware that they are related, in Menna van Praag’s The Sisters Grimm. All have the same father, a demon called Wilhelm Grimm. They differ from each other not only in their culture of origin and their appearance, but in their element affiliation. Each sister is magically aligned with one of the four elements, though not all of them are aware of their powers.

Like many a villain, the incestuous Wilhelm wants only the strongest to survive and become his lovers and fellow fighters, so he will test his daughters before inviting them to join the dark side. Unbeknownst to them, assassins wearing the forms of appealing young men are drawing closer to study their victims and assess their weaknesses, in preparation for combat on their eighteenth birthdays.

The sisters met as children in a strange otherworld named Everwhere, but when they reached thirteen, they forgot their time there. Now they must remember so they can find and support each other before it becomes too late.

Some of the sisters have had childhoods marred by sexual abuse or mental illness. Will they all choose the light, or will Wilhelm Grimm find himself a new favorite daughter who will turn against the others? Assuming any of them survive their assassins…

Gabrielle Mathieu: The Sisters Grimm have a demon father in common, Wilhelm Grimm, who will test them on their eighteenth birthday. He appears mostly as a peripheral, though very disturbing, figure in this book. Tell us a little more about Wilhelm Grimm and why you choose that name for him.

Menna van Praag: Well, he was inspired by the Brothers Grimm. A long time ago I was studying fairytales, and I learnt, which I hadn’t known before, that the Brothers Grimm didn’t write all those fairytales, as I thought they had, but they really appropriated them from folktales, mainly oral folktales that had been told through the centuries, and often were in the circles of women. I thought about how history generally ignores women and overlooks their contributions to creative ventures, and all ventures really, and so I felt that was the spark of the dastardly nature of him. He came from that.

And then I had the idea that all of the fairytale characters were in a way his daughters. I was thinking of Red Riding Hood and Goldilocks and Beauty and the Beast, all of these different fairytale characters who he had sort of birthed and sort of stolen, and they were all linked. That was when I had the idea of them being half sisters and placing them in the real world, and having them need to discover each other and then find their strength in their connection.

Menna van Praag was born in Cambridge, England and studied Modern History at Oxford University. Her first novella—an autobiographical tale about a waitress who aspires to be a writer—Men, Money & Chocolate has been translated into 26 languages. Her magical realism novels are all set among the colleges, cafes, and bookshops of Cambridge.

Revolutions of All Colors 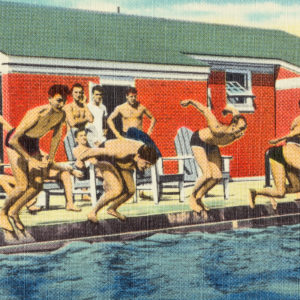