On the Failed Promise of Behavioral Treatment Programs for ‘Troubled’ Teens

Kenneth R. Rosen Talks to Andrew Keen on Keen On

In this episode, Andrew is joined by Kenneth R. Rosen, the author of Troubled, to discuss the brutal emotional, physical, and sexual abuse carried out in America’s behavioral treatment programs.

Andrew Keen: How did you select the people who appeared in Troubled?

Kenneth R. Rosen: I went about interviewing more than 100 of them and just sitting down with them and getting their stories on paper, getting their stories recorded, before I went through them again and found very similar throughlines. A lot of people went to wilderness first—were taken in the middle of the night from their beds by transporters, and then taken to a wilderness program—then went to a therapeutic boarding school of some sort, and then went to a residential lockdown facility. So that was a common trajectory for a lot of the former clients, A. B, a lot of them also came from broken families or situations at home that were less than ideal that started to cause depression, anxiety, PTSD, that then manifested as drug abuse and alcohol abuse and sexual deviance, that led them to getting sent away.

And then lastly, a lot of them ended up in these ravished, upsetting, devastating lives that they could not quite figure out what had happened to bring them there. They weren’t sure why they were still struggling despite being in a program or having gotten some of their stuff together, or having gotten sober and still not quite figuring out how to get out of abusive relationships, and just these little things that reverberated into adulthood. So taking all those threads together, I went back and I said these four people really sort of exemplify the trajectory of a student in these programs, a client in these programs, and what became of them later.

Andrew Keen: You’re a brave man, Ken, I have to say, and an admirable one. I couldn’t have written that book; it would have made me too miserable. How did you cheer yourself up while writing?

Kenneth R. Rosen: I didn’t. I’m waiting for this promotional period to be over so I can decompress a little bit.

Andrew Keen: Yeah. I mean, in all seriousness, it’s a heartbreaking book. You read about these kids who, as you say, are spirited away in the middle of the night. I don’t know whether it’s legal or illegal. They have no idea, no way of going to the law. And then they find themselves in essentially these prisons, which are being paid for by their relatives. It’s a really horrifying story.

Kenneth R. Rosen: What’s really hurtful and really sad to me is that the industry has for so long said that the instances of sexual abuse, of physical violence, are isolated, that they have the built-in carte blanche way of putting aside any sort of culpability by saying, oh, well, these are isolated incidents and we fired the counselor who was involved. Or they were troubled, these kids, these clients, to begin with, so we did our best, but the therapy didn’t take, and ergo, they were bad and they continue to be bad and it has nothing to do with us. And it’s damning because it’s a fair approach to how you would handle public relations, I get that. But it’s just not the case when you have so many children coming out now with stories of abuse, with reckoning with their past, with children who are there now who are ending up dead. We just saw a young man in Michigan, a 16-year-old, died from being restrained.

Kenneth R. Rosen has written for the New Yorker, the New York Times Magazine, VQR, and the Atlantic. He is a contributing writer at WIRED and the author of Bulletproof Vest. He spent six years at the New York Times, his hometown newspaper, and now divides his time between northern Italy and Massachusetts. 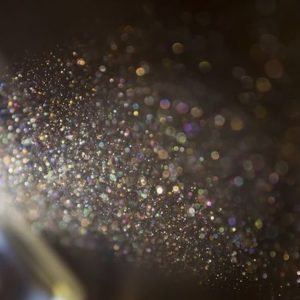 When I was 6 or so Rush Limbaugh was always on the radio, and I was always in the family station wagon running errands with...
© LitHub
Back to top