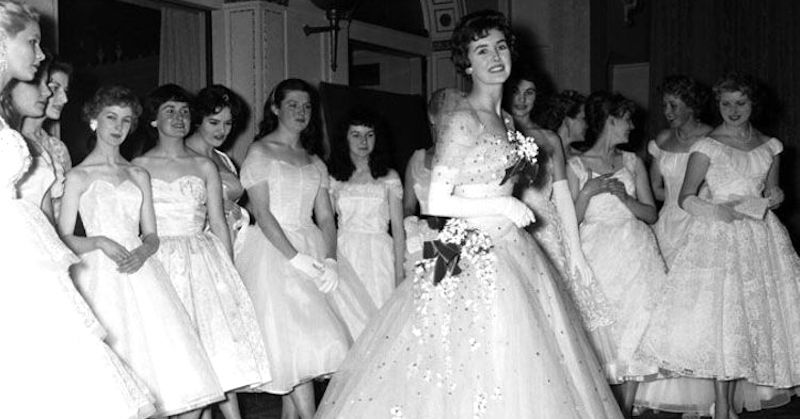 Princess Margaret: “We had to put a stop to it. Every tart in London was getting in.”

In February 1958, the Tatler published its debutante issue, “to help those who are bringing out daughters this year.” There were articles on “fashions for her first season”; pages and pages of photographs of teenage girls looking variously confident, shy, or sullen; and an endless calendar of cocktail parties, buffet luncheons, and coming-out dances. “The social season of 1958 looks like being an exceptionally full one,” wrote the Tatler’s social diarist, “Jennifer.” “To begin with, there are three afternoon Presentation parties at Buckingham Palace instead of the usual two.

These royal parties had once been the entire raison d’ȇtre of the London Season, that period between April and August when the elite and would-be elite came together at a glittering array of social and sporting occasions from opera to Ascot. A debutante’s presentation at court—the queuing, the nerves, the sovereign acknowledging the practiced curtsey with a glimmer of a smile before the deb was quickly moved on so that the performance could be repeated with the next girl, and the next, and the next—this was what marked a young woman’s coming out into Society with a capital S, her arrival on the marriage market, her transition to adulthood, and her admission to a privileged elite.

After social norms had been inconveniently interrupted by the Second World War, presentations at court were revived by George VI in 1947. But the business was less exclusive, less glamorous than before. And it felt uncomfortably anachronistic in a postwar Britain which was struggling with rationing and bomb damage. The presentation party went into a slow decline until finally, in November 1957, the lord chamberlain’s office announced that there would be no more presentations after the following year’s Season. “The present time is one of transition in the sense that the traditional barriers of class have been broken down,” admitted the author of a rueful leading article in the Times the following day. “It has long ceased to be true to say that the Court is the centre of an aristocracy, the members of which form a clearly recognizable section of the community.” Princess Margaret was more succinct: “We had to put a stop to it,” she said. “Every tart in London was getting in.”

A debutante’s presentation at court was what marked a young woman’s coming out into Society with a capital S.

So 1958 was to be the last royal Season, and anxious social commentators predicted that its demise heralded the end of the Season altogether. In fact, the hectic round of social activities continued into the 1960s, with the overlapping worlds of aristocracy and plutocracy simply getting on with the business of bringing out their daughters and advertising their availability for marriage. Traditional fixtures were maintained—Queen Charlotte’s Ball, the Royal Caledonian Ball, both held at the Grosvenor House Hotel in Mayfair—as were the great sporting occasions—Royal Ascot, Henley Royal Regatta, Wimbledon, and the Royal International Horse Show at White City Stadium.

There were also the private events, the cocktail parties, the “small dance” in Holland Park or Hampstead, perhaps shared between two or three debutantes, the grand ball with royal guests. There were around a hundred private dances each year well into the 1960s. Mothers whose own debuts had taken place in prewar days went for familiar venues—stalwarts like the Hyde Park Hotel and Claridge’s, the Ritz, the Dorchester. Others, with impressive addresses in Mayfair or Belgravia or Chelsea, opted for their own town houses.

But around half of the coming-out dances held both before and after the end of presentations at court didn’t take place in London at all. In 1956, for instance, Lady Cynthia Asquith gave a ball for her granddaughter at Stanway House in Gloucestershire, the Jacobean country home of her nephew Francis, Earl of Wemyss and March. Also in Gloucestershire, Mrs J. H. Dent-Brocklehurst gave a ball for her daughter Catharine at the family’s 15th-century seat of Sudeley Castle. The Marchioness of Abergavenny brought out her daughter, Lady Anne Nevill, at Eridge Park in Sussex; Mrs Bromley-Davenport did the same for her daughter at Capesthorne Hall in Cheshire, which had belonged to the Davenport family since the mid-18th century.

The country house was coming to rival the traditional hotel and the Mayfair mansion as a fashionable venue for a coming-out ball, as indeed it had been for years both in Ireland, where the season revolved around the Dublin Horse Show in August, and in Scotland, where the best of the Northern Season’s autumnal entertainments had always taken place in private homes. And while the country house made for a very different experience—guests were more likely to meet with country doctors, inebriated clergymen, and horse-mad matrons rather than the determinedly sophisticated types that might be found at the big London dances—it was usually a pleasant one.

“The best dances were in the country, in some castle or huge house,” remembered Angela Huth, who came out in 1956. Fiona MacCarthy, who came out two years after Angela and, like Angela, went on to forge a distinguished career as a writer, reckoned that “the Season only came alive out in the country.” People dressed less formally and were generally more relaxed. “In the last hour or two of a good party in the country, as dawn rose on dancing partners sleepily entwined on the dance floor in the garden, even girls who had their reservations about the Season felt fortunate indeed.” Angela Huth agreed: “The unforgettable part of the country dances was the return to the house at which we were staying to find the brilliance of the previous evening veiled in early mist, melancholy wisteria drooping more heavily, mourning doves cooing—all so uniquely English that tears came to tired eyes.” 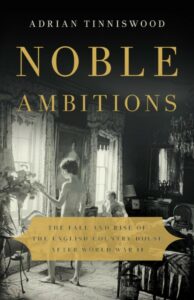 Excerpted from Noble Ambitions: The Fall and Rise of the English Country House After World War II by Adrian Tinniswood. Copyright 2021. Available from Basic Books, an imprint of Hachette Book Group, Inc. 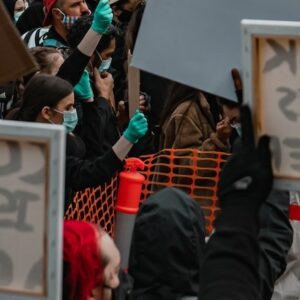