At the End of the Matinee 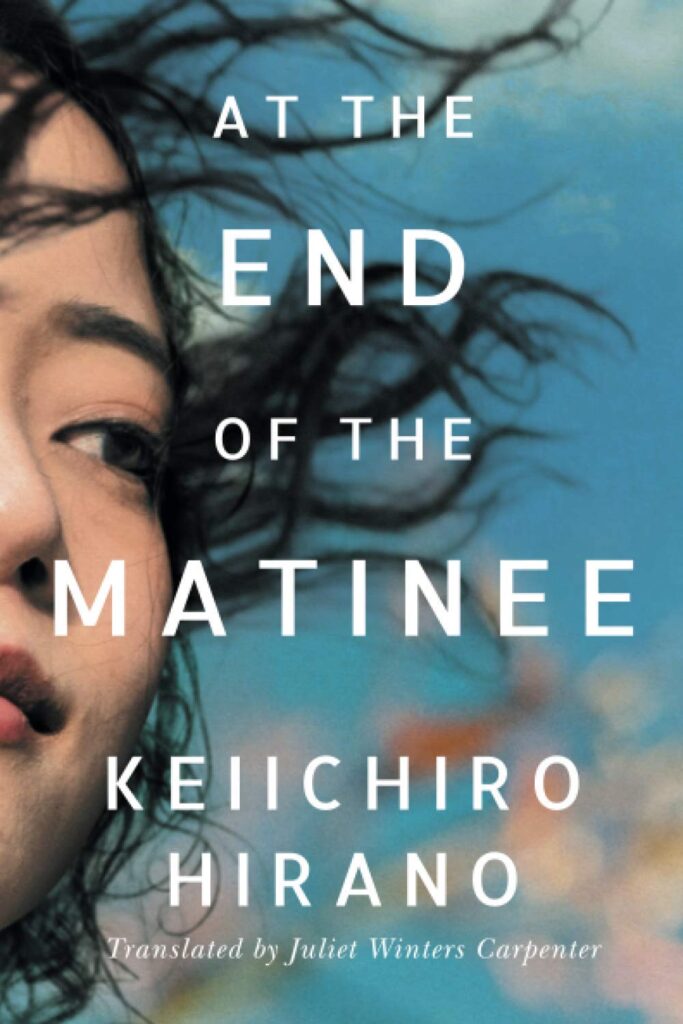 The following is excerpted from Keiichiro Hirano's novel, At the End of the Matinee, translated by Juliet Winters Carpenter. Hirano is an award-winning and bestselling novelist whose debut novel, The Eclipse, won the prestigious Akutagawa Prize in 1998, when he was a twenty-three-year-old university student. A cultural envoy to Paris appointed by Japan's Ministry of Cultural Affairs, Hirano has lectured throughout Europe. His short fiction has appeared in the Columbia Anthology of Modern Japanese Literature.

In 2006, classical guitarist Satoshi Makino turned thirty-eight. To celebrate the twentieth anniversary of his professional debut, he gave an extraordinary number of concerts that year—thirty-five in his home country of Japan, fifty-one overseas.

Tonight was the crowning event of a hugely successful tour. The autumn leaves in the vicinity of Tokyo’s Suntory Hall were just then at their peak, and the trees, lit up by champagne-colored lights, shone brilliantly. A cold wind was blowing, sometimes strong enough to whirl the leaves, but this only kindled greater excitement in the hearts of the people standing outside, bundled in coats, tickets in hand.

Makino’s performance that evening was talked about long afterward.

The main item on the program was Concierto de Aranjuez, which he performed with the New Japan Philharmonic orchestra; for his three encores he played Lauro’s “Seis por derecho,” then his own arrangement of Brahms’s Intermezzo no. 2 in A Major, and finally a Toru Takemitsu arrangement of the Beatles’ “Yesterday.” The instrument he played on was for once not his beloved Fleta but a Greg Smallman guitar.

Ever since his storied debut at eighteen, when he’d taken first prize in the Paris International Guitar Competition, Makino’s performances had always been sure-footed and trouble-free. The past twenty years had demonstrated not only that he possessed talent, but that of the many talents out there, his was singularly fine.

Makino’s listeners frequently forgot to breathe. His stylistic perfection made it impossible to half listen, critics often said, and this wasn’t entirely a compliment—the wry implication was that listening to Makino perform was a bit exhausting.

From the first, he was so excessively good at whatever he played, in any genre, that some thought he lacked commitment and was merely toying with his talent. Others found him thoughtful, partly because of the look of brooding concentration he wore while playing, like a chess player staring at the board.

That night, he showed an insightful understanding of the music with startlingly original interpretations that won listeners over: “Yes, yes, of course!” Even in the third movement of the Concierto de Aranjuez, the music was articulated in such fine-honed and loving detail that every nuance came alive, leading some critics to raise an eyebrow, surprised to discover that a piece so infamously difficult—it seldom sounded impressive, no matter who the performer was—should turn out to possess such charm. In short, the music was so persuasively rendered that, regardless of one’s personal likes and dislikes, it was impossible to find fault with any of it.

At the encore, as if on cue, the audience rose in a standing ovation. While clapping, people leaned backward slightly and thrust their arms forward as far as they could in hopes of getting him to hear them. The height of clapping hands rises in direct proportion to the degree the applauder is moved; this was another thing the audience discovered that evening.

With every curtain call, Makino gave a refined bow of a slightly different flavor. He showed how satisfied and moved he was, not hiding his fatigue. The shy smile on his face, so different from the solemn expression of moments before, radiated the exhilaration he often displayed on television talk shows.

After the concert, the lobby was in an uproar, creating a synergy that convinced people their private impression was right: the performance had been stupendous. People who had come without a companion quickly began sharing their excitement online, standing stock still and causing others to bump into them with annoyance.

The recording of the concert, released afterward as a CD, went on to win that year’s Record Academy Award and sold extremely well for an album of classical music—classical guitar, no less. It was reviewed widely, covered not just in specialty magazines and newspapers but also on television, giving even those with no interest in music the vague notion that that fellow Makino must really be something, all right.

The value of having attended that concert subsequently rose even higher, as Satoshi Makino’s solo performances came to an abrupt halt, ushering in a period of long silence.

Looking back, there was one incident that might have been an omen. After the concert, more people than usual flocked backstage to see Makino, but he kept them waiting for nearly forty minutes. Suspicion mounted that he might have collapsed in his dressing room, but his manager, Sanae Mitani, adamantly refused to let anyone open the door.

Mitani, who had been in her position at Kinoshita Music for a year or so, had recently turned thirty with a resigned sigh. She had a round, pink-cheeked face, short brown hair parted on one side, and black-framed glasses. Her appearance inclined people to treat her like a child, but she was a woman of spirit. Older men in particular tended to fall into one of two camps, either lavishing affection on her or bristling with displeasure.

Before going into his dressing room, Makino had left instructions that no one was to knock on the door. Why he’d said this, Mitani didn’t know, but she faithfully carried out his wishes. Finally, he emerged, apologizing in a droll way: “Sorry to keep you waiting, folks. I don’t know, I just ran out of steam. I guess that’s what happens when you’re coming up on forty.” He twisted his head from side to side to loosen the tendons in his neck.

He had changed into a white shirt subtly embroidered with tiny white stars, a black jacket, and narrow-leg cargo pants in dark moss green. His face looked refreshed and his hair was combed. He was smiling, but his glance darted from face to face as if he were unsure where to look.

His staff was relieved, judging from his expression that he was all right. Afterward, they all remembered seeing a 750-milliliter bottle of Evian water lying empty on the floor. When one of them brought it up, the others chimed in: “Yes, right! That struck me as odd too.” Though what it might have meant, none of them knew.

During the forty minutes he was hidden away, unavailable, most of those waiting had given up and gone home. He exchanged friendly, gracious greetings with the few who had stuck it out. At the end of the line was Keiko Korenaga, his contact at Jupiter, chatting with a woman with pretty hair.

Long before the two women’s turn came up, Makino was aware of them, glancing their way more than once. More precisely, it wasn’t “them” he checked out but rather Korenaga’s unknown companion. From the stage he had noticed her, having spotted her sitting in the orchestra section. His gaze, searching for Korenaga, had been drawn to the woman at her side and lingered there, his interest piqued by the small, fair face whose features he couldn’t quite make out.

Lustrous black hair fell to her slightly square shoulders and crossed in front, the way a woman crosses her ankles. Her nose was well defined, eyes not deep set, eyebrows a pair of serene arcs. Her large eyes turned down slightly at the corners and crinkled when she smiled, giving her the air of a mischief-loving boy. Wound around her slender, pale neck was a scarf with a design of flowers scattered on a checkered background of black and pale green. Her lightly distressed jeans looked good on her long, straight legs.

Makino ended up studying her longer than was prudent. Then, when it was finally their turn and she stood before him, he hastily slid his gaze over to Korenaga at her side. After speaking words of praise and appreciation, Korenaga introduced the woman. “This is Yoko Komine. She’s a reporter for the French news agency RFP.”

On the Counterintuitive Appeal of the Literary Time Loop 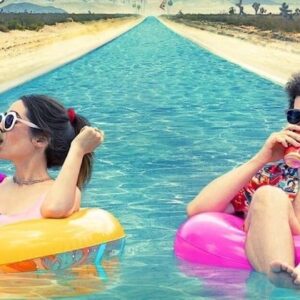 On the Counterintuitive Appeal of the Literary Time Loop On a snowy February night in 1910, Ursula Todd is born. But something goes wrong: the umbilical cord is wrapped around her neck...
© LitHub
Back to top