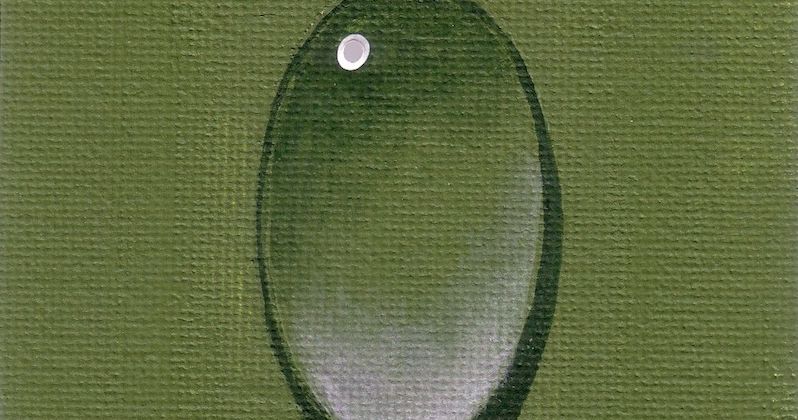 David Marquis Considers the Force of a Single Water Drop

If you had enough people with enough eye-droppers, you could drain the oceans. One person after another stepping forward, bending down, filling their eyedropper, squeezing the contents into a bucket, passing the bucket back along an assembly line deep into the heartland where each bucket of salt water would be filtered through some kind of desalination device because, after all, you can’t drink sea water or pour it onto crops.

It would be an altogether impractical and even futile undertaking, but you could do it.

It is possible because the ocean is made of the same building material as rivers. It is made of drops, and the drops of molecules. The drops, when gathered into a torrent, can either solve or create problems. A tsunami is a problem. A stream powering a gristmill to grind grain made it possible not only to eat but to store food.

We come from water, we evolved with water. Our ancient ancestors’ brains had to adapt to and interact with the water around them, whether a Navajo in the desert or a Samoan on a Pacific island.

The ancients had no science, yet saw it, knew it. Understood.

People become cohesive in order to stem the flood of cohesive drops. They take on the properties of water in order to hold back the water.

The entire Pacific Ocean is nothing more than a collection of drops moving together like the liquid notes of an eternal symphony.

Water moves in this fashion because of its capacity for cohesion. The drops stick together.

Paint, for example, has adhesive properties. Additives cause it to adhere to wood and metal and plaster and sheetrock, but the water, the most prevalent liquid in the paint, is cohesive by nature.

Water evaporates, or, with the slightest slant or angle, flows away. It goes on.

Cohesion provides power. When rains come and do not cease, causing rivers to rise and flood, people come together and form lines, handing sandbags one to the next to the next trying to protect the community. People become cohesive in order to stem the flood of cohesive drops. They take on the properties of water in order to hold back the water.

The river is coherent.

It is not only drops en masse that have power but the persistence of individual drops. One drop after another can not only wear away rock but can also keep us awake at night when dripping from a broken faucet or a thawing, frozen pipe.

Is anything more annoying than a person—an activist, an agitator, or even a beloved child—who won’t let go of an issue or a point of contention but keeps bringing it up over and over?

Throughout history, famous drops have persisted, irritating the powers that be—or were until enough drops deposed or exposed them—or fomenting change and in some cases going beyond change to revolution because they simply kept on dripping.

These are the drops that, when forced up against the rock wall of injustice, bitterness, hatred, or even indifference, find a way through, over, or around in order to fulfill their purpose of moving on, of seeking and finding a path forward, powering through.

Some drops persist and become legendary. Others persist and while less renowned achieve eternal impact nonetheless.

One drop breaks free from the others, and, from the path it takes, draws others to itself.

When the dam fails, the river succeeds. The accumulation of coherent drops has won.

In 1980 a Polish electrician named Lech Walesa climbed over a fence at the Gdansk shipyards and formed a trade union organization called Solidarity. Nearly a decade later, in November, 1989, the Berlin Wall fell, and the Soviet Union slid downhill until its dissolution in 1991.

The drops have power. The insistence of their pinging, their refusal to stop, to be controlled or subjugated, is the genesis of their power.

Consider the dam. Dams do not break all at once. The last drop breaks the dam.

The first begins to wear it away.

Without the first, the power of the dam does not erode. Cracks in the power structure neither take hold nor widen. The same is true of our lives. The structures we put in place, from jobs to relationships—even marriages, for example—do not simply burst in a flood. They are more likely to wear away, one drop, one comment, one word said or unsaid, that erode the supposed permanence of the structure.

And when the dam fails, the river succeeds. The accumulation of coherent drops has won.

It has worn away the bulwark, and change rushes through.

The unyielding presence yields if enough drops gather and cohere. Their force will and must move forward.

The drops ping and resonate as they fall. They gather. 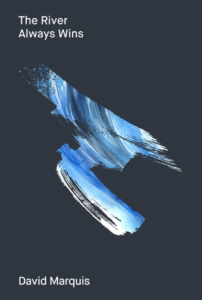 Excerpted from The River Always Wins. Used with the permission of the publisher, Deep Vellum. Copyright © 2020 by David Marquis.

David Marquis grew up on the high, dry plains of West Texas listening to family stories of the Dust Bowl and the Great Depression, of World War II and starting over after years of lean times. He owes his love of a good story, his sense of social justice, his ties to nature and the land, and his first-hand experience with both strong women and strong men to his family.

Behind the Mic: On Good Husbandry by Kristin Kimball, Read by the Author

Erika Rummel on 16th-Century Italy and The Road to Gesualdo 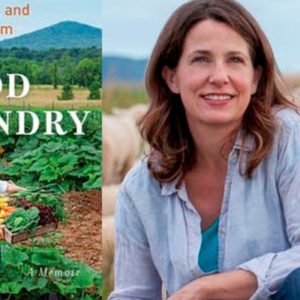 Behind the Mic: On Good Husbandry by Kristin Kimball, Read by the Author