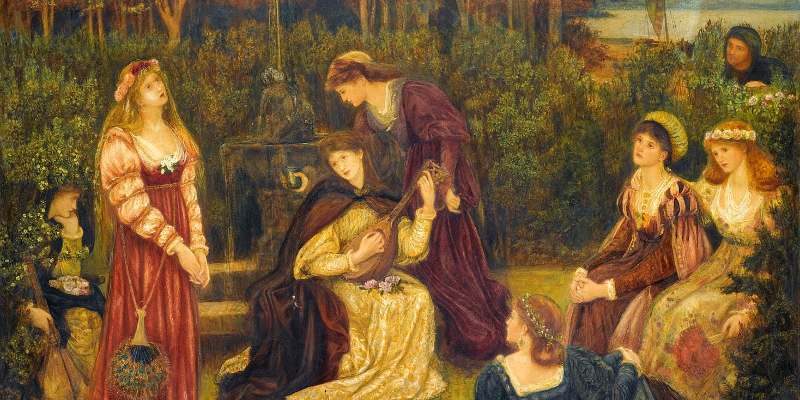 Erika Rummel on 16th-Century Italy and The Road to Gesualdo

The Italian Renaissance introduced—or reintroduced—many valuable concepts to society and culture, giving rise eventually to our modern world. But it was also a time of fierce political infighting, social inequality, the subjugation of women, religious intolerance, belief in witchcraft, and many other elements that are more fun to read about than to experience. In The Road to Gesualdo, Erika Rummel draws on her years as a historian of the 16th century to bring this captivating story to life.

When Leonora d’Este, the daughter of the powerful family running the Italian city-state of Ferrara, receives orders from her brother to marry Prince Carlo of Gesualdo, she accepts the arranged match without protest. Her lady-in-waiting, Livia Prevera, does not. Prince Carlo, Livia argues, must have a secret, because the courtiers of Ferrara get quiet whenever his name comes up. Only after the wedding ceremony does Leonora discover that Livia is right. Prince Carlo murdered his first wife and her lover after finding them in bed together, his legal right at the time but an act committed with sufficient savagery to cast doubt on his mental health.

At first, Carlo and Leonora establish a bond through their love of music, but as time goes on, Livia becomes ever more concerned about a series of threats to her own health and, by extension, the future of those she cares about. Meanwhile, Pietro, the man she loves but cannot marry due to poverty on both sides, has been sent to Rome on a mission for Leonora’s brother: to discover whether the Gesualdo family really holds the power the d’Este clan expects and requires. Part of Pietro’s mission involves an arranged marriage with the daughter of a wealthy diplomat. Surrounded by plots and treachery, Livia and Pietro struggle to balance the demands of love, loyalty, and practicality—always hoping that fate will bring them together once more.

CPL: Let’s start with Carlo Gesualdo, who was a historical figure—in fact, an acclaimed musician with a tragic history. Tell us about his past, as it is revealed early in this book.

ER: Well, Carlo Gesualdo’s back story is rather nasty. He caught his wife in bed with her lover, and he murdered them both. Now this was lawful in the 16th century. He had a right as a nobleman to avenge this insult to his name and to the honor of his family. But just because it was legit doesn’t make it morally right. You already mentioned that he was a musician. He also struggled with mental problems. In modern terms, we would say he was a drug addict. In the 16th century, in the eyes of his second wife, Leonora d’Este, he was bewitched. In fact, she managed to have his dealers convicted of witchcraft.

CPL: The protagonist of the novel, however, is Livia Prevera. I’m assuming she is your creation. Why did you choose her as your main character?

ER: Yes, Livia is my creation—and she’s my kind of woman. I wanted a balance to the pliable and tradition-bound Leonora, and Livia provides that balance. She is an independent thinker, strong-minded, courageous, and willing to run risks for a cause or for the people she loves, even to the point of endangering her own life.

CPL: Livia loves Pietro Paci. What is his story?

ER: Livia and Pietro love each other, and this would make for a happy story, except that neither of them has any money. Pietro’s family expects him to marry an heiress and to make a career as a diplomat at the court of Ferrara.

CPL: As noted, this novel includes both historical and fictional characters. What does that mean for you as an author in terms of the research you need to do and the crafting of your book?

ER: Well, I have done extensive research for my historical novels, but as a novelist I don’t feel that I have to stick with the historical truth in all its details. I want to give my readers a sense of what it was like to live in the 16th century, but it’s fiction, not a history book. In real life, Leonora and Carlo were not a happy couple, but I indulged my fantasy and gave them a nice arc and a happy ending. That’s my gift to the reader. 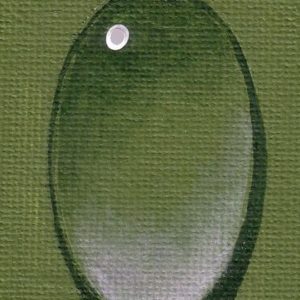 If you had enough people with enough eye-droppers, you could drain the oceans. One person after another stepping forward,...
© LitHub
Back to top