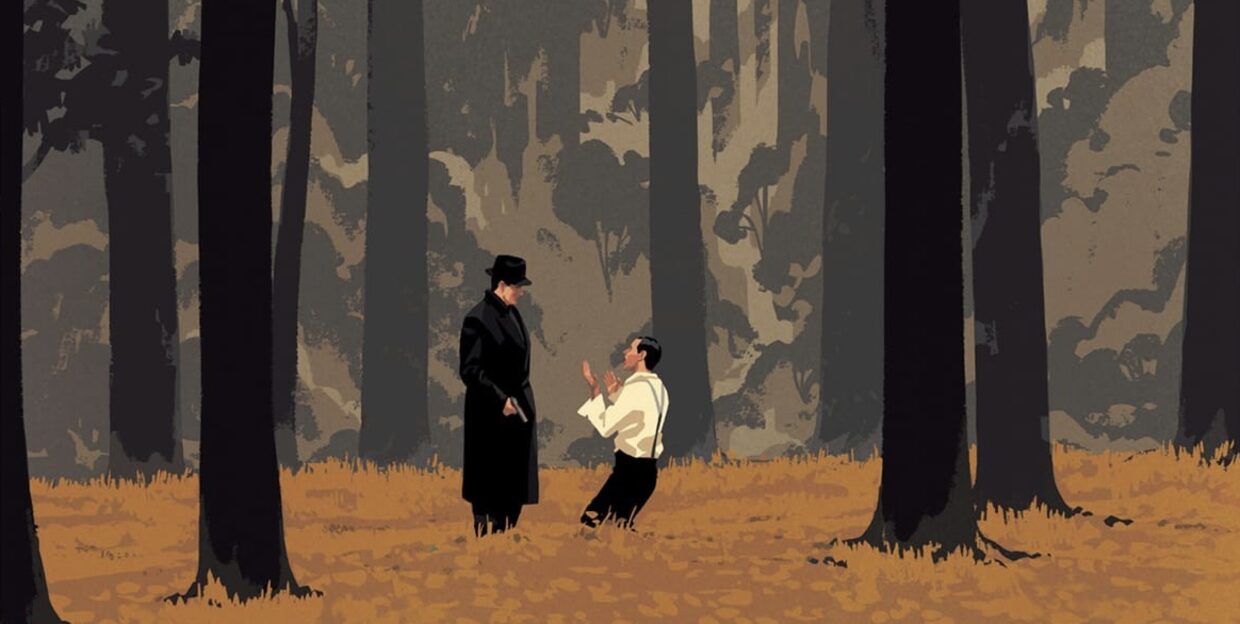 Miller’s Crossing, the Coen Brothers’ 1920s-era gangster ballad, is full of unbearable wetness—not simply because it is about Prohibition, but also because it is so often about liquid. It’s a film full of rain, tears, phlegm, vomit, blood. Its opening sensations—of scotch being poured over ice cubes in a tumbler, then of those same ice cubes lapping and rattling incessantly in their glass while sweaty Italian gangster Johnny Casper (Jon Polito) delivers a spitty, raspy, gulping monologue—ignite such an unpleasant cacophony of babbling fluids that you might feel sick by the time the scene ends.

Miller’s Crossing, which hit theaters in 1990 but has just been re-released as part of the Criterion Collection, is a masterful acid reflux attack of a film—incredibly damp and burning all at the same time, everywhere and in every which way, full of characters who reach for the very thing that made them ill in the first place, to wash all the trouble right back down

Rarely does a film’s texture so perfectly pair with its plot and theme. The film is about vitriol, acrimony—but viscerally so. It starts when Casper begs the town’s leading political boss, a venerable Irish mobster named Leo O’Bannon (Albert Finney), to let him knock off a Bookie named Bernie Bernbaum (John Turturro) who has not been abiding by Casper’s orders to fix certain boxing match outcomes. Casper’s insistence that Bernie is the malefactor in his operations (without much evidence) seems more rooted in his own antisemitism than Bernie’s wrongdoing. But he’s got a bad feeling about him, and wants him rubbed out.

Casper pays Leo for protection, but Leo won’t accommodate Casper by double-crossing Bernie because he has feelings for Bernie’s sister Verna (Marcia Gay Harden). Leo’s loyal, straight-talking, hard-drinking advisor Tom Reagan (Gabriel Byrne) warns him that this will embroil him in a gang war, which it ultimately does.

It would be easiest for everyone if Leo and Verna broke things off, especially since Tom is also sleeping with Verna, but Tom’s efforts to split them up do not work. Soon, Casper’s men come to Leo’s home with intent to kill him. This scene, the film’s standout, is a machine-gun-fight in a burning mansion set to Frank Patterson’s poignant vocal performance of “Danny Boy”—marrying brutality, elegance, and bodily agony to such an exaggerated degree that it almost seems grotesque. But Miller’s Crossing is indeed grotesque—a twisted, complicated conflagration of violence that erupts from several small personal problems. After this scene, the battle of the mobs begins in earnest.

The film is saturated with double-crosses; betrayals as responses to being betrayed. Everyone makes the same mistakes again and again, curing their hangovers by tossing back more booze. It alternates between melodrama and stone-cold noir—with many of its characters, and especially its stony, wisecracking protagonist Tom, making conscious efforts to project indifference, trying to quell any inkling of sentimentality. There are characters in the film who have come to terms with their love for other men—namely, Eddie “The Dane” (J.E. Freeman), Casper’s main stooge, who is having a relationship with Mink (Steve Buscemi) and wants everyone to know it. But Tom, who will do anything for Leo, winds up placing himself in situations that destroy him physically either as demonstrations of how much he cares for Leo or as self-inflicted punishments for caring so much—he takes so many beatings throughout the film that by the end, it’s a wonder he can still stand.

The film’s emphasis on bodily fluids and physical sensations (especially pain) roots its audience in a hyper-awareness of the human anatomy and its feelings; while the characters try to feel and sense nothing, the audience is made to feel and sense everything.

The Coens consider Miller’s Crossing an adaptation of two Dashiell Hammett novels, The Glass Key and Red Harvest, but this relationship seems to exist more in spirit than in textual fidelity. But Miller’s Crossing is curious and clever where it alternately subverts and adheres to the rules of noir, especially regarding the film’s central love story. Because Tom and Leo orbit one another individually while also existing in the same love triangle, among many other reasons (including its ubiquitous liquids) the movie lends itself to many productive homoerotic readings as it unspools the subtext of noir’s insistent heterosexuality.

Everyone makes the same mistakes again and again, curing their hangovers by tossing back more booze.

Another kink in the film’s noir tone is its unrelenting playfulness. There are scenes which contain flashes of slapstick or feature absurd background characters. But there is one special effect that is the most playful of all: the film’s most delicate, charming, and yet knowing motif is that Tom’s fedora often leaps off his head; it happened in a dream once, he tells Verna, and in the dream he let the hat float away on the breeze. Yet in life, whenever his hat is knocked off, Tom finds himself unable to do anything but put it back on again.

Miller’s Crossing has its fair share of these moments of fancy—of dreamyness and lightness. Most of them manifest in delicate breezes or other moments of natural calm; when walking through the lush woods during the film’s most tense scene, the anxious Tom (who is so nervous he pukes on the forest floor), looks up at the sky, which, despite the film’s cloudy and foggy climate, is bright blue above the trees. But he has been to these woods before, and nothing good came of it then.

Déjà vu looms over the movie—its characters repeat themselves over and over, crossing back over their tracks, bringing themselves back to the same places, until the moment their pasts catch up with them. The same lines are uttered again and again. “What’s the rumpus?” characters ask one another in what feels like every scene. “Don’t give me the high hat!” Casper warns someone nearly every time he appears. Trees, which glow thickly, ripely in the backgrounds thanks to cinematographer Barry Sonnenfeld, appear and reappear each time a character is scheduled to die, representing this looming Sisyphean element better than no other (also, the spot in the woods where the mobsters whack their marks is literally called “Miller’s Crossing,” a phrase which hangs over the film like no other).

But for the most part, the characters of Miller’s Crossing don’t know how to break free of their patterns, or even give into the feelings that have gotten them stuck in those patterns in the first place. The film, with its rain-slicked suburban streets and foggy forests, is a swamp, and its characters are mired deep.

Tom is frequently told he doesn’t have a heart, but he does; he loves Leo’s girl Verna, but mostly he loves Leo. His refusal to confront it leaves him a bloody, greasy, vomiting, alcoholic mess constantly retracing his footsteps back and forth between both warring mobs. It’s what keeps placing him in harm’s way, pulping, pulverizing him within an inch of his life, all while he stays silent and distant. Though the audience is made to feel Tom’s tremendous pain, experience Tom’s searing sicknesses, it’s still clear how he thinks things are better this way—no amount of sucker punches to the kidneys or blood squirting up your throat burns as much as a broken heart. 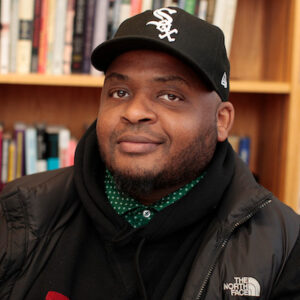