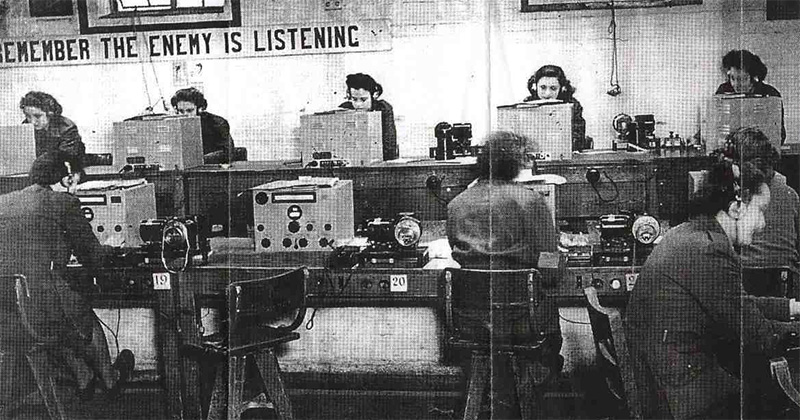 On the British Brothers Who Infiltrated Nazi-Occupied France

"Theirs Would Be a Lonely Struggle"

The German occupation of France, as Dickens wrote of the French Revolution, was the best and the worst of times. The defeat of the French Army in June 1940 challenged Frenchmen and -women to choose between courage and cowardice, rebellion and compliance, freedom and slavery. The worst collaborated with their occupier to enjoy the rewards that power afforded. The best and bravest resisted, turning for support to the ancient enemy, England. The British sent arms and, just as important, men and women to organize disparate French ranks into effective forces.

As far as the public knew, the organization providing the resources for resistance, Special Operations Executive (SOE), did not exist. And until July 16, 1940, it didn’t. Britain’s new prime minister, Winston Churchill, created it, as has often been quoted, to “set Europe ablaze.” SOE was something new for Britain, with its vast experience of counter-insurgency in the empire. When Germany seized most of the European continent, the British backed the kind of rebels they suppressed in their colonies. SOE’s models were Lawrence of Arabia, organizer of Arab irregulars against the Ottoman Turks in Syria, and the Irish Republican Army that had expelled the British from southern Ireland 20 years earlier.

SOE’s London headquarters at 64 Baker Street bore the innocuous name Inter-Services Research Bureau. Staff signed the Official Secrets Act that prohibited disclosure of their activities, even to their families. The organization, which reported to the minister of economic warfare, Hugh Dalton, became a rival of the older spy agency known as the Secret Intelligence Service (SIS), or MI6. MI6 resented the intrusion of amateurs onto its turf despite the clear demarcation of objectives: MI6 gathering intelligence in secret, SOE conducting violent operations behind Axis lines. MI6’s method was “hush-hush,” while SOE went for “boom-boom.”

Every country under Axis rule, from the Far East to France, came under a “section” of SOE that recruited, trained, and armed local populations to oppose occupation. The chief of SOE’s French Section (F-Section), Colonel Maurice Buckmaster, was an astute commander and a good judge of personnel. He had studied at Britain’s elite Eton College and was about to enter Oxford University when his father’s sudden bankruptcy interrupted his education. He moved to France and mastered the language so well that he wrote as a journalist for the French newspaper Le Matin. Later, as assistant manager of the Ford Motor Company in Paris, he studied the country’s road and rail networks, information that later would serve him well. Buck, as friends and associates called him, enlisted in the army at the outbreak of war, did basic training in England, and returned to France as part of the British Expeditionary Force to deter a German invasion.

When the blitzkrieg invasion came, he retreated with his comrades from Dunkirk to England in June 1940 and took command of F-Section in March 1941, at the age of 31. One of his operatives wrote that he was a “tall man, with a gentle, slightly self-deprecatory manner and eyes which, later in his life, suggested he had seen nearly everything. . . . [He] worked on average some 18 hours a day.” His primary concern, wrote SOE signals chief Leo Marks, “was for the safety of the agent.”

The first agent that SOE smuggled into France was radio operator Georges Bégué in May 1941, less than a year after Britain evacuated its armed forces and intelligence assets from the Continent. More infiltrations, of men and women, followed by parachute, submarine, sailboat, and Westland Lysander light aircraft that landed on occupied soil at great risk. The typical SOE team consisted of an organizer, a radio operator (W/T for wireless telegrapher), and a courier. Wireless telegraphers tapped out letters in Morse code to maintain links with London, while couriers carried messages on bicycles, buses, trains, and cars from organizers to field agents. Couriers were often women, whom the Germans scrutinized less than military-age men.

A French intelligence inspector had doubts about the arrangement: “Only the English could have sent their agents out in teams of three, consisting of two men and a girl, without taking account of the fact that it raised a question of which should be the friend of the girl.” The three-member teams ran regional circuits, named for professions that were capitalized in internal communications: BUTLER, FIREMAN, AUTHOR, and so on. The circuits, or networks, recruited Frenchmen and -women to conduct sabotage against the Nazis and, more important, prepare to attack the Germans from the rear when the Allies invaded France.

Among those dispatched in secret to France were the brothers George and John Starr, whose American father and grandfather had resettled the family in the mother country before the First World War. Theirs would be a lonely struggle, cut off from the wives and children they loved, deprived of the comradeship of a regular military unit, and on their own behind enemy lines, far from sources of supply. If captured, F-Section would not be able to protect them from inevitable torture and probable execution. The title of Buckmaster’s memoir, They Fought Alone, encapsulates George and John Starr’s experiences in occupied France.

France teemed with traitors, informers, collaborators, and opportunists liable to betray them. Some Frenchmen cooperated with the Germans out of loyalty to their idea of a France cleansed of the corruption that led to the defeat of 1940. Others curried favor with the occupier in the hope of advancement. Many used the occupation to settle old scores. The Starr brothers could rely on only a handful of men and women whose patriotism or stubbornness made them risk savage torture, summary execution, or slow, humiliating, and anonymous death in concentration camps.

The occupation set French against French as brutally as had the Revolution, Dickens’s age of wisdom and age of foolishness. The Armistice that France signed with Germany on June 22, 1940, partitioned the country along a Line of Demarcation into regions of direct German occupation in the north and an autonomous French regime in the south, the so-called Zone Libre, or Free Zone, with its capital at Vichy. The physical separation was only one of many factors dividing the French after their defeat. The others were political, ideological, and personal. Navigating the ambiguous political landscape would be as important to the Starr brothers’ survival and success as finding safe houses, caches for weapons, and locations for shortwave radio transmitters.

“In the eyes of the French people,” wrote Olivier Wieviorka, one of the finest French historians of the Resistance, “the regime certainly enjoyed a strong legitimacy.” France’s Third Republic had voted itself out of existence on July 10, 1940, and handed power to the First World War “hero of Verdun,” the aged Maréchal Philippe Pétain. “Joining the resistance therefore amounted to stepping outside the law, a risk that Dutch, Belgian, and Norwegian citizens did not face, since their governments had taken exile in London,” wrote Wieviorka. The United States recognized the Pétain regime and appointed a senior naval officer, Admiral William D. Leahy, as its ambassador to Vichy. Many Frenchmen believed that fidelity to France demanded allegiance to the legal government. Patriots who responded to the appeal on July 18, 1940, from French general Charles de Gaulle in London “to listen to my voice and follow me” were rare. Indeed, most of France was unable to hear the general’s broadcast. The French Army convicted de Gaulle in absentia of treason and sentenced him to death. Vichy declared its underground opponents “terrorists,” subject to the death penalty.

The French people thus fell into three categories: résistants, who fought the Nazis and the Vichy regime; collabos, who worked with Germany and Vichy; and the great majority, attentistes, who waited to see who would win. The obvious pool of potential résistants, more than 1.5 million of the nation’s young men with military experience, languished in German prisoner of war camps. SOE instead looked for support among the minority who had evaded capture or had not served in the army. Complicating matters were rivalries among the many Resistance movements. Some were loyal to de Gaulle. Others favored another French general named Henri Giraud, who escaped from a German prisoner of war camp to become America’s preferred leader over de Gaulle, whom President Franklin D. Roosevelt detested. Many belonged to organizations affiliated with the Communist Party, which did not support resistance until Hitler attacked its Soviet sponsor in June 1941. There were also socialists, royalists, and Freemasons. Many factions stole weapons from one another, and they clashed violently over ideology, strategy, and territory.

While British agents like George and John Starr learned how to kill, training schools could not teach them whom to trust. They had to understand the sentiments of the French and to rely on their feeling for human beings more than on anything in SOE’s instruction manuals. Their lives and the fate of the Resistance depended on it. 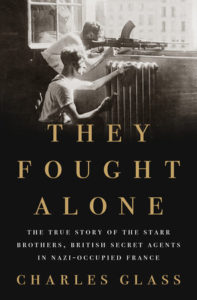 From They Fought Alone: The True Story of the Starr Brothers, British Secret Agents in Nazi-Occupied France by Charles Glass. Published by arrangement with Penguin Press, a member of Penguin Random House, LLC. Copyright © 2018 by Charles Glass.

Charles Glass is the author of Americans in Paris, Tribes with Flags, and The Northern Front: An Iraq War Diary, among other books. He divides his time among the south of France, Tuscany, London, and the Middle East. 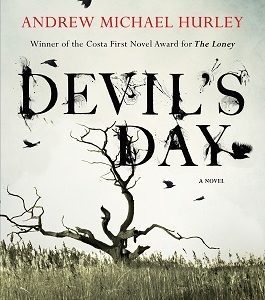 The Blizzard One late October day, just over a century ago, the farmers of the Endlands went to gather their sheep from...
© LitHub
Back to top
Loading Comments...