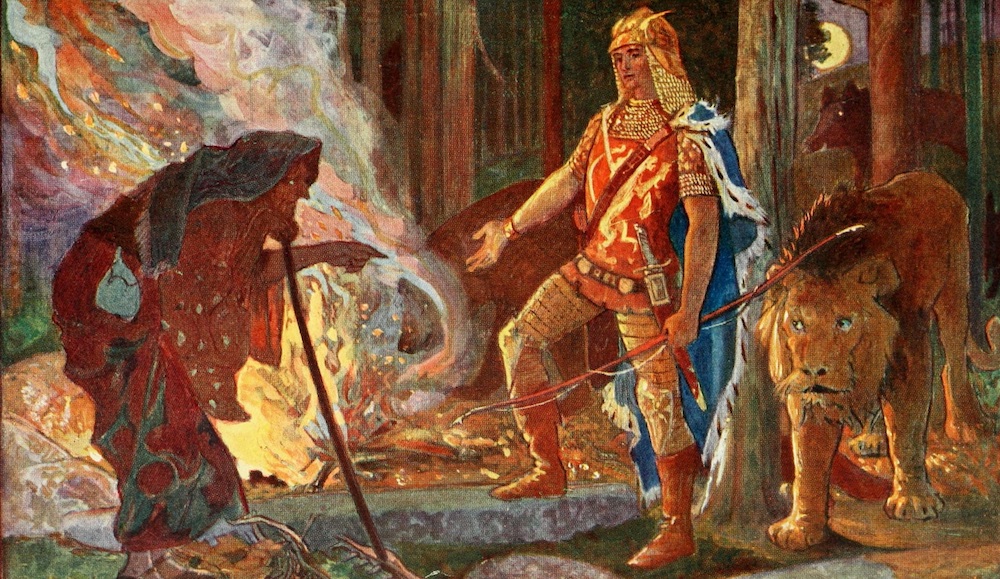 Fantasy, like any form of fiction or mode of fiction, can contain multitudes. At least, that is what we found when researching and compiling The Big Book of Modern Fantasy. In one sense, our task was made easier by the sheer immensity of the project: at 500,000 words, our anthology is the single largest post-WWII collection of fantasy stories ever published.

However, that word, “multitudes,” made some of the decisions very difficult. Because one thing you discover as editors is a depth and richness to fantasy fiction that truly staggers the imagination. Nascent and early fantasy as collected in our prior The Big Book of Classic Fantasy felt like a simpler task due to the amount of time that has passed to let classics and hidden gems come to the surface and lesser works to fade. Although our usual self-imposed ten-year cut-off date—2010, in this case—does help provide necessary perspective.

The logic behind our process for The Big Book of Modern Fantasy meant continuing to explore humor in a fantasy vein in the modern volume while also including a surprising number of stories directly relevant to the politics and social questions of the age. (Perhaps in some sense the cliché of fantasy as escapist is out of date, given the evidence.) While there are in the final table of contents plenty of stories about dragons, there are also a fair number of stories detailing the “secret life of objects.”

Many of these tales reboot or update the idea of the folktale or fairytale while grappling with modern issues. For example, Argentine writer Sara Gallardo’s “The Great Night of Trains” features characters that are trains, but is really about revolution. And not to be outdone, on the talking creature side, a real gem like Guyanese writer Edgar Mitteholzer’s “Poolwana’s Orchid” isn’t just about insects and plants that converse. It’s about prejudice, greed regret, and friendship.

As anthologists covering wide subjects like “fantasy,” you want your stories to have weight, you want them to mean something. To be relevant to a modern audience when possible. But another anchor is, of course, the sheer sense of play that pervades many of these tales. Maurice Richardson’s “Ten Rounds with Grandfather Clock” is, although tinged with satire, at heart just simply a surrealist hilarity about a boxing match with a clock. Does it need to be more? Or Terry Pratchett’s “Troll Bridge,” which takes a humorous (but loving) jab at the entire fairy tale genre.

Some stories you become so fond of you just love them unconditionally by the end of the process. Most of them are stories that held up to your re-reads over and over, while revealing something new every time. “The Youngest Doll” by Puerto Rican writer Rosario Ferré, is a cautionary story told in a manner familiar to readers of fairy tales. Published almost five decades ago, it still resonates today with its commentary on women’s rights and income equality.

“Five Letters From an Eastern Empire,” by Scottish writer Alasdair Gray is playful in its telling, yet biting in the satire in how it portrays government officials and organized religion. Ramsey Shehadeh’s “Creature” is a favorite of ours, introducing a horrifying yet friendly monster, described so joyfully, who takes a young girl under their protection and helps her navigate through a post-apocalyptic future amid the destruction perpetrated by humankind.

The truth is, a book of modern fantasy is a treasure trove of marvels, a cabinet of curiosities, and, perhaps more importantly, a strong, strong testimony to the importance of imaginative literature, of non-realist literature, and of traditions other than the Anglo Saxon. We, personally, have been enriched by these stories and lifted up by them. We hope readers will find their own favorites and fond memories from reading herein.

The anthology’s table of contents is below. If unnoted, the contributor’s country of origin is the US or UK.

Aimee Bender, “End of the Line”

Italo Calvino, “The Origins of the Birds” (Italy), translated by William Weaver

Angela Carter, “Alice in Prague or The Curious Room”

Samuel R. Delany, “The Tale of Dragons and Dreamers”

Manuela Draeger, “The Arrest of the Great Mimille” (France), translated by Brian Evenson and Valerie Mariana

Rikki Ducornet, “The Neurosis of Containment”

Jeffrey Ford, “The Weight of Words”

Sara Gallardo, “The Great Night of the Trains” (Argentina), translated by Jessica Sequiera

Elizabeth Hand, “The Boy in the Tree”

M. John Harrison, “The Luck in the Head”

Zenna Henderson, “The Anything Box”

Tove Jansson, “The Last Dragon in the World” (Finland), translated by Thomas Warburton

Victor LaValle, “I Left My Heart in Skaftafell”

Tanith Lee, “Where Does the Town Go At Night”

Ursula K. Le Guin, “The Ones Who Walk Away from Omelas”

Patricia McKillip, “The Fellowship of the Dragon”

Pat Murphy, “On the Dark Side of the Station Where the Train Never Stops”

Garth Nix, “Beyond the Sea Gate of the Scholar Pirates of Sarsköe” (Australia)

Rachel Pollack, “The Girl Who Went to the Rich Neighborhood”

Han Song, “All the Water in the World” (China), translated by Anna Holmwood

Margaret St. Clair, “The Man Who Sold Rope to the Gnoles”

Amos Tutuola, excerpt from “My Life in the Bush of Ghosts” (Nigeria) 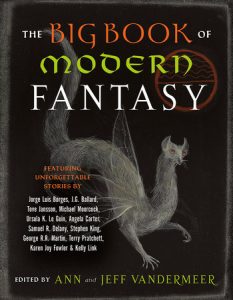 The Big Book of Modern Fantasy, edited by Ann and Jeff VanderMeer, is available from Vintage.

Ann VanderMeer currently serves as an acquiring editor for Tor.com and Weird Fiction Review and is the editor-in-residence for Shared Worlds. She was the editor-in-chief for Weird Tales for five years, work for which she won a Hugo Award. She also has won a World Fantasy Award and a British Fantasy Award for coediting The Weird: A Compendium of Strange and Dark Stories.

Jeff VanderMeer is the New York Times bestselling author of the Southern Reach trilogy, the first novel of which, Annihilation, won the Shirley Jackson Award and was made into a film by Paramount Pictures. His recent novel Borne has been selected for the NEA Big Reads program and was a finalist for the Arthur C. Clarke Award. 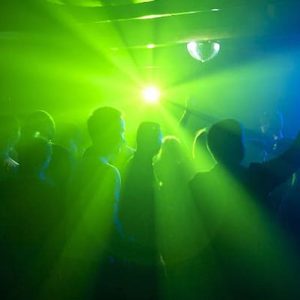 I was stuck. It was early 2017 and, after closing an issue of the magazine I was editing, I had more time to work on my unfinished...
© LitHub
Back to top
Loading Comments...