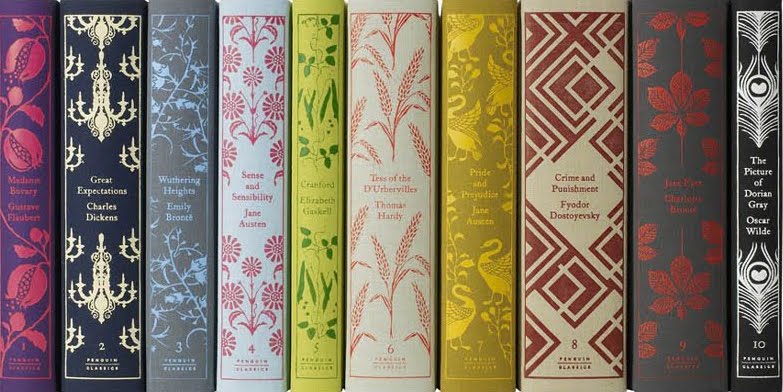 On the Beauty of Book Spines

The Best Part of a Book is Sometimes Its Backbone

Entering a bookstore is an exercise in intrigue. Even if the visit is dedicated to locating a specific book one has anticipated and planned to buy in advance, it might only be known to the scourer by its author or its title. Thanks to the internet, its cover might already be familiar; one might be ready to make it out on a display table. But that is not how the majority of books are presented—their encounters with potential readers comes at a much more vulnerable angle.

Books at Amazon’s new brick-and-mortar bookstore face outward. Visitors can recognize their covers and passively absorb their star-ratings without getting involved. Dustin Kurtz, in his visit to the store as he described it at the New Republic, mentioned the resemblance this method of storing books bears to browsing Amazon.com.

Emphasizing the cover distinguishes books from one another but also homogenizes them, renders a book into one among many. By affording one the opportunity to recognize a sought-out book by the sight of its cover, the facet of physical books that endow book-buying with its romance and mystery, that truly distinguishes one book from another, is neglected: the spine.

When attributed to humans, the spine is a guide and a source of integrity. One possessing of a spine will be alert to risks and obstacles that the spineless are not. Displayed from the spine, books demonstrate their integrity, their substance.

The heartiness of a spine like Ferrante’s or Tolstoy’s imparts how much of the reader’s life will have that work woven in. While a cover alludes to the book’s identity, the spine indicates something about the book as well as the reader. Stacked side by side, books measure, at irregular, whimsical intervals, parts of a person’s life.

Considering the other forces vying to demarcate our time, dividing it up between mass shootings and other traumas, to encounter a packed bookshelf, a library, or a bookstore with a breathtaking procession of spines and all the potential therein—it is a relief to know that time can also look like that, that it could contain so many ways out, over, and through with those stories.

The spine is also an intimate place to touch something, or someone. It is a perceptive site; the spine tingles when something is wrong or off. A book spine, like a pole, magnetizes the right reader. The spine of Clarice Lispector’s Complete Stories makes it seem like a cosmos is concentrated in the writer’s lips. The only way to find out is to engage.

The cover can intimate to the reader what they are into in terms of style, but the spine is all substance without being straightforward. Anne Carson’s Nox stands out like a monolith. Its contents might be readable in a relatively brief period of time, but that spine attests to what a presence that book will come to occupy in a life that finds room for it: “In one sense it is a room I can never leave, perhaps dreadful for that. At the same time, a place composed entirely of entries.”

Likewise, it seems a weekend could contain what the slim and unassuming spines of Janet Malcolm’s Psychoanalysis: The Impossible Profession and The Journalist and the Murderer appear to promise. Then it comes down to the business of wrestling with them. A shelf full of spines pressed alongside each other says so much about what the reader can take on, but never reveals everything until they are read.

The appearance of an individual spine says a great deal about a reader’s relationship to their book. Ragged, creased, nearly broken spines demonstrate the indomitable persistence of a book to mark a life. The more pulverized the spine, the more unkillable the story, and there is no better advertisement for it. A sterling spine is suspect.

In My Ideal Bookshelf, Jane Mount and Thessaly La Force captured the appeal of a series of spines side by side. Even when assembled for some intention besides book spine poetry, a series of spines stacked together is as elegantly as a series of sentences on a page. They elicit a pleasure like Umberto Eco describes in The Infinity of Lists: “How, as a human being, does one face infinity?” Why not embrace infinity as containing as many books as one can squeeze or stack alongside each other until one after the other allures, is turned, and opened—maybe forever?

Kari Larsen is a writer and editor dwelling on the banks of the mighty Susquehanna. For more information, visit www.cold-rubies.com 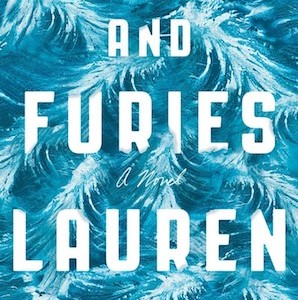 He listened to his wife’s breath even into snores and wondered how he had arrived here. Drunk, lonely, stewing in his failure....
© LitHub
Back to top