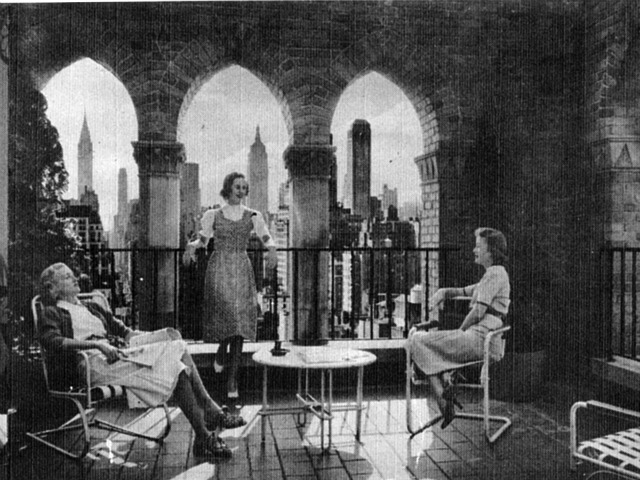 Where “Small-Town” Girls Tried to Make it in Manhattan

There are few buildings in New York as enshrined in American fiction as the Barbizon Hotel.

Often simply known as “The Barbizon,” the former hotel was long the popular living quarters for women to stay in when new to Manhattan, many of whom with aspirations of a permanent career in the city.

From the 1930s until sometime into the 1960s, the Barbizon was one the city’s most popular hotels for women, especially for provincial parents concerned for the welfare of their daughters new to New York and desperate to shield them from the apparent sins of the city. It hosted a pool of revered writers like Renata Adler and Joan Didion and successful actresses like Joan Crawford and Cloris Leachman.

The salmon-colored sandstone building is nestled in Manhattan’s Upper East Side, at 140 East 63rd. Although most often known for its impressive cluster of former residents, the Barbizon also has a distinguished, but often fraught, relationship to the fiction those writers went on to produce, especially during the 1950s and 1960s. Perhaps the most famous sketch of the place is Sylvia Plath’s version in The Bell Jar. In her novel, the hotel is renamed “The Amazon” and is portrayed as a stifling and stagnant enclave for her protagonist’s Esther Greenwood’s summer-long depressive lull in the city.

But now the former Barbizon Hotel is a making a notable return to literature.

In her forthcoming debut novel The Dollhouse, Fiona Davis draws on the hotel’s gloried past to present a set of parallel stories about life as a woman in the Barbizon. Telling the well-worn story of a wide-eyed young woman who moved there during the 1950s, Davis adds to that a modern-day story of a journalist obsessed with uncovering a strange death that took place there some decades earlier. Here Davis underscores the persistent cultural fascination many have had with the Barbizon and its enigmatic representation in writing. This is especially so since so many women who have shared their experiences there—or indeed fictionalized their time there—offer such contradictory responses.

Beyond Plath’s infamous retelling, the Barbizon has a strong association in popular culture as a rite-of-passage for “small-town” girls trying to make it in Manhattan. It acted as a kind nexus, bridging the old world of supervision and parental control with the alluring world of the city, energizing many of its residents with the prospect of work, freedom, and, of course, men. Part of the reason this narrative of the Barbizon has stuck is because of Mademoiselle magazine’s famous guest editorships. Beginning in the 1940s, Mademoiselle hosted high-school graduates from across the country in New York City as their “guest editors” for a month. Alumni of the program include Betsey Johnson, Joan Didion, and Ali MacGraw, all who completed their editorship while staying at the Barbizon. Didion, writing of her experience, said: “There were many perks, many glamorous stops for somebody from the Middle West, like me.”

During these Mademoiselle editorships, many of the girls breathlessly toured New York Times newsrooms, indulgently spooned caviar out of Italian crystal bowls at chic luncheons, or enjoyed cocktails at the glamorous apartment of a publisher, with the Barbizon acting as matronly shelter during their stay. In its peak years—between the late 1940s until the early 1960s—the Barbizon began to foster a competitive, aspirational atmosphere in its hallways. It had a rigorous application process and favored applicants with designated goals for their time in New York. Many former residents who were outside the realm of writing, including Crawford, Candice Bergen, and Liza Minnelli, demonstrate the way the landmark residence pushed its girls to succeed in their career goals—while also promoting itself as the best place for a young woman to realize them.

But for all the narratives about the glamour and wonder of staying at the Barbizon­, there were just as many darker ones. Plath, in the The Bell Jar, regarded her stay with the same cool cynicism that pervaded the rest of the unhappy summer she spent in the city:

This hotel—the Amazon—was for women only, and they were mostly girls my age with wealthy parents who wanted to be sure their daughters would be living where men couldn’t get at them and deceive them.

Renaming it the Amazon, Plath not only heightens the tropical temperatures of that “queer sultry summer” in the city, but also adds an animalistic, competitive connotation. Moreover, Plath deliberately exaggerates the Barbizon’s claustrophobic and imprisoning atmosphere, so much so that the hotel becomes analogous to the depressive feeling of being caught in an oppressive “bell jar.” It is only when her character throws her entire wardrobe off the top of the building that she experiences a brief moment of liberation in the cool night air, wondering “on what street or rooftop [her clothes] would come to rest.”

Even beyond those who went on to write about the Barbizon, many women experienced this angst during their tenure there. In the 1950s, a wave of suicides swept the hotel, many of which were regularly splashed across the New York tabloids and later deemed the “Barbizon suicides.” The paralyzing anxiety of living in such quarters afflicted many. Because so many of the women who lived in the Barbizon wanted to achieve predetermined goals in the city—career, creativity, or perhaps marriage—just as many left it rejected, lonely, and unfulfilled. Indeed, this is a subject that Davis picks up in The Dollhouse—a name that was often thrown around when referring to the Barbizon—with the character of Darby McLaughlin, a long-term elderly resident still living in one of the rent-controlled renovated condominium apartments.

Residences like the Barbizon become regular fixtures in writing by women between the 1950s and 1960s in novels like Mary McCarthy’s The Group (1963) and Rona Jaffe’s The Best of Everything (1958), but as times changed, so too did the Barbizon’s place in fiction. The racy novels of the 1960s moved away from the more conservative tales of women seeking fulfillment through courtship and career goals. Writers like Jacqueline Susann and Jackie Collins housed their characters in these women-only residences in order to elevate the transgressive romantic and sexual entanglements their characters got caught up in. For male writers, the Barbizon was a kind of enigma, one that John Updike and Herman Wouk both briefly featured.

The Barbizon’s recent literary renaissance is rooted in a nostalgia for its fabled past and dictated by its recent transformation from a hotel into a luxury apartment complex. Thanks are owed to Michael Callahan’s notable Vanity Fair story on the building, which not only only mined uncharted cultural history but also sourced varied accounts from an enormous pool of former residents about their experiences living there.

Callahan used this research as the basis for his own novel, Searching For Grace Kelly (2015), which is also set in the Barbizon. Elizabeth Winder’s 2014 study of Plath’s summer in New York Pain, Parties, Work, introduced a new readership to life at the Barbizon, augmenting many of the noticeable gaps left in popular accounts of Plath’s summer working as a guest editor at Mademoiselle. And now there is The Dollhouse, which bridges the gloried 1950s past with a more contemporary take, offering rich glimpses into the Barbizon’s now refurbished status.

Now called the “Barbizon 63,” the building has been transformed into a luxury apartment building for New York’s elite, with apartments fetching millions of dollars at an enviable Upper East Side address. According to a report from 2006, there were still more than ten women living in the building under New York’s rent-controlled arrangements, suggesting some of the residents from the hotel’s early days have remained.

Given the way so many women responded in so many different, often contrary, ways about their stay at the Barbizon, it’s no wonder that our fascination with this enigmatic building persists. This has perhaps only been compounded by the fact that our access to the Barbizon is now even further restricted—not by gender, but by class, thanks to the enormous price tags attached its renovated apartments. For those who succeeded in the city and thrived on the aspirational demands the hotel placed on its residents, it was surely sheer heaven. But for others, like Plath, it only brought out inner anxiety: “The trouble was, I had been inadequate all along, I simply hadn’t thought about it.” 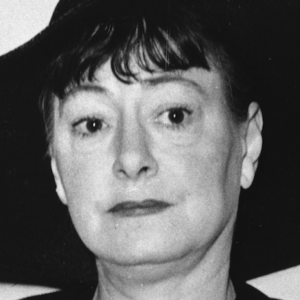 How the writer listens: Nobel Laureate Svetlana Alexievich in conversation with John Freeman, plus an excerpt from Alexievich's Secondhand...
© LitHub
Back to top