Michael Lindgren on One of the All-Time Greats

The first issue of Sports Illustrated was published on August 16, 1954. The cover — a lush full-color photograph of the Milwaukee Braves’ Eddie Mathews batting in front of an overflow crowd — and the jaunty, slangy writing within gave notice that this was to be a new, fully modern kind of sports magazine, one built on “defying intellectual and cultural superciliousness,” in the words of historian Alan Tomlinson. At its peak, SI had 23 million subscribers. And one of them, beginning at the age of say ten, was me.

At that age one’s mind is still soft clay, of course, and I have a vague memory of making an offhand comment, to my father, that it wasn’t just the world-class photography or the much-reviled swimsuit issue that I liked about SI so much as the writing — a distinction I was at some pains to make. The article I was reading, some long-forgotten profile of a player or coach, contained a description of its morose subject “pushing his chicken around his plate as if he had known its family personally” — a fairly typical example of what in SI passed for wit. I thought it was pretty funny.

“This is terrible,” said my father, shaking his head. “If you want good sportswriting, you should read the New Yorker.”

I was offended and incredulous. The New Yorker?! That tired, dull, boring-grown-up thing? With no photos? Forget about it. And I did.

The intersection of writing and baseball, two of the most important things in my life, is of course where Roger Angell, who died on Friday, May 20, made his living. It takes gumption for me to speak of my “influences,” as though I were being interviewed in the Paris Review, but I can say nonetheless that Angell’s peerless writing about baseball over the course of a quarter century was my single biggest inspiration and model. I learned how to write by reading Roger Angell.

The subtlest element of Angell’s work and legacy was a consistent sense of great… decency. He was too elegant and suave to lapse very often into anger or despair.

Angell started writing about baseball for the New Yorker in 1963, and with the exception of a few desultory codas, his last long piece was on the World Series of 1986. Every year, he wrote a spring training piece, a midseason report, and a World Series recap; these missives were interspliced with stand-alone essays on subjects varying from the art of catching to a long profile of Cardinals pitcher Bob Gibson — possibly the best profile of any artist or performer I have ever read. Taken together, as they were in four hardcover collections published between 1970 and 1988, they compose an extraordinary document.

I first started reading those hardcovers, in their Boston Public Library plastic slip-cases, during the summer of 1989, when I was living alone in Boston. They changed me. It is forever difficult to anatomize great prose, but Angell’s writing was so vivid and precise, so fluid and musical and effortlessly eloquent, that it permanently altered the rhythms of the language as it lives in my mind. To this day, when writing a book review or essay or what have you, I will write a sentence that I am pleased with and realize, in the very act of typing the words, that I am subconsciously imitating Angell.

He had wit and style. He was capable of constructing long, complex passages that remained somehow perfectly balanced, and yet he could also unleash a simple declarative sentence that hit you right in the ribs. And he wasn’t afraid of big words: he once described Roberto Clemente’s play as “effulgent,” and the word has been in my back pocket ever since. I carry around with me in my mind, like a verbal talisman, this sentence, from his tribute to the great Tigers outfielder Al Kaline:

Never a superstar or a true slugger, he seemed always able to perform at a level very close to the peak of his ability, and the fealty he aroused was almost religious in its ardor.

Three clauses: one a qualifier, one an abstraction, and one a description, each metrically perfect — a little Zen triangle of prose. The sentence is unimaginable in Sports Illustrated.

David Shields’s book Remote is in part a list of apothegms, one of which runs: Male book reviewers in major metropolitan areas are always, always rabid baseball fans. In this, as in so many ways, I play true to type. I have been a baseball fan my whole life, and I have been to hundreds of games.

Baseball to me means joy, grit, romance, alcohol, love, family, history, camaraderie, and friendship. It means sunshine and cold beer and hot dogs with mustard, it means office softball games played on grassy fields in the fading dusk, it means a pretty girlfriend in a Houston Astros cap. It means somnolent play-by-play voices on the radio in the darkness; it means watching the Red Sox on TV in a beery city tavern, with your elbows up on the bar. It means that I can remember a throw I made from deep center field to home to nab a runner at the plate in a Pee-Wee League game in 1978. Angell understood all of these things, and more, and all of this is contained, with an eloquence far superior to mine, within his oeuvre.

That baseball, something I had loved and played and followed as a boy with complete un-self-consciousness, could be the engine of great writing was a revelation.

A curious side effect of my immersion in Angell’s work is that I have a better memory of the games he described in his essays, some of which were played before I was born, than I do of games I have been to and watched. I can tell you at length about the roster and personnel of the 1979 Baltimore Orioles, but I could not tell you, without quite a bit of mental effort, who won the World Series in 2016 — Royals-Mets, right? [Ed. — The Chicago Cubs defeated the Cleveland Indians by four games to three in the 2016 World Series].

This seems faintly pathetic, but it is also an extraordinary testament to the potency of the written word. It’s both liberating and empowering, for it reinforces the idea, a cornerstone of the entire modernist ethos, that no subject is unworthy of analysis, exposition, expression. The peregrinations of an unexceptional Dublin man, the troubles of a middle-aged traveling salesman, a meaningless spring training game in 1974, all, when rendered with exquisite attention, can ascend to the level of the sublime.

That baseball, something I had loved and played and followed as a boy with complete un-self-consciousness, could be the engine of great writing was a revelation. I lack the words to explain how profoundly important this was to me. The discourse in general, then, had not quite yet reached that disconcerting place where any manifestation of popular culture, no matter how gimmicky or crude, had been valorized as equally worthy of lengthy and articulate analysis. There still seemed to be some invisible boundary between the sanctified sphere of literature and the dirt and heat and violence of sport, and to see this boundary transcended with such elan was eye-opening.

Roger Angell made me a better baseball fan, and he made me a better writer, and the melding of the two, the intermingling of these beautiful and difficult structures, was and is fundamental to my sense of myself and the world. Reading him was how I learned to be a fan, and a writer, and by some mysterious transitive agency, a person.

Regarding this last, the subtlest element of Angell’s work and legacy was a consistent sense of great… decency. He was too elegant and suave to lapse very often into anger or despair, but beneath his mellifluous cadences lurked the moral integrity of an old-fashioned liberal. He was consistently against vulgarity, greed, and narrow-mindedness, whether writing in support of women sportswriters’ right to equal access to the locker room, or with sympathy and concern about the drug problems that beset many of the young stars of the 1970s and 80s.

Roger Angell’s sensibility was emotionally generous, and his subjects sensed this and responded with great warmth. (In his unshowy way, he was one of the great interviewers of his or any time.) He wanted to see the players and managers and fans in their best light; in doing so, he showed us ourselves in our best light. There will not be another like him.

Michael Lindgren is a writer, critic, and former bookseller. He is the managing editor at Melville House. 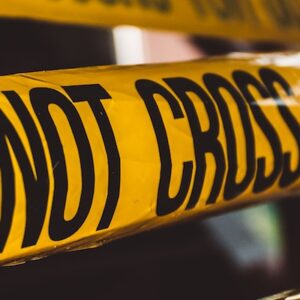 Looking for Answers After the Murder of a Dear Friend and Little Brother In the first years of my journalism career I was a hip-hop-obsessed music writer who’d never made a Freedom of Information...
© LitHub
Back to top