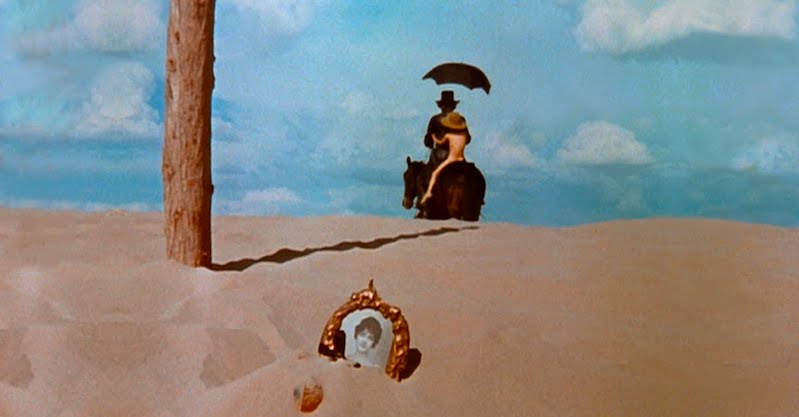 On the Anti-Western Genre Set in America’s Surreal Borderlands

There is a common saying that everything one needs to know about America can be learned from watching Westerns. No description is even needed, for the story of a noble gunslinging hero set against the boundless American horizon, quicker to the draw than anyone else, is ingrained in American consciousness. All the mythmaking America has to offer can be found in Westerns: the inevitability of expansion from coast to coast coined as Manifest Destiny, the image of white people as the first true settlers, and of course the constant struggle against the savage natives, always lurking in the margins, threatening American nobility and progress with their otherness.

This mythology takes an interesting turn when it comes to the US-Mexico border, where the wall that separates the two countries also divides Americans in many respects—politically, socially, and ideologically. The border wall has become a symbol of keeping the American ideal that Westerns helped create secure. The dream of expanding the wall “from sea to shining sea” eerily mirrors the expansionist ideology of Manifest Destiny, except this time it’s about keeping the empire secure.

Indeed, the vast majority of stories that get through the border into the US are of drug lords and drug-related violence. The myth of job-stealing, disease-carrying, criminal immigrants, constantly on the verge of bursting through America’s borders, seems like a distorted reflection of the old fear of the savage natives.

In 2012, I was living in New York and feeling compelled to respond to the deluge of violence that had taken Mexico to a new low of lawlessness. Six years earlier, newly elected President Felipe Calderón sent waves of military troops by the thousands to confront the drug cartels in Michoacán, the state where my family is from.

This was considered by many a rash move by the new president to win public favor and gain legitimacy after a fraudulent election. Consequently, this also set the stage for the clash between the drug cartels and the Mexican military—a clash that would set off a tidal wave of bloodshed that engulfed Mexico in a war that turned the already fragile socio-economic order of the country topsy-turvy.

I resolved to write about individuals on a journey of self-actualization despite living in such a climate of violence.

Inland, the military charge fragmented cartel leadership, leaving the splintered groups to war for power from Sinaloa to Tamaulipas. Towns throughout Michoacán were held captive by the violence, mayors were routinely assassinated. Extortion, kidnappings, seizure of avocado orchards, fuel theft, and cargo robberies on highways all became avenues for criminal enterprise. The annual road trip to see my extended family became something of the past.

In cities like Morelia, Michoacán’s capital, grenades were thrown into the crowded main plaza on Mexico’s Independence Day. Public spaces became haunted by memories of carnage. At the border, the city of Juarez experienced roughly 3,700 homicides in a single year. El Paso, its sister city on the American side of the wall, recorded just five. On the surface, this might seem to illustrate the stark contrast between two cultures, but it’s important to remember the colossal demand in the US that has made the drug trade in Mexico a multibillion-dollar market.

Feeling distant, far from family and the place that has given me the deepest sense of home, I resolved to write about individuals on a journey of self-actualization despite living in such a climate of violence, but I wanted to take that further—there were already enough portrayals of economic empowerment and ego empowerment—and make it a quest for a kind of enlightenment.

Certainly, something that could be seen as an extravagance in a world of murder, corruption, and state-sponsored violence. But this journey can also be seen as one of our most basic needs. Underneath everything we do is the quest to arrive.

The term “Acid Western” was first used to describe Alejandro Jodorowsky’s 1970 cult classic film, El Topo. But in essence, the term surfaced after a series of post-Westerns, or anti-Westerns, films such as The Shooting, Ride in the Whirlwind, and The Wild Bunch, attempted to subvert the conventional Western narrative portrayed by Hollywood for the better part of a century. These films gave a more sobering portrayal of the American dream, and some even articulated the nightmare.

The spaghetti westerns of Sergio Leone (The Good, The Bad & The Ugly; Once Upon A Time in The West) gave the genre an artful, brooding, dark side. By the time El Topo arrived, the stage was set for a film to turn the Western genre inside out. In Jodorowsky’s film, we follow a black-clad gunslinger on a journey to defeat four masters in the desert, each battle having a philosophical, riddle-like element to it, that ultimately leads to the protagonist’s death and rebirth.

There are scenes from the film that still haunt me no matter how many times I see them. When El Topo defeats the first master in a duel, using a trap dug into the sand to shoot him as he falls, there is a white horse that presumably catches him at the moment of his death and rushes him off as he rides in an ecstasy of release.

This moment, rendered in slow motion and in silence, still takes my breath away. After the first master’s demise, his servant, a man composed of two men—a legless man sitting on the shoulders of an armless man—charge towards El Topo who is inconsolable with regret and self-loathing.

I felt an immediate kinship with the imagery and syntax of El Topo, in its willingness to express the deeply pathetic aspect of violence. I saw in the way Jodorowsky sequenced images, the way he disembodied conventions at their root and in a broader sense, a reflection of what I wanted to do with poetry. This type of image-making, surreal yet visceral, seemed appropriate for the climate of terror the drug war created.

The most tragic aspect of the drug war for me are the people whose futures are held hostage, people who are caught in between state-sponsored greed and the rags-to-riches desperation that it creates in the dispossessed. In Jodorowsky’s film, a Topo (literally a mole) is someone who “digs tunnels under the earth, looking for the sun. Sometimes he gets to the surface. When he sees the sun, he is blinded.”

The film’s central metaphor brought to mind the network of tunnels used by the cartels for smuggling, made infamous by El Chapo. But I wasn’t interested in writing about drug lords, sicarios, or police. I wanted to write about individuals with intense inner worlds and envisioned the two protagonists of my poems, Consuelo and Topito, as Topos in the making, searching the depths of themselves while trying to navigate through the mutilated world around them.

I wanted to write about people whose ambitions are immaterial as much as they are material—because this is also what goes missing. This is also what does not make it to the other side.

The Spiritual Journey of Alejandro Jodorowsky by Alejandro Jodorowsky
What About This by Frank Stanford
True Tales of Another Mexico by Sam Quiñones
El Hombre Sin Cabeza by Sergio González Rodríguez
Jesús Malverde by Manuel Esquivel,
Poemas Humanas/Human Poems by Cesar Vallejo,
Nostalgia for Death & Hieroglyphs of Desire by Xavier Villarrutia

Mike Soto is a first generation Mexican American, raised in East Dallas and in a small town in Michoacán. He is the author of the chapbooks, Beyond the Shadow’s Ink, and most recently Dallas Spleen. He received his MFA from Sarah Lawrence College, & was awarded the James Merrill Poetry Fellowship by Vermont Studio Center in 2019. A Grave Is Given Supper is his debut collection of poetry. 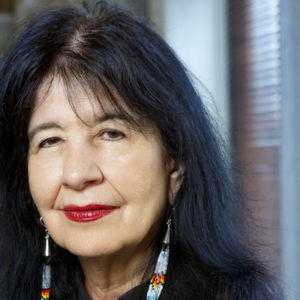 We begin with the land. We emerge from the earth of our mother, and our bodies will be returned to earth. We are the land....
© LitHub
Back to top